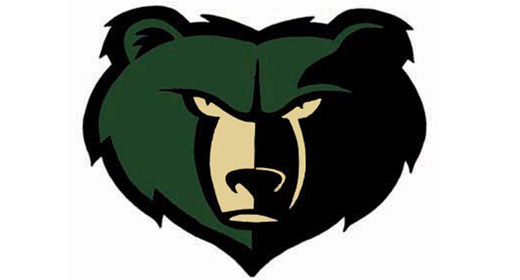 After the dust settles out at Basha High School in the next few days after the announcement of Bernie Busken’s retirement, filling a great coaching opportunity will watched with a close eye.

The Basha job feels more of a college football opening to me than a high school one based on the action on social media and from calls and texts I received. It is mainly because of the great talent out there in the south east valley. With the open enrollment, the opportunity to keep good players at the school will be key for whomever steps in next.

There have been some names I have heard on Tuesday that have stood out as interesting people to keep an eye on for the opening with the Bears.

The first, Deke Schutes. He is a long time offensive coordinator of the Hamilton High School staff under Steve Belles. We have seen in the past that the Chandler School District is big on promoting within. No that didn’t exactly happen when Busken was first hired but it was recently the case when Chandler hired Shaun Aguano who was an assistant under Jim Ewan. Schutes was a quarterback East Central University in Oklahoma from 1988-1991 and coached at McClintock and Chandler High School before joining the Hamilton staff. I have heard that he also happens to have a son who will be going to Basha next year.

A second name is Williams Field Head Coach Steve Campbell. The former Arizona State Quarterback has done an absolutely remarkable job making Williams Field a perennial power at the division III level. They have been one of the winningest programs in the state over the last several seasons. It could be argued why Campbell would leave such a good thing, but maybe an opportunity to coach at the division I level in the Chandler Bermuda Triangle could be one of the few things that pries him away.

Campbell was originally hired at Williams Field by Marcus Williams who is now the District Athletic Director for CUSD. He is very highly regarded and the relationship he has with Williams is one to keep an eye on.

The last person might shock some people and it is probably the least likely of the three. But that is ASU Coordinator of Football Operations and former state champion Saguaro head coach, John Sanders. He is going into his third year in this role in Tempe and maybe he would have an interest in the opportunity to coach at this highest level of high school before calling it a career. He did leave the Arizona high school under weird terms after winning  state championship but also in the same year opting to sit his starters (like D.J. Foster) in the rivalry game against Chaparral which caused a ton of controversy in Scottsdale.

One fact to make note of to get an idea of just how big of a job opening this is. Last time it was open, there were three college level assistant coaches who applied for it. That should be the case once again this time around. There also could be other people in similar situations to Steve Campbell that could leave their schools for this. Plus, there are big names like former ASU quarterback Rudy Carpenter expressing on Twitter how much he would love this job.

Should be a very intriguing couple of weeks ahead.