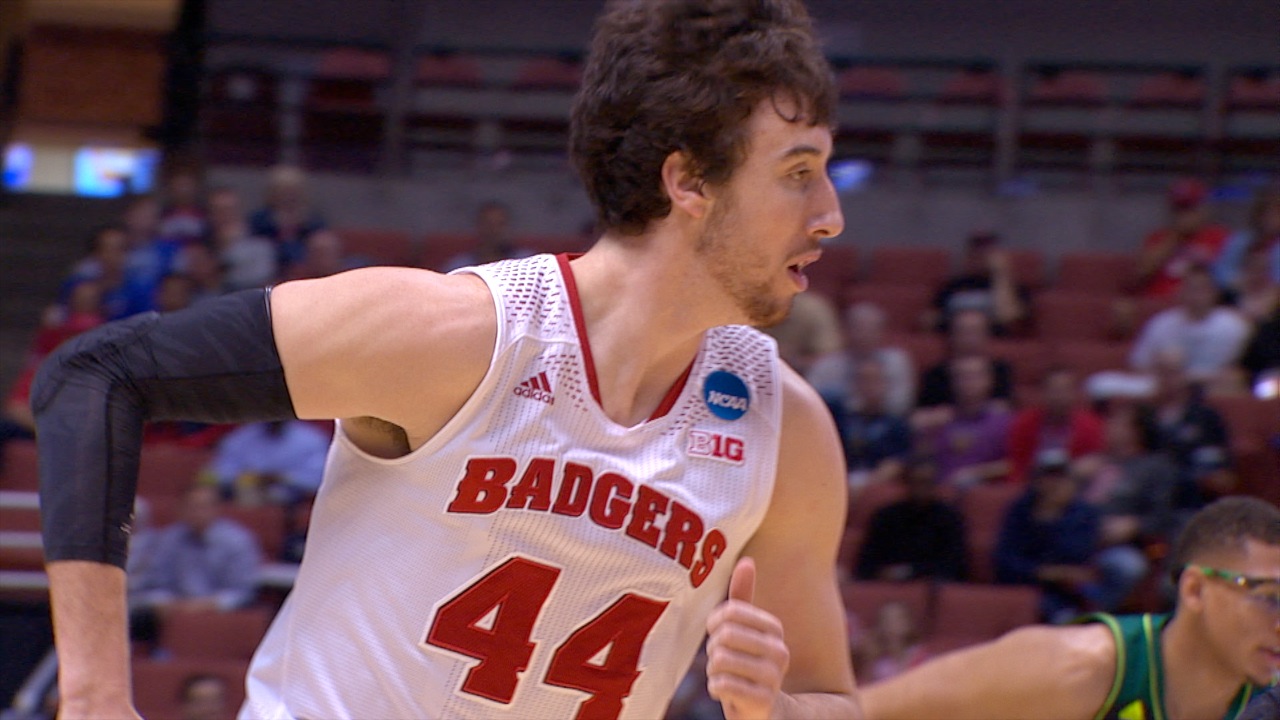 ANAHEIM, CA–College basketball is a game played by skilled athletes.

Frank Kaminsky isn’t just a skilled athlete. The Wisconsin junior happens to be seven-feet tall with ball handling and passing skills which would make some of the best guards in the country jealous. His ability to change the game at both ends of the floor has drawn plenty of attention from Arizona head coach Sean Miller’s Wildcats who battle the Badgers in the Elite Eight Saturday evening at Honda Center. The winner will be headed to the Final Four next weekend in Arlington, Texas.

“He’s so unique,” Miller told the assembled media Friday afternoon during the ‘Cats media availability. “He’s such a skilled player facing the basket as a center…first-team All-Big 10 player. No matter what team you watch him play against he’s a tough matchup.”

The Baylor Bears got an up-close and personal look Thursday in the regional semi-finals as the Illinois native scored a game-high 19 points and added six blocks as the Badgers rolled to an easy 69-52 win. Kaminsky also helped break down Baylor’s zone defense which proved effective in their two opening round wins.

It’s easy to see where Kaminsky gets his athletic prowess. His dad played college basketball at Lewis University in Romeoville, Illinois while his mom was a volleyball star at Northwestern.

“Very bright,” Wisconsin head coach Bo Ryan said of his leading scorer. “A family with a sports background. That helps. There’s that in his background.”

Kaminsky being a late-bloomer also benefitted Ryan’s team. His growth spurt didn’t stunt his ball-handling and footwork which has helped elevate his game to another level after playing spot minutes last season behind a trio of seniors. His scoring jumped from 4.2 points per game to 13.6 this season. He’s also grabbing nearly five more rebounds per game while shooting 52% from the field.

Look for UofA to use versatile freshman wing Aaron Gordon on Kaminsky if center Kaleb Tarczewski struggles against his quickness, particularly on the perimeter.

Tip-off is set for 5:49 Saturday evening.