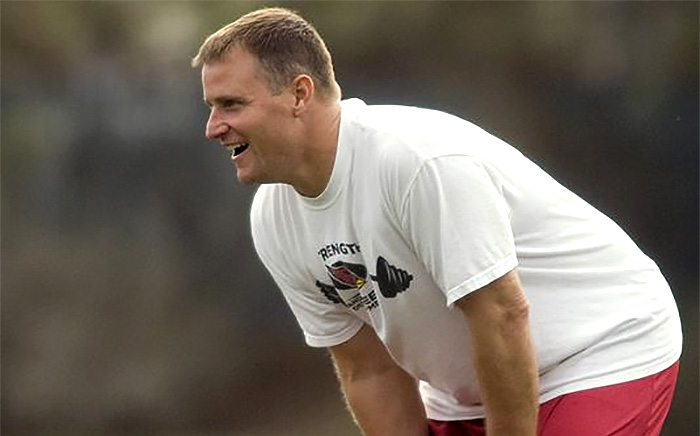 “Get your mind right”

The Arizona Cardinals won two NFC West division titles while John Lott served as the strength and conditioning coach. He never made a tackle or caught a ball, but he brought something to the Cardinals that was missing. How many other teams in history of the franchise made a Super Bowl?

In his seven years with the Cardinals, just two losing seasons. Not bad.
He introduced Camelback Mountain to rookies, he instituted a tough weight room environment that was missing before he arrived. How about winning an NFL record four overtime games in one season? Gotta “get your mind right” to finish games strong.
You have to credit John Lott for helping reshape Kurt Warners body when he came off the scrapheap from the New York Giants.

Strength coaches come and go, it’s part of the deal in the NFL, I was actually surprised he lasted with the team after Ken Whisenhunt departed. Bruce Arians has every right to get his own guy.

“Get your mind right” will go down as part of the Cardinals Super Bowl run. That can’t be taken away from him.