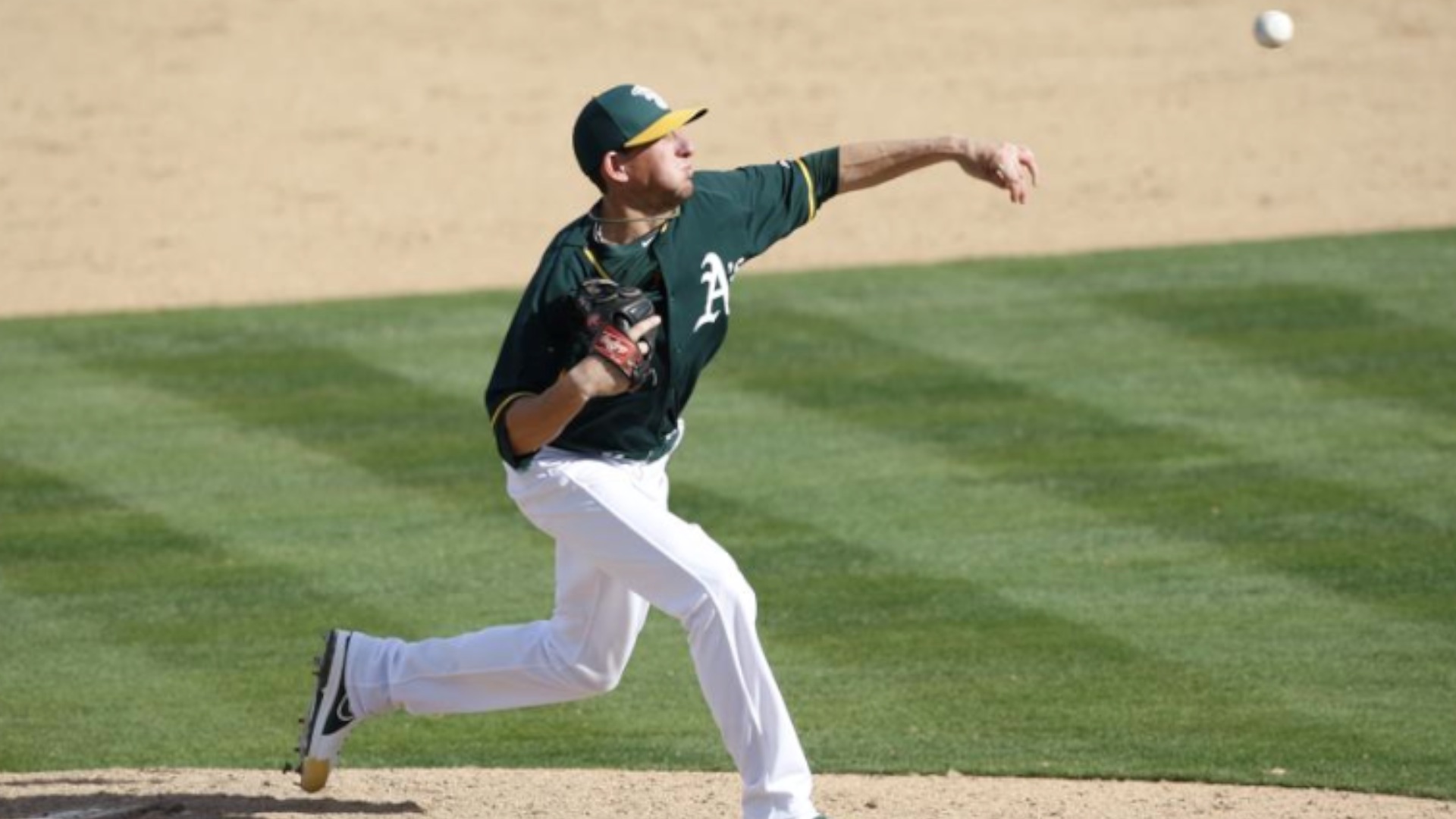 Anyone parent, teacher, employer, etc. will stress the importance of making a great first impression. This spring over at Phoenix Municipal Stadium, one Oakland A’s pitcher was finally given the opportunity to make that first impression at the major league level.

Jeff Urlaub has been pitching in Arizona his entire life. From being a stud in the Horizon little league, a lights out pitcher for the state champion Horizon Huskies through 2005 and one of the most relied upon relievers for Pat Murphy while at Arizona State. After spending a few years coming up the ranks in the Oakland A’s organization, Urlaub this spring finally got a shot to really show what he is made of at the Major League level.

“It was crazy,” Urlaub explained. “I’ve been called over a few times but have never gotten the chance to pitch. Watching the game, you have to stay mentally focused in case you do get called. When they did actually tell me to get up and get going, it was a rush.”

On March 2nd against the Angels at Tempe Diablo Stadium, Urlaub was brought in to get one out with the tying run at the plate. All that on his shoulders on top of the fact that it was his first time ever making an appearance with a Major League team.

“I almost didn’t know what to do,” he said. “I got ready as quick as I could and the next thing I know, I am thrown in the game facing the tying runner at the plate. And I thought to myself ‘ok here we go!’ Nerves, couldn’t breathe, heart racing. It was probably the most nerve wracking thing I’ve ever done.”

The outing was so unexpected, only his Dad was able to make it out to the ballpark in time to see it. His fiancé and other members of his family were forced to watch it on television.

Urlaub called this off-season the “most important of his career.” He first was given the oppotunity to pitch in the Arizona Fall League and then as mentioned during the spring, the chance to be given a look at the Triple-A and Major League level after spending all last season in Double-A.

That first impression in the game against the Angels gave Urlaub the chance to pitch a few times again with the A’s while bouncing up and down from Triple-A. Through this week he threw 3.1 big league innings allowing just one hit and one strikeout in his first three appearances.

Though the first shot at this level brought out nerves for Urlaub, guidance he has received over the years had him ready. Having played with players like Brandon Wood, Tim Alderson, Matt Hall, Mike Leake, Ike Davis and others from his days at Horizon and at ASU who have received their shot at the big’s, advice was thrown to him for when he finally got that first shot.

“Really they say just to go out there and play your game,” Urlaub mentioned. “Don’t try to be somebody you’re not because nothing good can happen with that…They just tell me to be ready when you get your shot because you really only get one first impression with a big league manager and if you give a good first impression, you’re going to keep going back.”

Urlaub will begin his 2014 season at the Triple-A level with the Sacramento River Cats and now after this spring has the mind set of it is no longer a matter of if, but a matter of when he will get his first call to the Major Leagues.