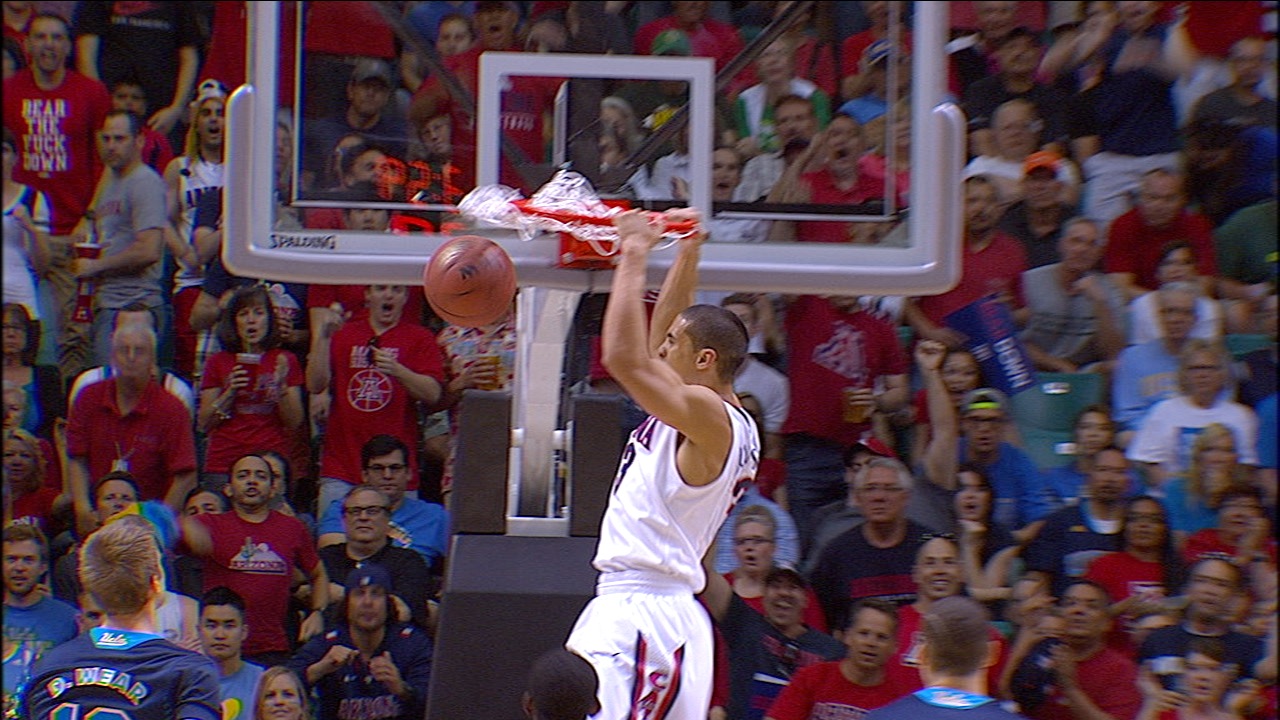 Despite coming up short again in the Pac-12 Conference Championship Saturday in Las Vegas the University of Arizona men’s basketball team has their sites on a much bigger goal which starts Friday in San Diego.

The top-seeded, re-focused Wildcats (30-4) face Big Sky champion Weber State (19-11) in the first-round of the NCAA tournament. UofA is aware of the hurdles they’ll face over the next couple weeks but believe the program is positioned well not only this year but in the future, as well.

“Who knows what will happen this NCAA tournament basketball season,” athletic director Greg Byrne explained to Brad Cesmat Monday. “You also have to have some luck along the way to win [the title]. We think we’re in a really good position this year but more importantly we’re in a good position hopefully for many years of success to come.”

One troublesome area for the ‘Cats at times this season has been free-throw shooting. UofA was awful in their loss to UCLA over the weekend.

“It’s tough to win when you go six-for-16 from the line,” Miller said. “If we would have shot better from the free-throw line we would have been in the winner’s circle. There’s not a doubt in my mind about that.”

Byrne says the inconsistencies are puzzling.

“They’re been games where we’ve made all of them and games like Saturday’s where obviously it was a struggle for us,” Byrne explained to Sports360AZ.com  “We need to go out and shoot 65, 70% to make sure that’s not an issue.”

Regardless, Byrne knows the ‘Cats are battle-tested heading into this weekend.

“We did a really good job of challenging ourselves from a non-conference standpoint,” he said. “Going to Michigan, playing Duke in [Madison Square Garden]…going over to San Diego State. That reflected well in getting us a number one seed.”

The battle of Wildcats (Arizona, Weber State) will tip off Friday morning at 11:10.

Sports360AZ.com will provide complete, on-site coverage of UofA basketball throughout their tourney run this season.