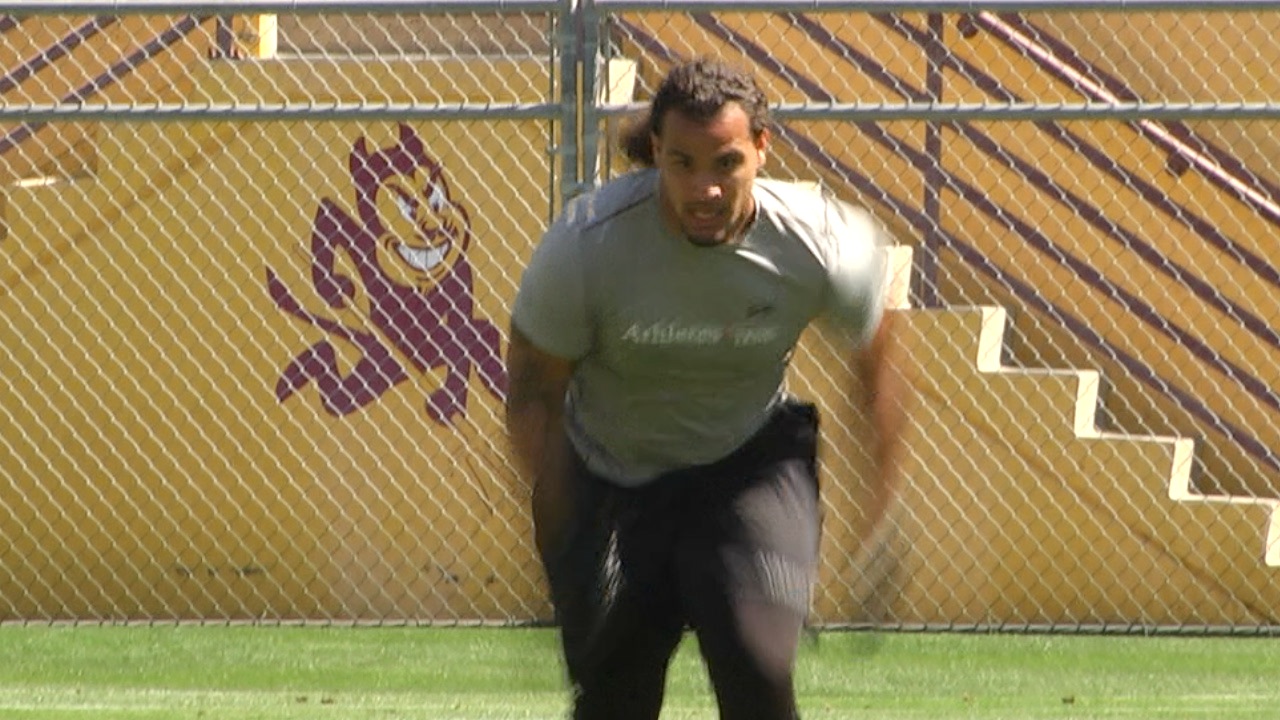 Months of hard work came down to a matter of minutes for a collection of former Arizona State football players Friday at ASU’s annual Pro Day.

NFL scouts and personnel from around the league watched players lift weights in the morning then workout under the sunny Tempe skies in the afternoon. The common goal for the 25 players was to showcase their strength, speed and quickness as teams continue to build their boards for May’s draft.

The first activity after weights and stretching was the 40-yard dash which helped the players release some of their pent-up nerves associated with the auditions.

“Oh yeah, I mean there was a lot of nerves,” cornerback Osahon Irabor told Sports360AZ.com after. “It’s good to get the 40 over with first because that’s the one you’re worried about. Making sure you don’t do too bad.”

Not all players participated fully. Will Sutton and Carl Bradford, both who attended the NFL Combine last month, didn’t participate in weight room testing. Running back Marion Grice was present but didn’t participate in any drills after, according to him, sustaining a fibula fracture last season. Grice says he’s fully healthy and will hold his own Pro Day April 8.

Bradford appeared to be one of the biggest winners improving his 4.76 Combine effort to 4.64 which would be third fastest from the Combine linebackers who ran. His efforts caught the attention of NFL reps on Friday.

A handful of former Sun Devils with NFL experience on their resume, including wide receivers Derek Hagan, LeQuan Lewis and Mike Willie, along with cornerback Justin Tryon also worked out.

Darby, whose versatility allows him to play cornerback, nickel or safety was asked if he was nervous.

“A little bit but at the end of the day it’s just football.”