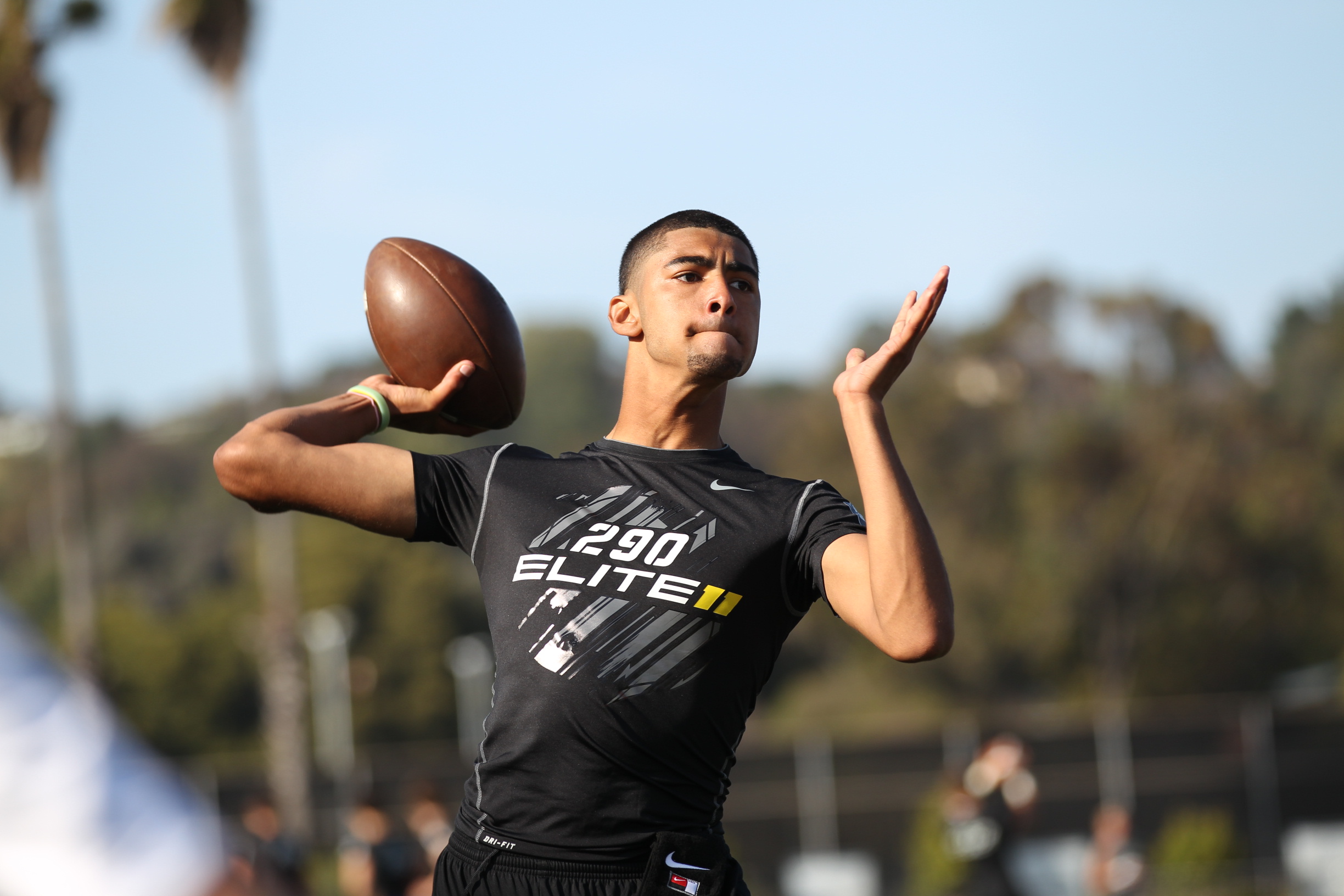 It was love at first site for Manny Wilkins and Arizona State.

The 6’3, 185-pound incoming freshman quarterback from northern California has been living life as a Sun Devil since first committing to deputy head coach Mike Norvell last May. Whether tweeting about ASU games during his senior season, watching DVR broadcasts to get a better grasp of the offense or helping recruit others to Tempe, the San Marin High standout is already preparing to make an impact when he arrives in the fall.

Tallying 36 touchdowns and close to 3000 total yards as a senior it’s easy to see why he’s regarded as one of the top signal-callers on the west coast.

“A lot of ways he reminded me of Jameis Winston at the same age,” renowned quarterback guru George Whitfield told Sports360AZ.com at the NFL Combine in Indianapolis last month. “He comes [to ASU] with an awful lot of wow factor.”

A true student of the game, Wilkins caught the attention of Whitfield who has worked with and mentored Donovan McNabb, Andrew Luck and Ben Roethlisberger among others.

“Smart,” Whitfield said of Wilkins. “Very good vision. He brings a few different elements to the game. He’s dynamic. He can get out of trouble [with his feet]. He’s got rare arm talent for such a youngster.”

He said despite Winston and Wilkins both being lanky and skinny as 17 and 18-year olds, both had “big arms that could threaten you with the width and depth of the field.”

The founder of Whitfield Athletix says Wilkins’ frame can easily add bulk and strength, without losing quickness, once he enters the Sun Devils’ weight and training program this summer.

Wilkins, along with Coltin Gerhart, were the two quarterbacks ASU signed in February. Many believe Wilkins is the likely candidate to take over for incumbent All Pac-12 second-team performer Taylor Kelly who’s entering his senior season.