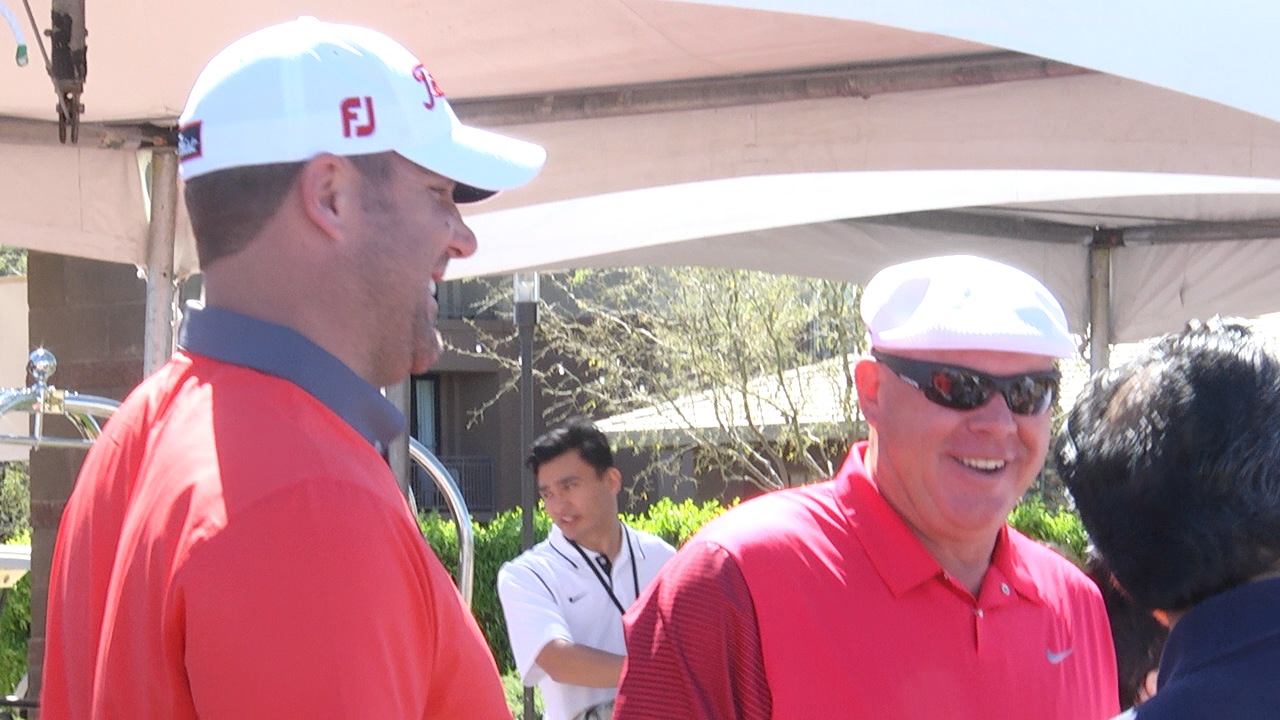 Everyone knows the type of impact former Arizona Cardinals quarterback Kurt Warner and current head coach Bruce Arians have made on the field but it’s what they do off it which has touched the lives of those close to them and most importantly those in need.

Saturday both hosted star-studded charity events in the east Valley raising awareness and thousands of dollars to those less fortunate.

Arians, who led the Cardinals to double-digit wins in his first season last fall, held his inaugural Celebrity Golf Classic in his namesake at the Westin Kierland in north Scottsdale. The Arians Family Foundation focuses on preventing abuse and neglect among children. The foundation’s motto is “A Voice For Children.”

“We have 10,000 children in foster care that need our help,” Arians said during the event. “That’s what it’s all about. To have the players and celebrities [attend] it’s more than gratifying to our family.”

A number of BA’s current players attended including quarterback Carson Palmer, cornerback Patrick Peterson and wide receiver Andre Roberts. Two of Arians’ past quarterbacks, Pittsburgh’s Ben Roethlisberger and Andrew Luck of the Colts also made the trip out to the desert to support their former coach.

“He’s like a father-figure to me,” Roethlisberger said of Arians. “I’m just truly blessed to have that relationship…I’m the player I am today because of him.”

“It’s just another great day to raise a bunch of money for charity,” Warner told Sports360AZ.com between flag football games. “I’m just blessed to have people continue to support what we do.”

Warner’s efforts in the community don’t go unnoticed to his former teammate.

“It’s monumental,” Fitzgerald told Sports360AZ.com describing Warner’s commitment to the annual event. “He puts in so much hard work and dedication. He could be doing anything…but he chooses to be out here giving back. That’s a testament to him and his wife [Brenda].”

In the end Drew Bledsoe’s team defeated RGIII’s to win the 2014 title.

Saturday everybody won thanks to the efforts of Arians and Warner and the athletes and celebrities who took time out of their schedule to support two wonderful causes.