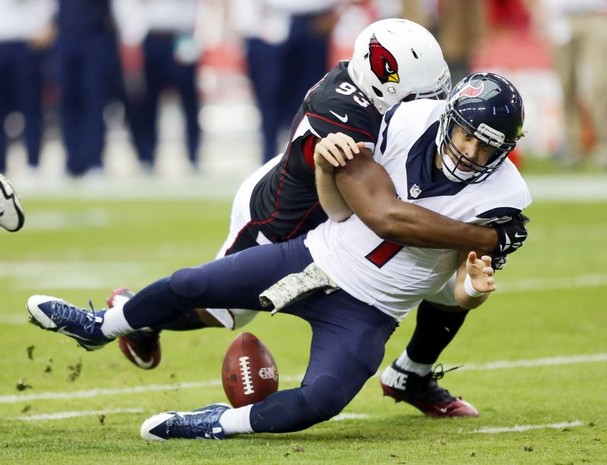 A year ago the Arizona Cardinals future was filled with uncertainty. After an unexpected 10-6 season the uncertainly has shifted to optimism from people both inside and outside the organization.

The culture change established by Steve Keim, Bruce Arians and the staff helped re-establish the league-wide credibility Ken Whisenhunt worked so hard for when he took over in 2007. Carson Palmer, although at times inconsistent, brought much-needed experience and production to the quarterback spot and Arizona’s patch-work offensive line, despite injuries and personnel changes, improved as the season went on.

One constant no one questioned was defensively where Todd Bowles’ unit shined, helping keep the Bird Gang in nearly every game, even when Palmer and the offense wasn’t producing.

“I’m going to tell you the truth, when I look at the Arizona Cardinals defense they’re just as good as anybody else in the league,” former Cardinal Pro-Bowl linebacker and Broncos Super Bowl Champion linebacker Seth Joyner explained to Sports360AZ.com’s Brad Cesmat Monday. “I think what Seattle has done will inspire all these defenses…they’re an old-school defense. Pete Carroll has proven the old-school method still works. I’ve always said no matter how much they try to change the game, the game will always stay the same. You gotta block, tackle, run, stop the run. Those things will never change even if the league is trying to make the quarterback the preeminent player and trying to impress upon the league score, score, score. When I look at the Arizona Cardinals, their defense is just as capable of being just as dominant as the Seattle Seahawks.”

Joyner said the Red Birds offense needs some work, starting with Palmer who’s had an excellent career but isn’t “the guy” to take them to the next level. In the backfield he’s convinced Andre Ellington is ready to take the next step and be an every down back by adding more strength to his frame and experience on the field. Joyner compared the 2013 sixth-round pick’s versatility to Jamaal Charles and Percy Harvin.

“The Arizona Cardinals are right there, they’re right there,” he explained. “But their offense is that peace and mindset that has taken Seattle four years to build. Bruce Arians is probably going to need another year or two to change that mindset. They’re not that far away.”