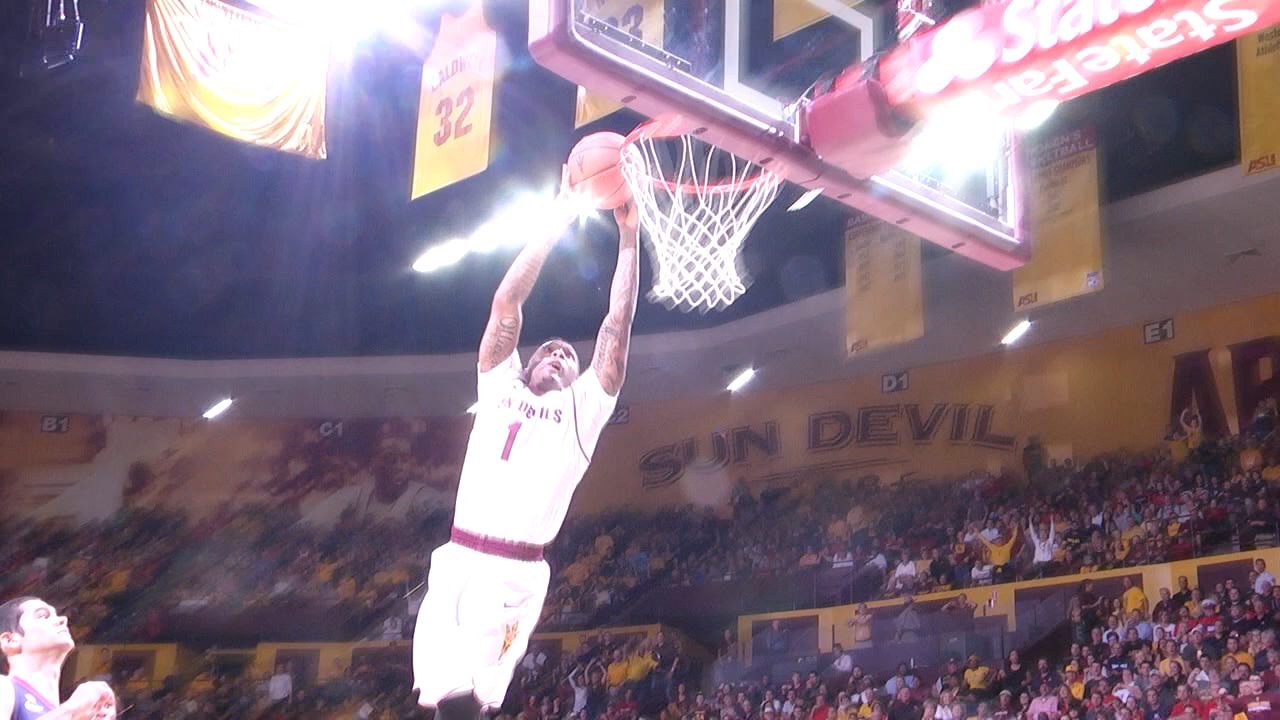 The Sun Devils, who celebrated the win by dousing head coach Herb Sendek in the locker room, improved to 19-6, 8-4 in Pac-12 play. The Wildcats fell to 23-2, 10-2 and will certainly fall from their number two ranking when the new polls are released next week.

Arizona head coach Sean Miller only took questions for a little over three minutes outside of the UofA locker room. No players were made available for comment.

“Our offense is continuing to put more and more pressure on our defense,” Miller explained during his brief meeting with the press. “You can only guard so well.”

Defense wasn’t an issue for either team. Putting the ball in the basket was. Both teams started slowly and had trouble finding their rhythm from the field or at the free throw line. The two combined to miss 25 free throws. Freshman star Aaron Gordon and Nick Johnson, widely considered the frontrunner for Pac-12 Player of the Year, shot just 6-14 from the stripe.

Arizona’s bench did not score while the Sun Devils only got five points from backup guard Bo Barnes. Jordan Bachynski, who helped seal the win with his second-straight walk off block (eight total in the game) to go with 13 points. Jahii Carson was the third player to hit double figures with 17.

ASU hits the road for a tough trip starting with Colorado on Wednesday, then play Utah in Salt Lake on February 23.