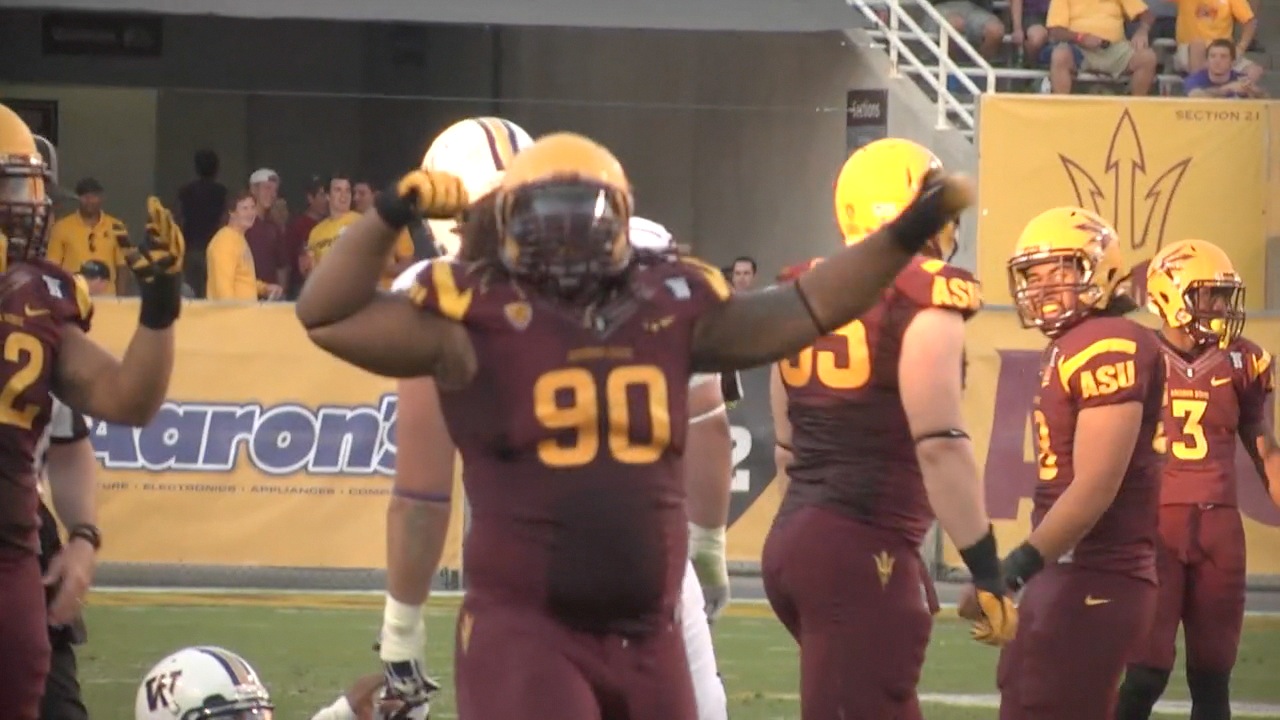 INDIANAPOLIS, IN–As the old saying goes, “you are what you eat.”

Nobody knows it better than former Arizona State Sun Devil Will Sutton. The 2012 Consensus First-Team All-American and Pac-12 Defensive Player of the Year opted to put the NFL on hold after his junior season but not his appetite.

So here at the NFL Combine it was to know one’s surprise inquiring teams have been pelting him with questions about his weight game from 280 pounds during his breakout junior season to his up-and-down senior campaign playing at 320.

So why the weight increase?

“Just listening to outside sources, too many outside sources, Sutton bluntly told the assembled media inside Lucas Oil Stadium. “I shouldn’t have changed what I was good at but everything happens for a reason.”

He said he went from eating three or four meals a day to five or six. Sutton has been working hard to shed the unneeded weight since the end of the season.

“I weighed in at 303 [Saturday morning],” Sutton announced. “I’m planning to get down to 290-295 at [ASU] Pro Day and then wherever I go if they want me heavier I’ll get heavier, if they want me to stay there I’ll stay there.”

Although not tall (around 6’1), NFL coaches and executives know Sutton has a knack of getting in opponent’s backfields or disrupting plays by simply using his quickness and leverage inside.