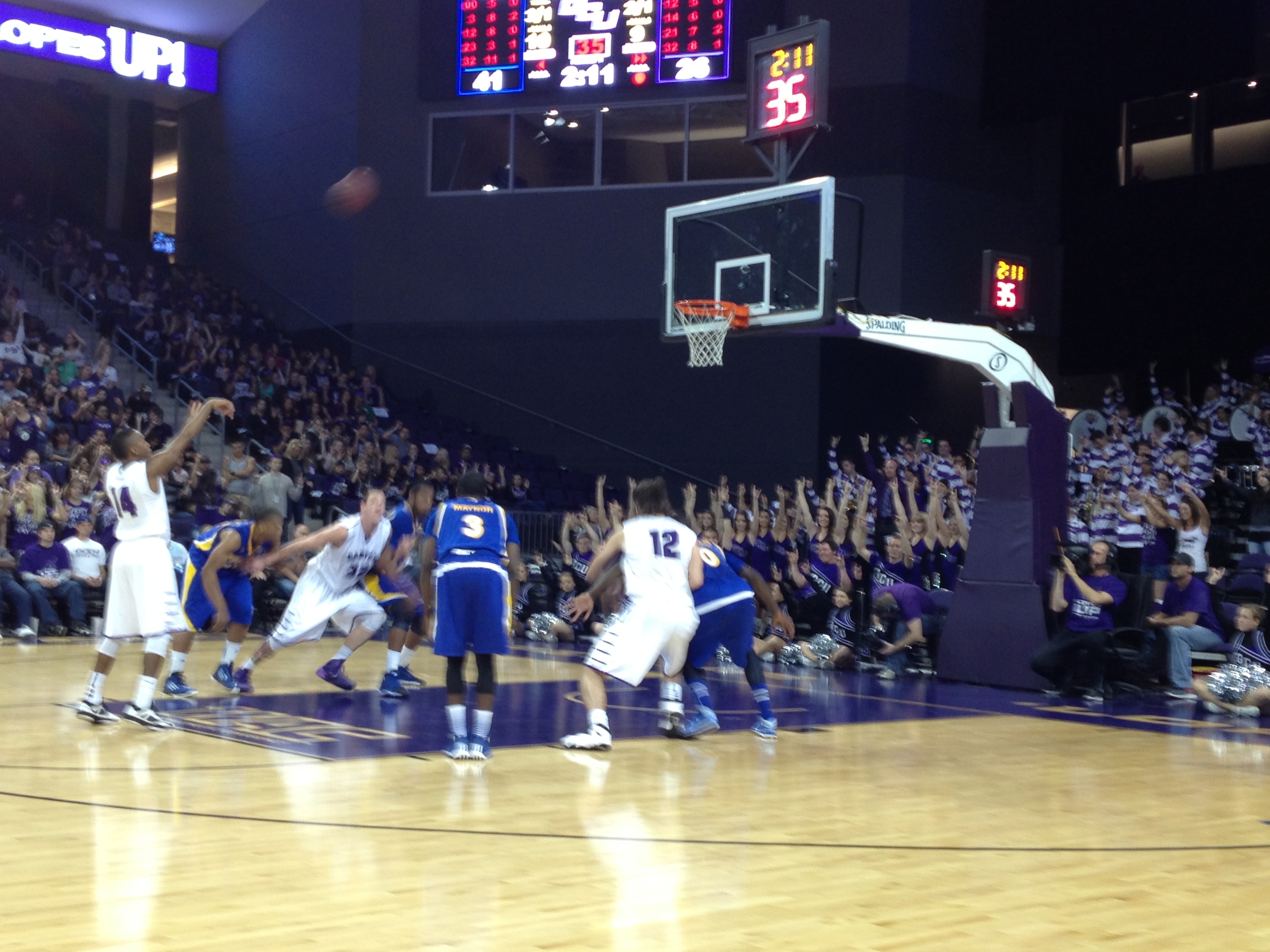 If at first you don’t succeed, try, try again.

It’s been a sort of rallying cry for Dan Majerle and his Grand Canyon University Antelopes who shook off a disastrous first half before storming back and securing a late 79-70 win over Cal-State Bakersfield Saturday night before 4,429 at GCU Arena. Win the win, the ‘Lopes improve to 12-11, 7-3 in conference.

“They had 40 points and were shooting 65 percent,” a relieved Majerle said about his halftime speech to his team. “…you haven’t guarded anybody, I said. ‘It’s embarrassing. This is not who you guys are. If you want to get back in the game, you’ve got to get some stops.’ ”

The Roadrunners (9-14, 2-7) got off to a quick start and led 14-10 at the under 12-minute timeout. The ‘Lopes got an early lift from backup point guard Akachi Okugo who replaced freshman Sam Daly. The sophomore from Sacramento hit his first three shots from the field. CS-Bakersfield’s lead swelled to 21-13 midway through the first half. A Daniel Alexander corner three broke a long scoring drought for GCU but Stefon Johnson’s monster dunk and one pushed the lead back to 14.

Things only got worse the closer it got to halftime. An Erik Kinney lob dunk made it 40-20 in front of a stunned near-capacity crowd at GCU Arena. Finally, Jerome Garrison and a smaller, quicker lineup jump-started GCU in the final couple minutes. A Garrison three cut the lead to nine 41-32 going into break. They finished on a 12-1 run.

Whatever Majerle told his team at halftime, the ‘Lopes got the message coming out of the locker room with a greater sense of urgency at both ends. The teams essentially traded baskets with the Roadrunners holding a nine-point edge at the first media timeout. An Alexander dunk and Blake Davis three forced Bakersfield head coach Rod Barnes to call time with the ‘Runners clinging to a 48-43 lead.

The ‘Lopes finally got their first lead of the game 49-48 when Garrison nailed a pair of free throws. After the teams exchanged leads, Daly’s free-throw line jumper put the ‘Lopes ahead 56-55. Down the stretch Garrison and the ‘Lopes were just too much. His three and subsequent two free throws made it 71-65 and GCU never looked back from there.