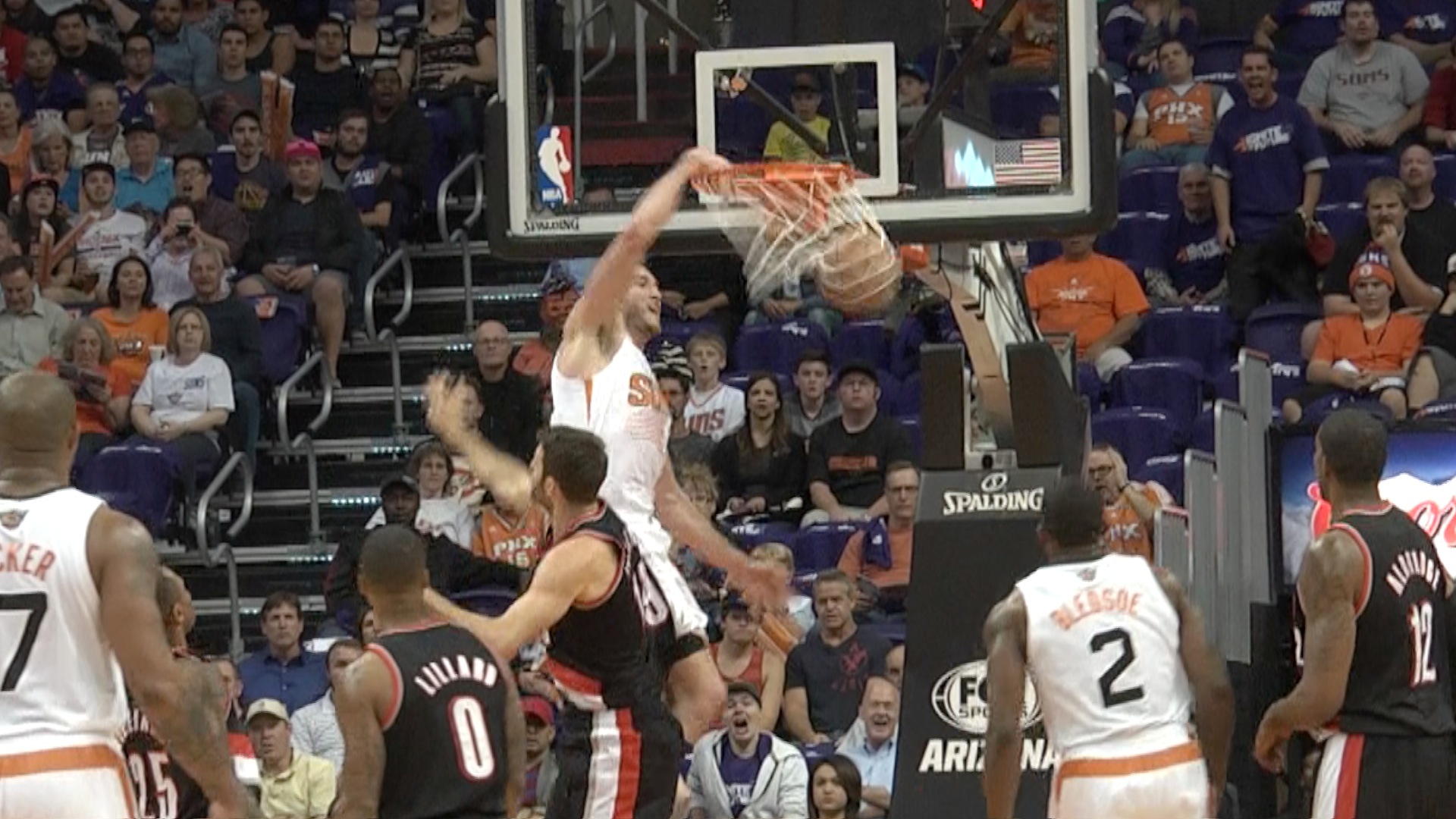 Over halfway through the NBA season, it’s apparent these Suns aren’t setting.

Lost in the midst of LeBron James’ post-practice slam dunk exhibition Monday which went viral is the fact Tuesday’s matchup up with the defending champion Heat is another “measuring stick game” for the Suns who continue to be the ‘cute little success story out west,’ despite defeating the NBA-best Indiana twice this season.

“The Suns for some reason, even though we’re 50 games into the season, it still seems like they sneak up on people,” ESPN.com NBA insider Brian Windhorst told Sports360AZ.com in a recent phone interview. “It still feels like…when they play this up-tempo style, they forget that Goran Dragic is left-handed and you forget that they’ll beat you down the court. They forget the Morris twins can shoot.”

Windhorst, who travels with the Heat, said Phoenix, despite not having a single all-star, benefits from “flying under the radar” in many NBA circles. Jeff Hornacek’s team is in the midst of jockeying for playoff positioning in the cluttered Western Conference but can make a jump in the standings by the end of the month with six of their final eight games in February at US Airways Center.

Coming off one of the ugliest seasons in franchise history Windhorst believes Phoenix is the Rodney Dangerfield of the NBA.

“Some of it is a disrespect factor,” he explained. “The Suns don’t get the respect. I see it all the time when I watch them. I watch [players]. The angles they take on Dragic and the way that they defend him. They act like this guy isn’t tearing up the league…in the NBA there’s a delayed sense of respect…people are a little late to see trends and the Suns are definitely a trend.”

Dragic, a Western Conference All-Star snub, has been making it personal on opponents after learning he won’t be participating in this weekend’s festivities in New Orleans. “The Dragon” is averaging 24 points, six assists and four rebounds a game over his past ten game entering Wednesday and continues to pick up the scoring and play-making slack in place of the injured Eric Bledsoe.

The Heat won the first matchup between these two teams 107-92 in Miami back on November 25th behind 35 points from James.