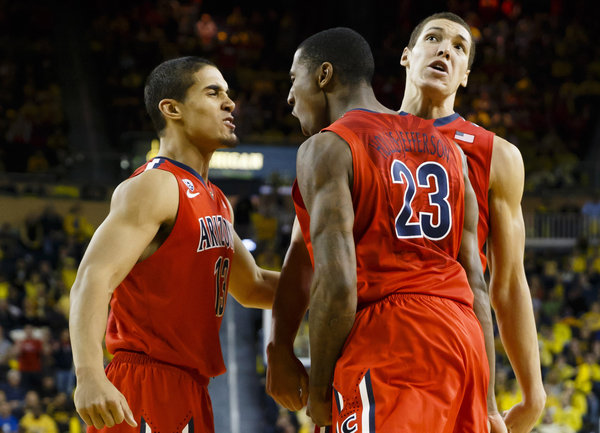 These are moving days in college basketball.

No, schools aren’t relocating but there’s plenty of shuffling in conferences around the country with the NCAA tournament about a month away. Nobody knows this better than Arizona State (18-6, 7-4)  who, depending on what website you visit, is either one of the last one’s in or the first one’s out.

“They’re right there in a really good conference,” CBS analyst Clark Kellogg told Sports360AZ.com’s Brad Cesmat in a recent telephone interview. “This is the time that you give yourself some separation or you start to fall back (in the standings).”

“The league I hope right now is speaking for itself.”

Such is life in the balanced Pac-12 where most nights every game is closely contested.

“We’ll see how it plays out, they are beating themselves over the head giving each other knots,” Kellogg explained at the midpoint of conference play. “There’s something rather non-debatable about w’s. They have a way of muting any sort of debate or disagreement or whining, so every team has a chance to accumulate enough w’s. Who have you beaten? How do you compare to teams who have similar resumes? Winning can make the grey skies clear so we’ll see.”

The story down south is a bit different. Sean Miller’s front-running Arizona Wildcats (22-1, 9-1) are a lock for the tournament but are still finding their way after losing sophomore forward Brandon Ashley for the year with a broken right foot.

“Looking at Arizona, it is a period of adjustment,” Kellogg said. “Clearly you’re going to miss a guy that impacts their team in so many ways. He’s a big, mobile guy who can shoot it…it hard to replace all of that. Yet, good programs with good teams [it’s] next man up. Teams find a way to rise to that challenge and I think Arizona will.”

The Sun Devils will look for payback following a 91-68 blowout loss in Tucson last month when they host the ‘Cats Friday night at Wells Fargo Arena.