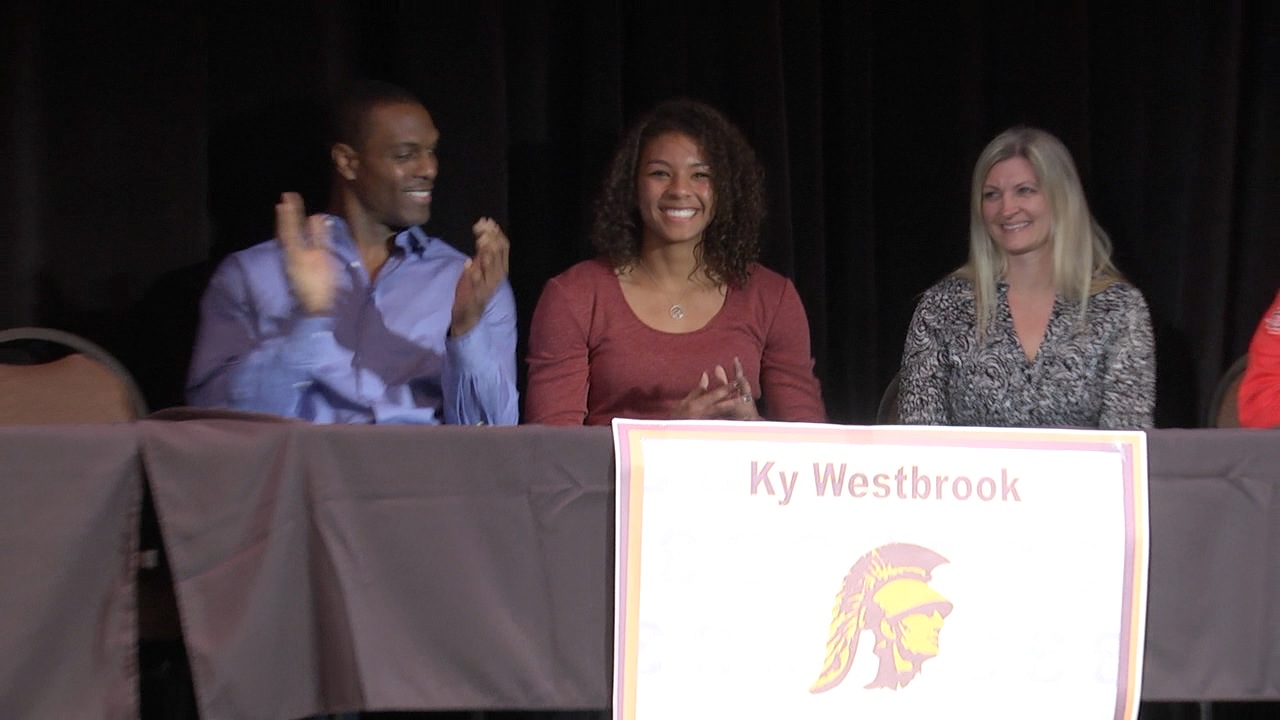 She is the reigning world champion for individuals 18 and under in the 100 meter dash. She is top five in the country in three individuals in the 100 meters, 200 meters and 400 meters and is a three-time defending state champion. Now on National Signing Day, Chandler Wolves track star Ky Westbrook announced where she will take this all-world speed to at the collegiate level. The lucky recipient, the University of Southern California.

“It is a moment in my life that I will never forget,” Westbrook said on Wednesday. “It’s like, I finally did it. Everything is coming together.”

“To secure a full scholarship in track and field, you must be top five in the country in whatever field you compete in,” said Chandler track head coach Eric Richardson. “This individual makes our fifth in the last five years.”

The final four for Westbrook going into her decision along with USC was Oregon, Texas and UCLA. Ultimately the Trojans stood out to her for multiple reasons.

“The coaching staff is amazing,” she explained. “The school itself is amazing. Its a very prominent school. And I just know that USC can take me to the level that I want to get to. So everything combined really, it just felt right.”

For someone who has dominated the the Arizona track scene for multiple years now, there is still a drive to be better going into her final season as a member of the Chandler track team.

“I have big goals,” she mentioned. “I want to obviously PR in all of my events but I also want to make the Junior World Team later this year and hopefully break some more records. So we will see!”