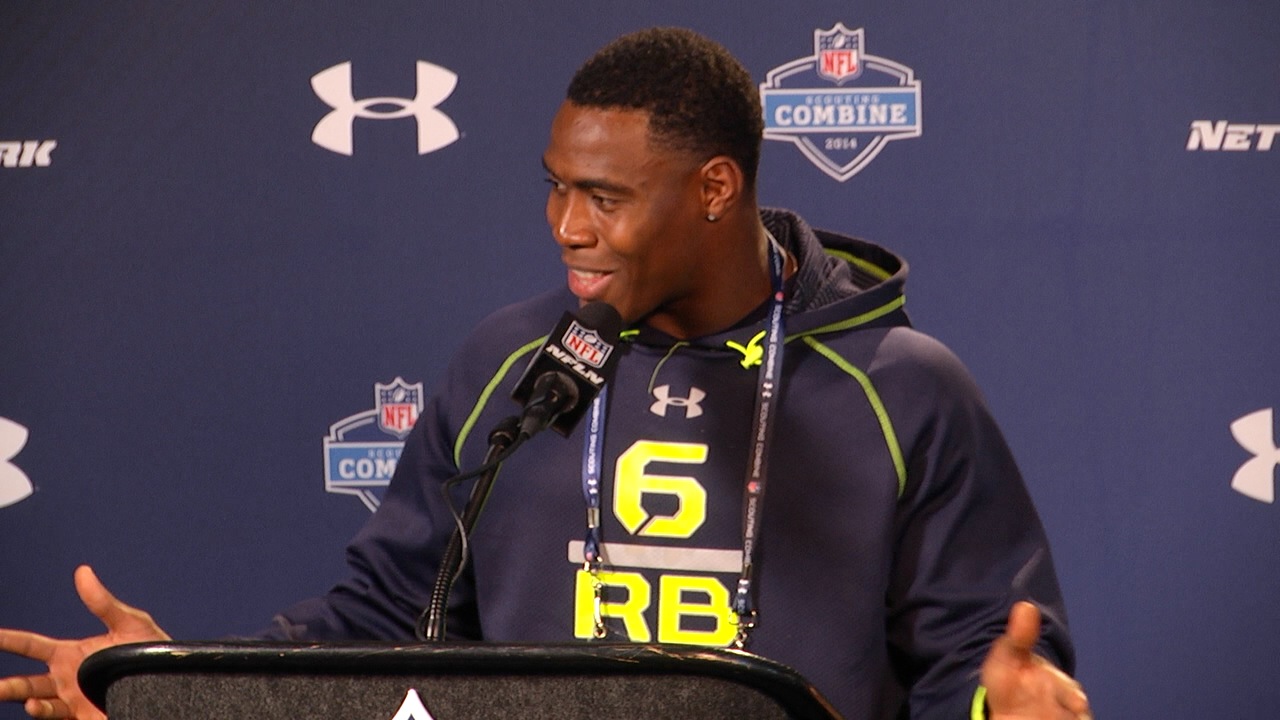 INDIANAPOLIS–They say timing is everything.

For 2013 Pac-12 Offensive Player of the Year Ka’Deem Carey there is no time like the present.

The Tucson native and former Canyon del Oro star is waved goodbye to the ‘Old Pueblo in January, forgoing his final season of eligibility and the University of Arizona where he cemented his legacy as the greatest running back in Wildcat history. His school-best 4,232 rushing yards rank seventh in Pac-12 history.

“They definitely tried to keep me,” Carey told the assembled media Friday at the NFL Combine inside Lucas Oil Stadium. “I build great relationships with the coaches there. It was definitely hard leaving because of the relationship that we built and the future they have coming up. They’re going to have a great season this year and possibly bring home a Rose Bowl.”

Regardless, if the ‘Cats are contenders or simply kitty litter this fall, the time was right for Carey to make the move.

One of the few knocks on the 5’9, 207-pounder is how his body will hold up in the NFL after carrying a heavy workload his three seasons in Tucson (850 total touches). Carey was optimistic after meeting with a handful teams Friday including the New York Giants, Miami Dolphins, Cleveland Browns and Minnesota Vikings. He admits he still has some technique issues to improve when he gets to league, including pass protection.

“I need more technique in passing blocking,” he explained. “I have no problem picking up the blitz and delivering the hit on the blitzer but technique will play a big way in the way I get drafted.”

Judging from what we’ve seen the past three years, no one will question his work ethic towards improving in those need areas. His resume proves it.