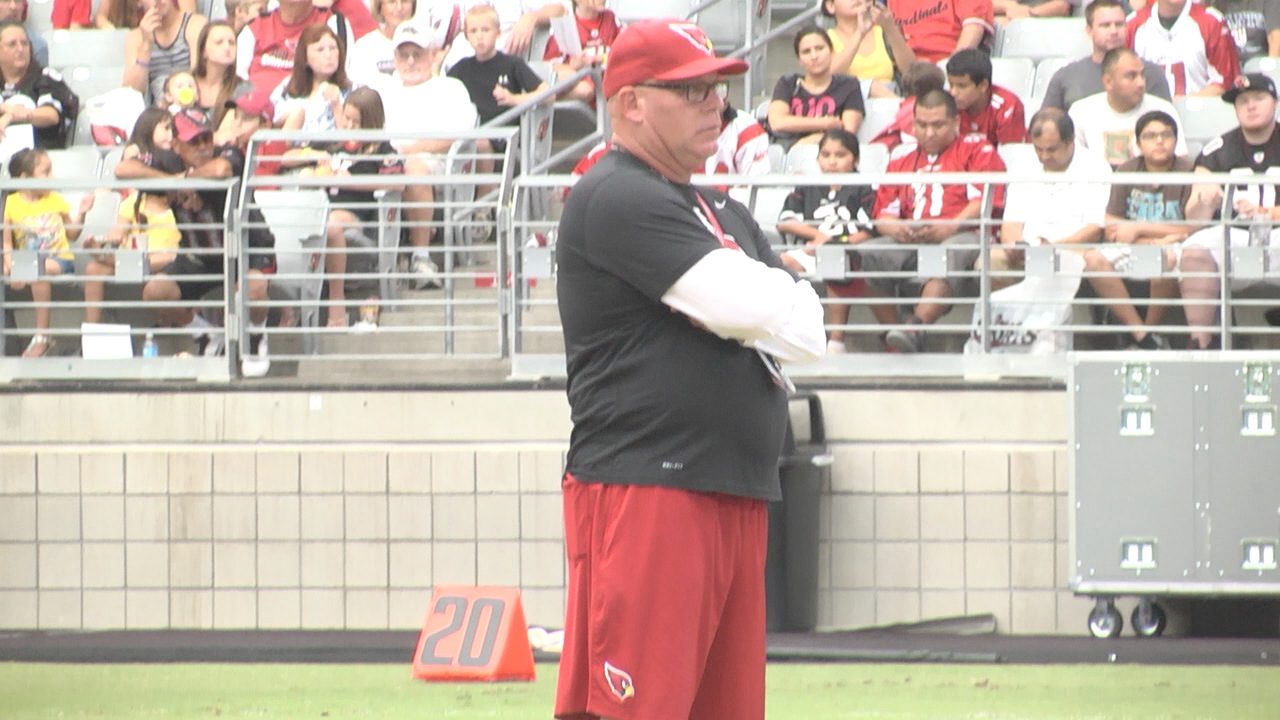 The nest has been restored.

It took just one season for Bruce Arians to change the public perception of the Arizona Cardinals. Despite missing the playoffs, the Cards 10-win season and unexpected victory in Seattle against the eventual Super Bowl Champion Seahawks has raised the bar of expectations heading into this fall.

“If we were in the playoffs we would have did some damage,” Arians told the assembled media Thursday inside Lucas Oil Stadium at the annual NFL Combine. “We just didn’t win enough games…the division we play in [the NFC West] is a great division and you’re battle-tested when you come out of it. Second half of the season we competed really well in our division so we look forward to next year.”

Quarterback Carson Palmer, who played well the back half of the season, returns with a full year in the system. The offensive line will 2013 top pick Jonathan Cooper back from injury. The secondary will be aided by Tyrann Mathieu, who’s also coming off a season-ending injury.

The consensus we polled in Indianapolis agreed with Arians’ proclamation.

“I had watched the Super Bowl thinking ya’ know, the 49ers would have won that game, Arizona would have given [Denver] a tough game,” ESPN.com NFL insider Mike Sando explained to Sports360AZ.com. “There’s a lot to be excited about.”

Todd Bowles’ defense helped pick up the slack at times last year and will be counted upon to do bigger, better things this season.

One of those playmakers, free-agent inside linebacker Karlos Dansby may or may not return but key pieces like Patrick Peterson, Calais Campbell and Daryl Washington will.

The Red Birds won’t be sneaking up on teams this fall but, because the NFC West was so top-heavy a year ago, will benefit from playing a third-place schedule despite winning 10 games.