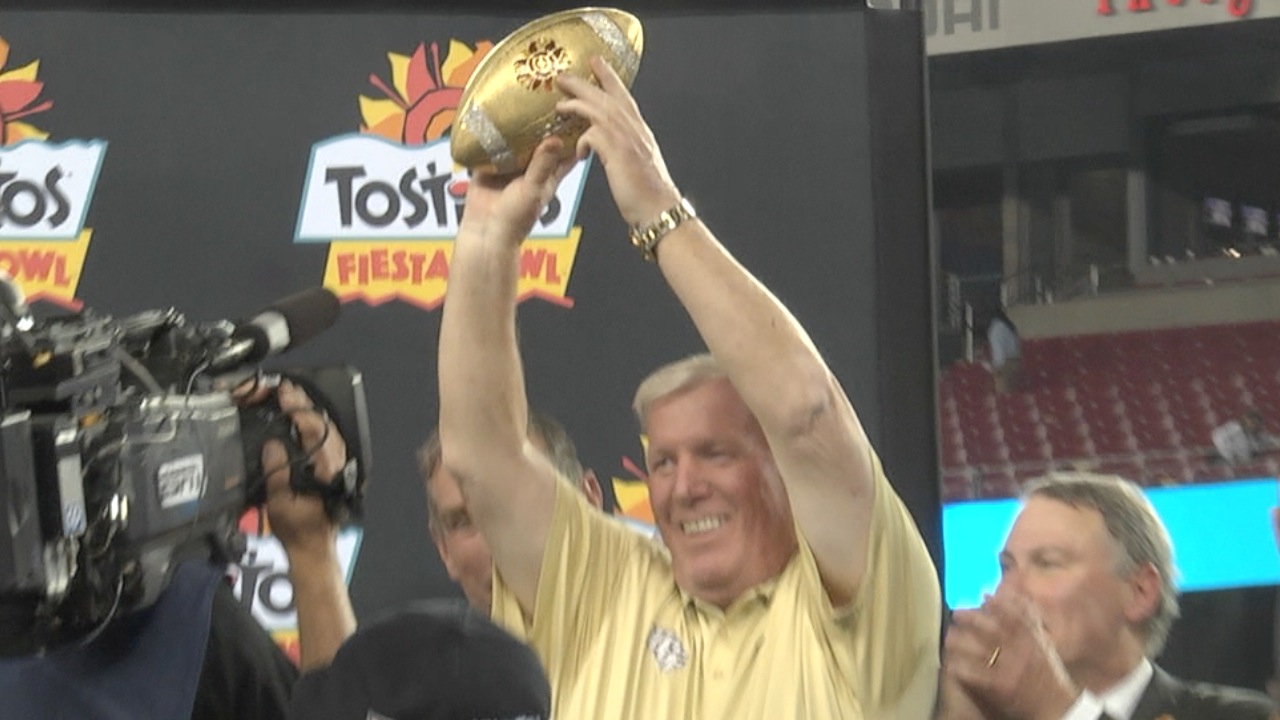 If you were looking for some extra offense after the Rose Bowl was over on New Year’s Day, the 2014 Tostitos Fiesta Bowl was the place to be in a matchup of two teams making their first ever BCS Bowl appearance.

Baylor came in as the nation’s top offense behind thousand yard rusher, Lache Seastruck and quarterback Bryce Petty. UCF brought a stellar quarterback of their own, Blake Bortles, who is projected as one of the top five picks in the upcoming NFL Draft.

It was the underdog UCF Knights that left with the Fiesta Bowl win, knocking off the Bears 52-42.

UCF came out fast and scored on their first two possessions of the game and despite Baylor fighting back into the game, the Knights never looked back.

“It’s awesome to be a part of this,” Bortles mentioned. “We weren’t highly touted guys out of high school. We came to UCF on a mission.”

Baylor would settle in and get within striking distance of UCF on multiple occasions. But just couldn’t quite get over that hump. Petty helped the Bears claw back with his arm, throwing for 356 yards and two touchdowns as well as one amazing rushing touchdown which you can check out below.

“I don’t think we were prepared like we needed to be prepared,” Baylor head coach Art Briles said after the game. “We had mistakes that I can’t remember the last time we had this many penalties that seemed to continue the game in a fashion not favorable for us.”

They had 17 penalties in the game totaling 135 yards to be exact.

UCF became the youngest school in the history of the BCS to make a BCS game and passed in impression fashion. They craziest part of what UCF accomplished in 2013-14 is that they only had seven seniors on their roster that took them to lengths they had never seen.

It shows how scary this team can be moving forward, especially is Bortles decides to pass on the NFL Draft and stay for his senior season.