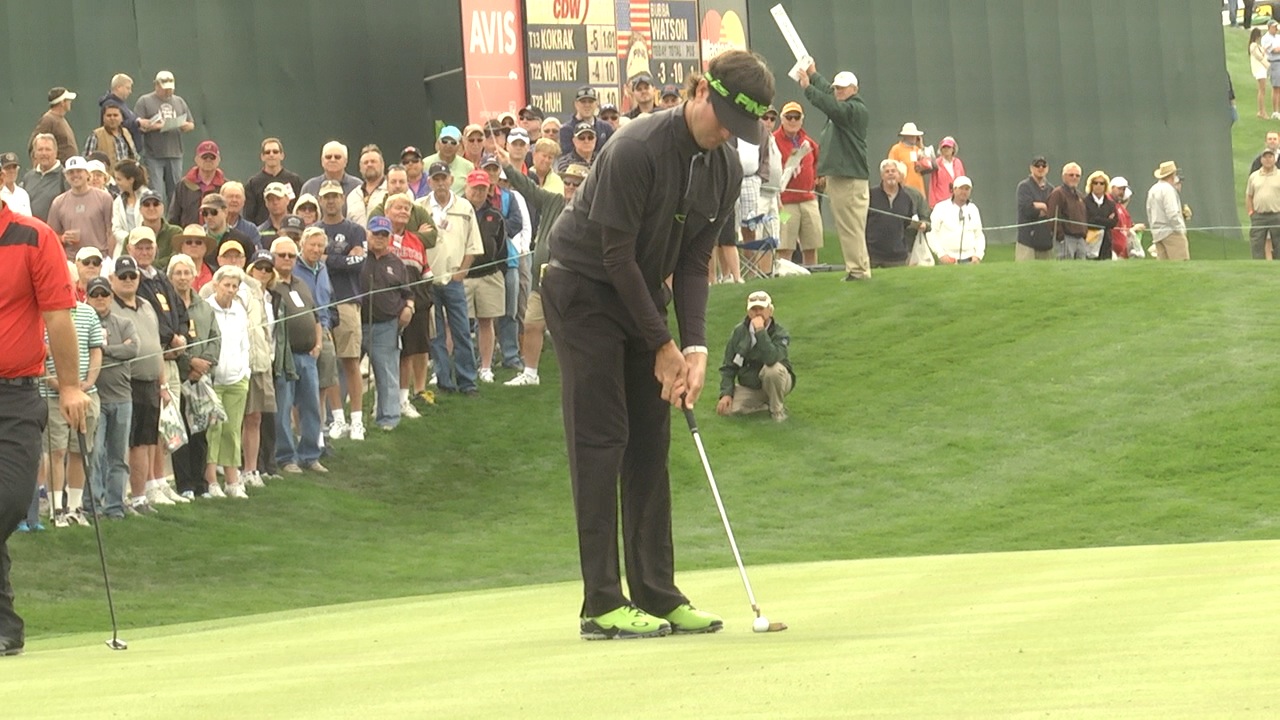 Bubba Watson caused quite a stir back in 2012 purchasing his controversial $110,000 “Dukes of Hazzard” car which includes a confederate flag.

Regardless of his taste in vehicles, he’s definitely been in the driver’s seat the first two days at the Waste Management Phoenix Open. Watson, who has a home near TPC Scottsdale, sits atop the leader board with former Arizona State golfer and fellow Scottsdale resident Matt Jones. Watson followed his 64 Thursday with a 66, while Jones shot 65 in both rounds.

Although he bogeyed two holes down the stretch Watson he was happy with his effort.

“It was good, a good round,” he explained. “Shooting under par, shooting in the 60’s…so all in all a good day…I will take it. It’s right where you want to be going into the weekend.”

Watson said, due to his early round-two tee time, he had to adjust his normal routine, including his workout schedule. One benefit of playing Friday morning was the wind didn’t start to pick up until near the conclusion of his round.

Consistency has been the name of the game to this point at the WMPO for Jones who left ASU after his junior year. He also said avoiding an afternoon tee time helped quite a bit.

“I was lucky enough to tee off early,” Jones explained when talking about the wind. “I didn’t really notice it. I mean, 13 we still got home with driver, four-iron and then it started to pick up on 15. I noticed it at 15, 16, 17. We definitely got the good side of the draw going early.”

The conditions are expected to improve Saturday with party sunny skies, highs in the low-60’s and less wind gusts than the afternoon groups experienced Friday afternoon.