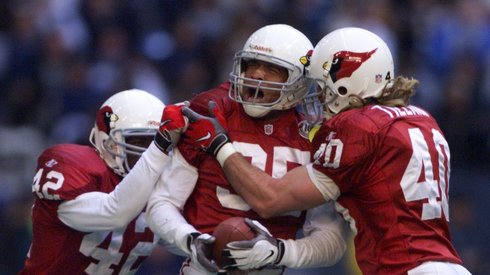 As the old saying goes, it takes one to know one.

If anyone knows what a Pro Football Hall of Fame player is, it’s Darrell Green. The seven-time Pro-Bowler and two-time Super Bowl champion who played nearly two decades for the Washington Redskins is hoping to add a new fellow cornerback neighbor to his Canton neighborhood in former Phoenix/Arizona Cardinal Aeneas Williams.

“He’s a hall-of-famer,” Green told Sports360AZ.com after participating in the Waste Management Phoenix Open Pro-Am Wednesday afternoon in Scottsdale. “I just think very much that Aeneas Williams is like Darrell Green. We [weren’t] flashy. We didn’t have the bandanas on. We [weren’t] beating our chests and stuff. We were great dads and husbands who [went] to work everyday and did our job.”

Few cornerbacks in the history of the NFL did their job better than Williams, an eight-time Pro-Bowler and member of the 1990’s All-Decade Team, who’s hoping the third time’s a charm Saturday in New York City. He’s fallen just short the past two years. Some believe playing the majority of his career with the Cardinals hurts his chances because he didn’t receive the east coast media attention playing for a consistent winner like Green did.

Williams’ teammate in St. Louis, where he spend the back of half of his career, Kurt Warner says Williams is simply a victim of circumstance beyond his control.

“The thing about the Hall-of-Fame right now is it’s so stacked with great players,” Warner told Sports360AZ.com’s Brad Cesmat in a phone interview Tuesday. “There’s so many players beyond just five that I think deserve to be in the hall-of-fame and Aeneas is one of them. He was one of those difference makers that you had to account for every time you player him. Not only could he provide great coverage but he could turn the ball over and makes plays out of it. He was just a special player.”

We’ll see if the voters agree on Saturday.