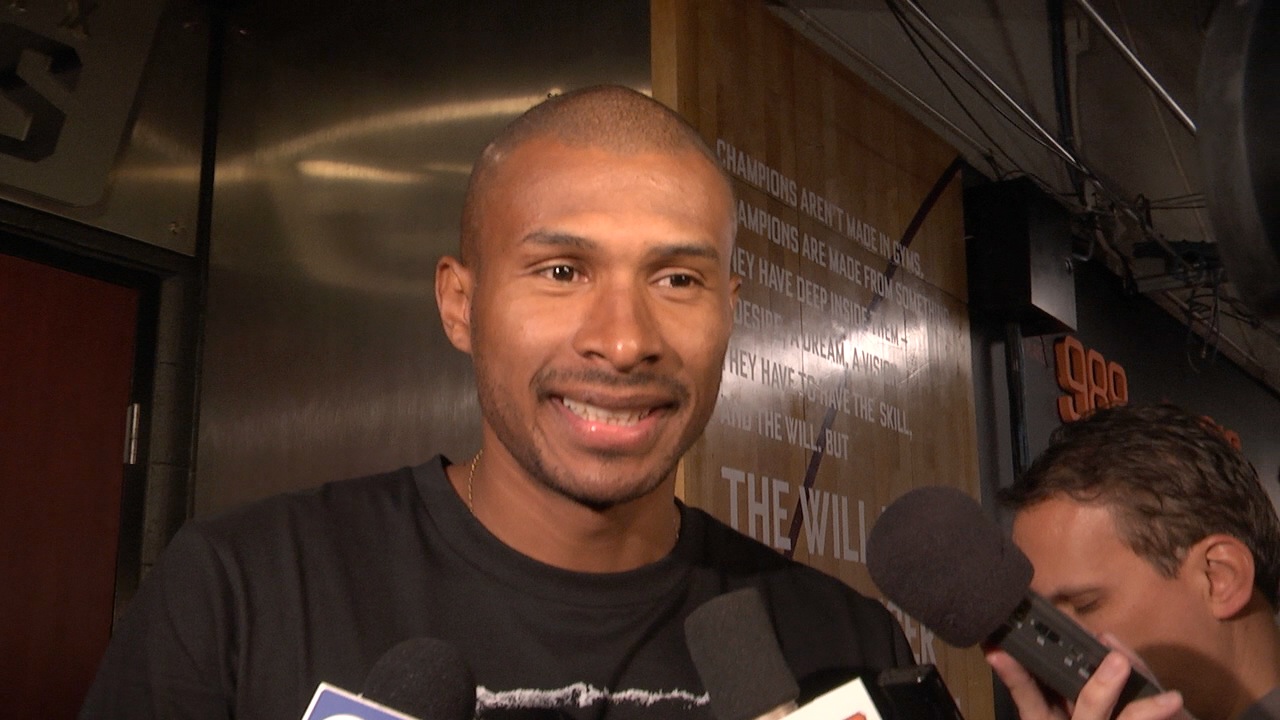 Leandro Barbosa, aka “The Brazilian Blur,” was a fan favorite during his first stint with the Phoenix Suns from 2003 through 2010. This former Sixth Man of the Year Award winner has been brought back to the Suns on a 10-day contract with the team. This all came about after the Suns lost Eric Bledsoe to a knee injury. For Barbosa, it has been an opportunity that he thought might never happen again.

“I am very happy,” he said. “It was a surprise by me and I never thought I would be coming back to Phoenix.”

Barbosa’s return to the team reunites him with Goran Dragic and Channing Frye, who were teammates of Barbosa during part of his first go-round with the Suns. “It’s a very happy time for me right now,” Barbosa declared. “Being with some of the guys that I play with so many years before at the start of my career. It’s an exciting time for me.”

Frye is also thrilled. “It’s a lot of fun,” said Frye. “I love L.B. and I love playing with him. What he brings to the team is exactly what we need right now. Another ball handler, another creator. You saw what he can do against New York.”

That game he had last weekend against the Knicks could very well have cemented his spot on this team for the remainder of the season. Despite the loss, Barbosa had 21 points including two big free throws down the stretch, sending the game into overtime.

Barbosa’s road back to Phoenix has not been without its obstacles. Last season, he tore his ACL while playing for the Boston Celtics. A knee injury of this severity jeopardized Barbosa’s greatest asset, his explosive speed. Suns General Manager Ryan McDonough was with the Celtics at the time of Barbosa’s injury and alongside Danny Ainge, the Celtics traded Barbosa to the Wizards. He was soon released by the team as part of a salary dump. After being unsigned by any NBA team, he returned to play basketball in Brazil, where he remained until the Suns came calling. He played in eight games in Brazil and was averaging close to 21 points per game.

Barbosa has been through a lot since he first left Phoenix, and he noted that it has been a long four years. “In that long time a lot of things happened,” he said. “I was on a lot of teams and there is nothing better than coming back to the Suns. I have a great opportunity to be here again.”

Despite the youthful energy Barbosa has shown since re-joining the Suns during this last road trip, he passes Channing Frye as the oldest player on the team. Barbosa hopes the experience he gained over the four years away from Phoenix will benefit the Suns’ young roster. “The good thing is I gained a lot of experience,” he explained. “Maybe I can help the guys with the experiences I learned from the different teams and what I learned here too. Hopefully I can help the team.”

As of now, Barbosa’s time on this team is temporary, but he mentioned that this is not the focus of his attention. He’s just looking to make an impact right away and to help the Suns continue their successful run in what has been a surprising season.

“Phoenix is something I will never forget about in my life,” he stated. “Everything started here, my career, I’ve missed everything.”