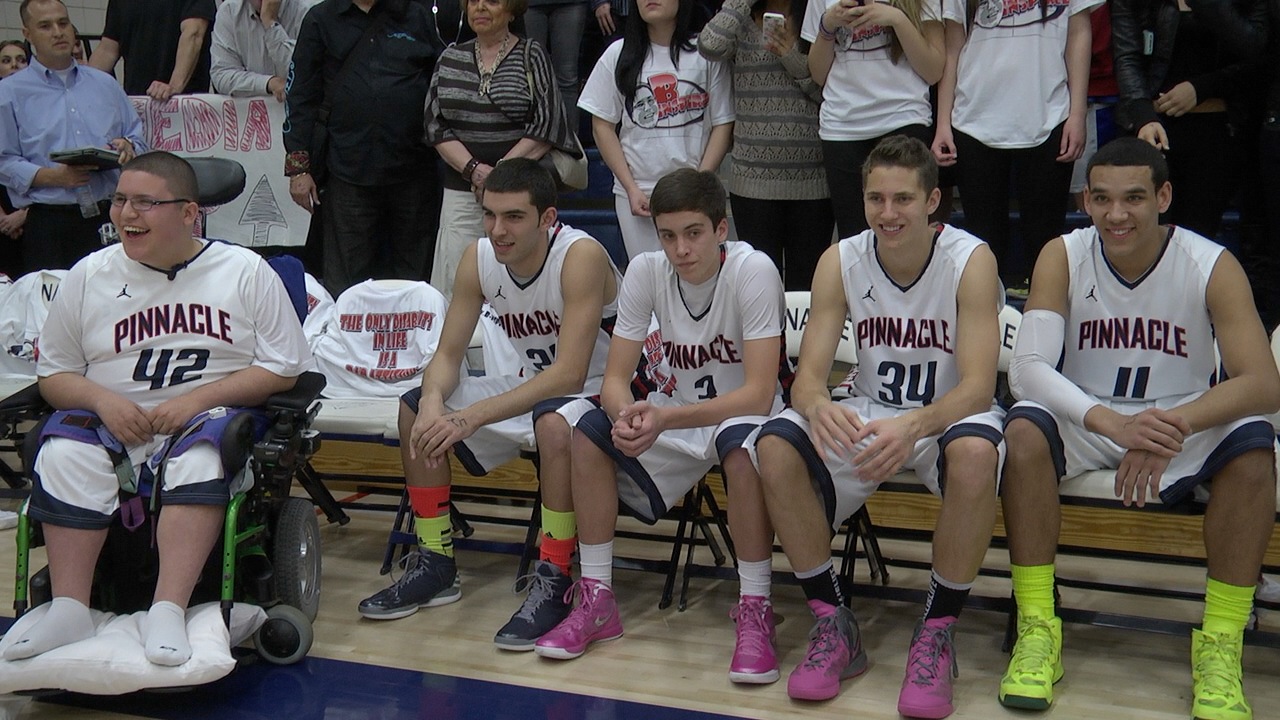 Over the years, a friday night home basketball game at the Pinnacle High School gymnasium has become the thing to do for students and members of their community. The school has only been around a little over a decade but their is a tradition that has been built by head coach Charlie Wilde and his staff that has made Pinnacle home games one of the best home court advantages in Arizona.

This season, the Pinnacle program is taking advantage of the spirit and attendance at their home games and using it as an opportunity to give back. This past Tuesday in a home game against Horizon, there was a teal-out for the players, coaches and all those in the stands. This was all done in order to raise money and awareness of ovarian cancer.

“We decided to put this on last minute and it was a huge success,” said Wilde.

While this event Tuesday had been put together on short notice, what is coming up on Friday, January 31st is something they have had on their calendars for quite some time. Pinnacle will host the very talented Dobson Mustangs that night which regardless would be a well attended because of the magnitude of the matchup. In addition, this game will be a purple-out to raise money and awareness for epilepsy. It is something that hits very close to home for the Pinnacle basketball team.

“One of our players (sophomore A.J. Elliot) has a brother and my daughter’s best friend’s brother has epilepsy,” explained Wilde. “Plus we keep finding out more and more people who knows someone.”

A.J.’s 12 year-old brother Luke was diagnosed with epilepsy at the age 10.

“One in 10 people will have a seizure in their lives, so look out for your friends and family,” Luke stated. “You probably don’t know this, but more deaths are associated with epilepsy than breast cancer.”

I always encourage people to get out to high school games around the valley, not just because I love the sport, but also because there is great talent to check out all over the place. This time around, I encourage you once again to get out to this high school game in particular not just to see four of the state’s top players in Dobson’s Kodi Justice and Ryan Richardson as well as Pinnacle’s Dorian Pickens and Trey Ingram in action, but to also help the Pinnacle program in this great cause.

And make sure to wear purple!