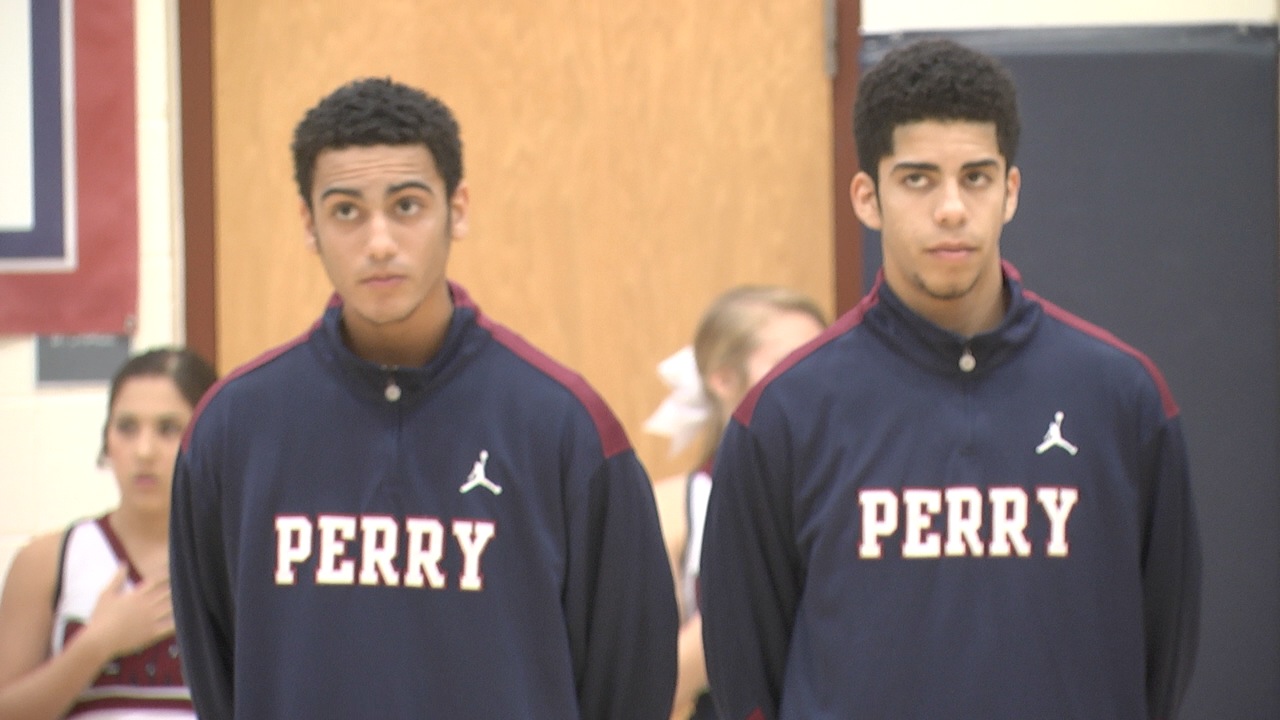 For the last two seasons when facing the Perry High School basketball team, dealing with guard Jordan Howard was a tough enough task.

In his sophomore and junior seasons playing at the varsity level, he averaged 12.4 points and 25.6 points consecutively as the leader of Pumas. Despite the success he was having, Perry hadn’t seemed to get over the hump in February during the state tournaments.

However, key additions for the 2013-14 season has Perry as good as ever and eyeing their first state title in school history on the basketball court. One of those editions means opposing teams no longer have to deal with one Howard each game, they have to deal with two. Jordan’s younger brother, freshman Markus Howard, has stepped in this season and is wreaking havoc on the competition.

“It’s a real blessing getting to play with your brother,” older brother Jordan said. “You know their every move, you know how they play, you know their instincts. It’s the best ability and utility to have and it’s a good advantage.”

Adding Markus has given Perry a huge advantage. Not only is he quite possibly they top freshman in the state of Arizona, he has quickly cemented himself as one of the elite scorers in the state as well along side his older brother who was among the state’s leaders in scoring last season.

For Markus, this is an amazing opportunity to play along side someone whom his has looked up too his whole life. Not only has Jordan made an impact over his high school career on the basketball court, he gets it done in the classroom as well. He was a sports360az.com first team All-Academic member last season achieving a 4.5 GPA.

“He’s one of the greatest people I know and the person I look up to the most,” mentioned Markus. “My biggest goal is to try to be like him. Not only basketball-wise but academically and just as a good person.”

This is not the first time however that two Howard brothers have been on the court at the same time for Perry. Jordan and Markus’ older brother Desmond suited up for the Pumas as well before graduating in 2012. That team in 2011-12 went 21-9 and was a #23 seed that upset North and Basha before falling to Pinnacle in the elite eight. Desmond after high school went on to play basketball for Phoenix College.

Jordan teaming up with Desmond helped Perry to be good. Jordan and Markus though has made Perry great. Through January 16th, the Pumas sport an 18-1 record and are considered one of the elite teams in the state. The Howard brothers combined are averaging just under 38 points per game combined. But if you ask the two of them, that just tells the beginning of the story to what has made the team successful.

“We have the tools to make it far in the playoffs,” mentioned Markus. “Everyday in practice we’ve been working, trying to get to that spot because we know we can do it.”

“We are a very deep team as well,” added Jordan. “We have a lot off good players coming off the bench and a lot of people that don’t get noticed in the stat books so that’s the main thing that’s going to get us far in the playoffs.”