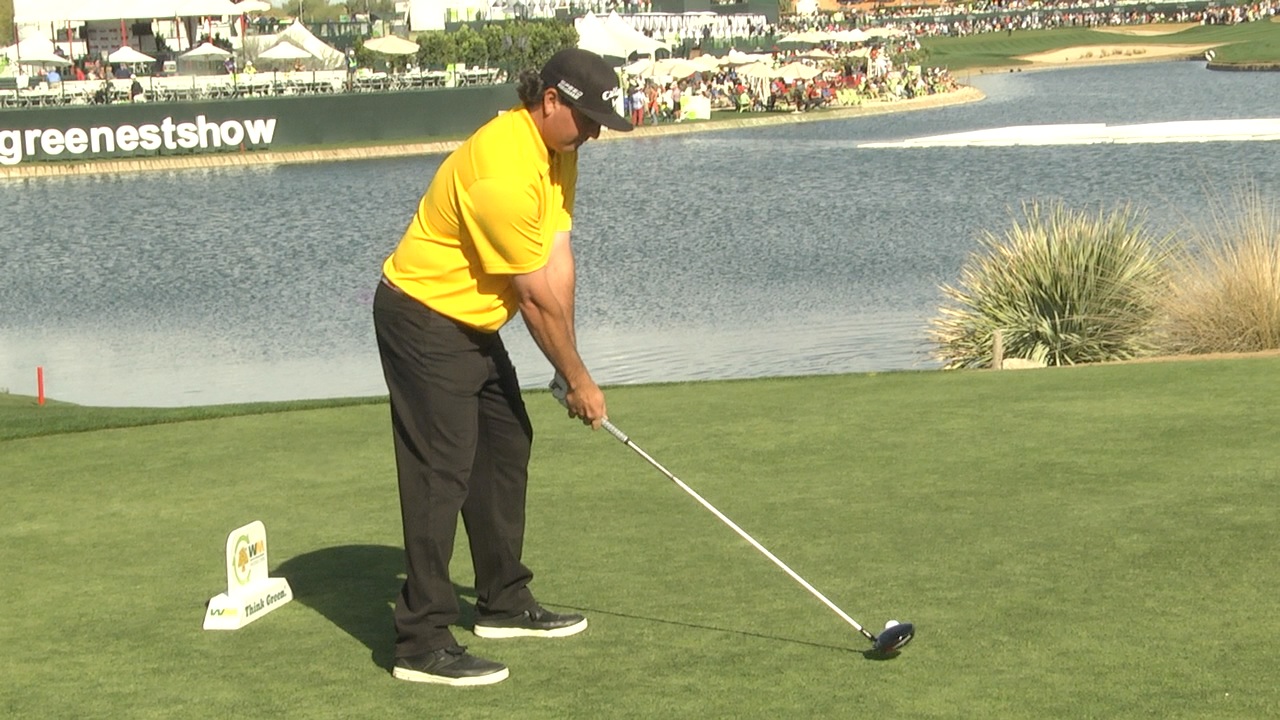 All of the ASU faithful that make their way out to the Waste Management Phoenix Open are used to showing their pride with Phil Mickelson. But there are quite a few Sun Devils both past and present that are featured out at the TPC Scottsdale.

One in particular got out to a blazing start to begin the weekend.

Pat Perez, one of the members of the 1996 National Championship golf team at ASU, finished his first round at the Open among the leaders shooting a six-under par 65. Coming off a week where he was in contention at Torrey Pines, he felt he could carry over the momentum in the city he was born.

“I just kept hitting shots,” Perez said after the round. “The pins were pretty accessible and I just hit some really good shots and hit a couple good puts.”

“I thought I would play well today,” he added. “I didn’t think I would shoot six-under but I thought I would be decent. I hit it well last week and figured this course isn’t as hard as last week. There is a little more room for error here so I figured I could get myself some chances I could make some puts.”

Though he may be familiar to this course having spent so much time in Arizona and having been on the tour for his 12th season now, he mentioned by no means was he any more comfortable out there.

“Not at all,” Perez stated. “I took me eight years to make the cut here. Then I was in the lead one time and didn’t play well on the weekend. After making some swing changes I feel a little more comfortable out there but the problem is I have so many bad memories of hitting so many bad shots that I am trying to get them out as I go around.”

There didn’t seem to be many signs of discomfort as Perez was on fire in the back nine as he shot five-under par after finishing one-under on the front.

As mentioned, Perez was a member of the 1996 National Championship team at ASU and in fact was not the only member of that team that tee’d off on Thursday. Joey Snyder III was out there too and just so happened to be paired with Perez along with Nicolas Colsaerts from Belgum.

“We have Joey and Darren Angel is here as well so we have three from our national team in ’96,” Perez explained. “So it was pretty cool. But yeah Joey, we talked about some old stuff and new stuff. It was a fun day.”

Through round one, Perez is tied for second just one shot back of Bubb Watson and Y.E. Yang heading into play on Friday.