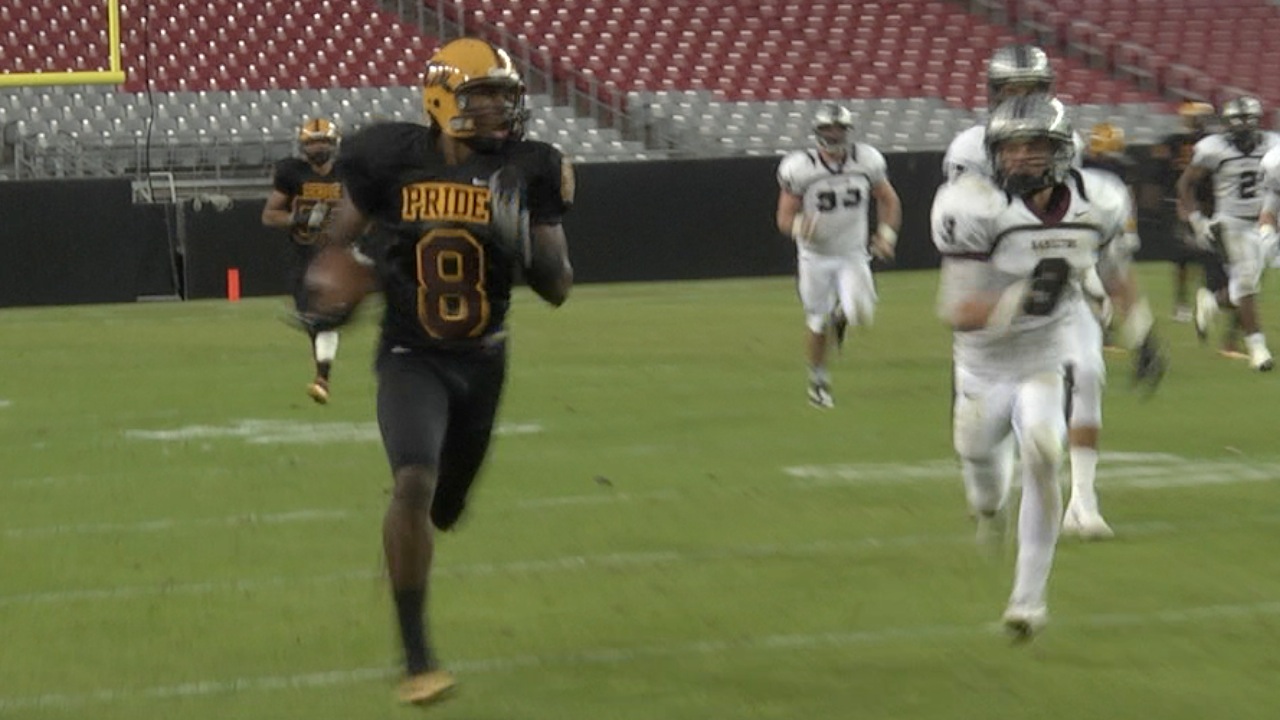 Northern Arizona University has done a remarkable job with the 2014 high school class in their own state. What have they been able to sell? The success of Arizona natives that have come before them. The most notable example is from Hamilton running back Zach Bauman who went on to set records for the Lumberjacks and is not preparing for the NFL Draft.

That is something that stood out for Mountain Pointe wide receiver Emmanuel Butler when he decided to make his pledge to the Lumberjacks back in November. When making his official visit to Flagstaff, he was sold after being taken around by former valley prep standout.

“Patrick (Baldenegro), a tight end from Chandler was my host during my official,” Butler said. “He gave me a big talk and showed me what NAU was really about so that played a big part.”

With signing day less than a week away, Butler now is counting down the seconds to make it official and then this fall first step foot on campus at NAU as a member of the football team. Though that day hasn’t come as we sit here today, but for Butler, it already feels like home.

Butler along with Jalen Brown and Timmy Hernandez were one of the most dynamic receiving cores in Arizona in route to a state title for the Pride in 2013. His statistics from the season don’t even begin to tell the story of what he brings to the field. Butler was very versatile for the team and Head Coach Norris Vaughn would mix him at tight end at times. His size, strength and athleticism made that transition seamless when that need was called upon.

At the next level however, he will be spread out at wide receiver 100% of the time.

“They feel I can do some damage at that spot,” Butler explained. “Do more damage actually than playing tight end.”

While Butler’s focus is what’s ahead, what he experienced as a member of the Mountain Pointe Pride this past season was one of the best memories of his life to this point.

“All the memories that I made, I’ll never forget it,” he stated. “All those guys are like my brothers. We are like family and we probably will be for the rest of our lives.”