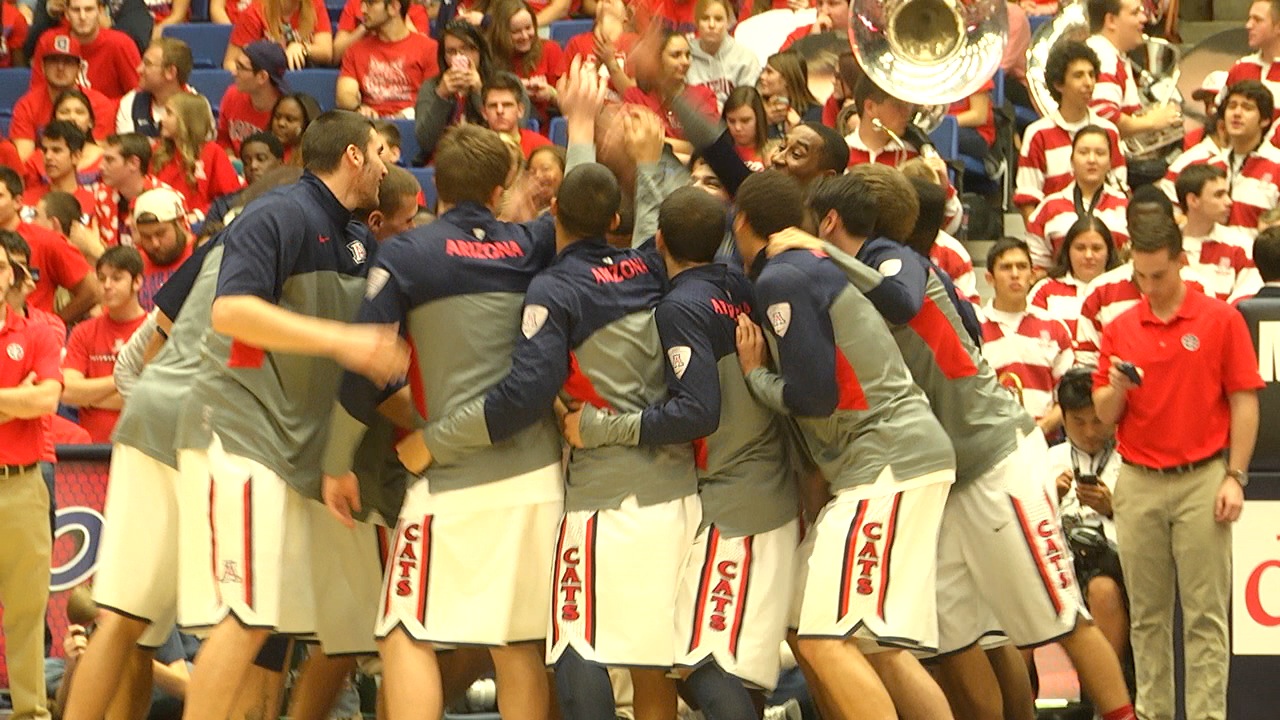 While things couldn’t be better for the unbeaten and top-ranked Arizona Wildcats basketball team let’s tap the brakes a bit on our way down the I-10. As each week passes and the ‘Cats continue to waltz through the first half of the Pac-12 schedule (winning by an average of more than 18 points), the hype continues to build.

The school’s longest winning streak and number one ranking is little more than window dressing.

Sean Miller may put on the happy face and smile in post-game press conferences talking about the “momentum they’re building” but don’t get caught up in the coach speak. He’s a relentless, big-time headhunter on the recruiting trail. Cold-blooded, yet honest with an eye on the big picture. A much bigger picture. Like cutting down the nets Monday night, April 7th at Jerry World in Arlington, Texas. With the collection of talent, most importantly unselfish talent, anything less will be a disappointment.

Being atop the polls now brings recognition and buzz but let’s be honest UofA basketball doesn’t need the publicity, nor the attention. Even with a few hiccups transitioning out of the Lute Olson Era, the program’s history speaks for itself. The past 30 years has produced 709 wins, just 260 losses. Last Thursday during a timeout I caught myself star-gazing into the rafters at McKale Center.

As winter morphs into spring a loss…or two…or three…would help, far more than hurt, refocus the slightly blurred lens. In college athletics you learn, grow and mature from defeat, not lopsided blowouts where the only intrigue is which walk-on will elicit the loudest ovation.

Quick, who was the top-ranked team heading into March Madness last year?

Two-loss, and for the most part untested, Gonzaga. The same team which finished 12th in the final poll.

Miller said at pre-season media day this team’s versatility will be its’ greatest strength. They can beat you playing fast, as evidenced by their 91-point track meet layup line last week against ASU, or slow like their come-from-behind, grind out 63-58 win over UNLV. Seven players average at least seven points and the ‘Cats are out rebounding their opponents by over ten a game. Both further proof of the team-before-me mentality all coaches crave.

It’s fine to live in the moment but don’t take your eye off the future.

A future which holds much bigger things than passing a January mid-term with a perfect score.