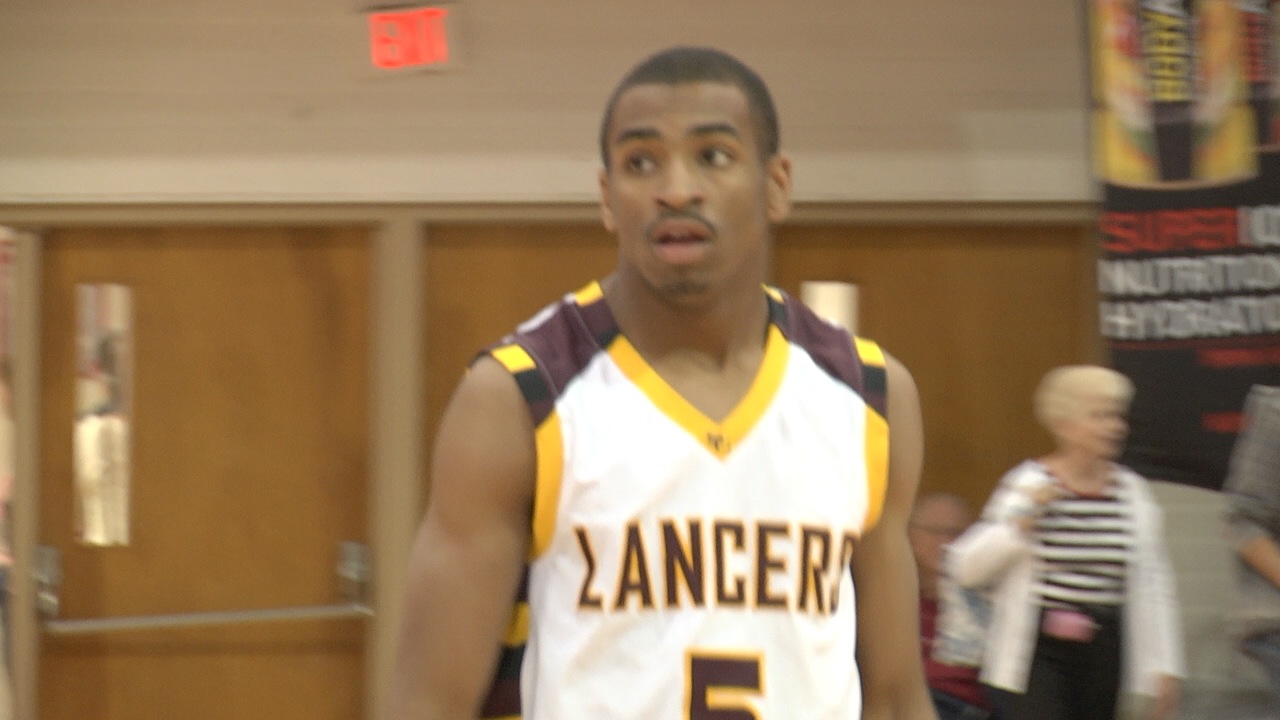 We have gotten to know Salpointe star Cameron Denson over the years because of his incredible success as a football player. But did you know is gets it done for the Lancers on the hardwood as well?

The senior Denson is one of the leaders at guard for the Salpointe basketball team again this season. While his great athleticism is huge for the Lancers, basketball is also very important to his life.

He has been committed to play football for his hometown University of Arizona for quite some time now. But that hasn’t stopped or slowed the attention, phone calls from other college coaches and everything else that comes with being a heralded recruit.

His escape from all of that, is basketball.

“I love basketball,” Denson said. “It’s something I do in my off time from football and something to do to get away from all the football recruiting and all of that stuff. It helps me ease my mind for life.”

Denson has impressed in what he considers something he does in his off time. He finds there are a lot of things that are crucial to his football game that translates in basketball.

“Just my athleticism, my first step and being quick out there,” he explained. “I try to get to the basket and score points. That’s what I try to translate from my football game to my basketball game.”

Another thing that Denson translates to both sports is winning. Salpointe hoops made it all the way to the Division II state title game last year as a six seed before just coming up short to Paradise Valley. Now the Lancers are building off that success this season coming off a year where Denson already won the state championship in football this season.

“Looking to go way deep in the playoffs,” Denson mentioned. “We’re still trying to build team chemistry and trying to get better at the little things but just trying to get my team to the next step and win a state championship.”

With all of this success on the basketball court, Denson assured that Sean Miller is not trying to pursue him to play basketball in Tucson as well.