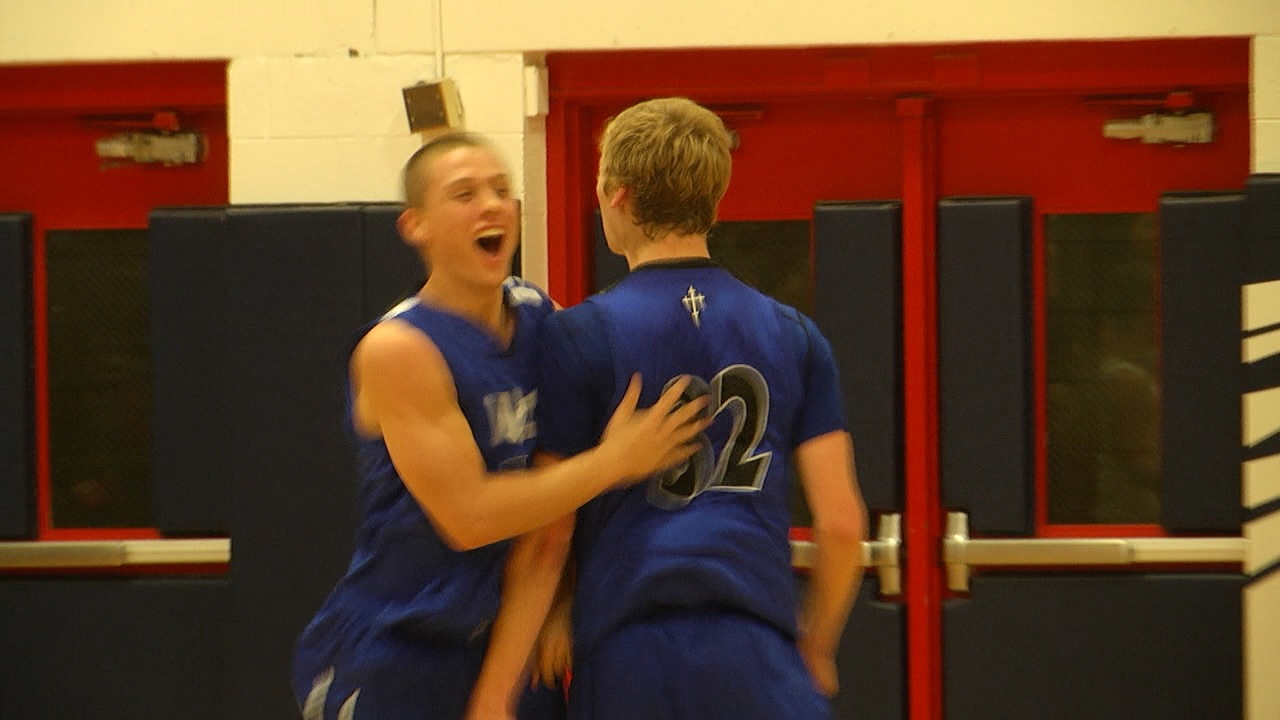 As the old saying goes, all good things must come to end.

Friday night top-ranked Scottsdale Christian Academy found themselves playing catch-up early and never recovered, falling to Valley Christian 61-48. With the win the Trojans improve to 14-5, 7-1 in Division III play. SCA falls to 15-6, 8-1. VC, playing without their top inside presence TJ Widner who is on a football recruiting trip this weekend to Liberty, spread the floor and gashed the Eagles’ defense with quickness and ball handling.

“Scottsdale Christian’s our biggest rival,” VC head coach Greg Haagsma told Sports360AZ.com after the game. “Our guys have been close to winning big games all year…we proved we could win the big game. We were disciplined. We did what we needed to do.”

He also got some help from someone he knows quite well as coaches’ son Brandon Haagsma paced the way with 19 points, using his 6’5 length to either get to the rim or shoot over SCA’s defense from outside.

“It felt really good from the start,” senior Brandon Haagsma said. “We really executed. It definitely felt good to get this win. We really kept our composure, especially after the run they made in the second half. We hit some key three’s and played really smart.”

The packed gym tried to help keep SCA alive but the Eagles hit a cold spell in the fourth quarter and the Trojans pulled away down the stretch, milking the clock in the final minutes with a comfortable double-digit lead.

Versatile junior post Mitchell Timmer battled foul trouble but finished with 14 points, while Jack Campbell added 12 for the victors who atoned for a 59-50 home loss to SCA three weeks ago. It’s likely these two will see each other again somewhere in the state playoffs.