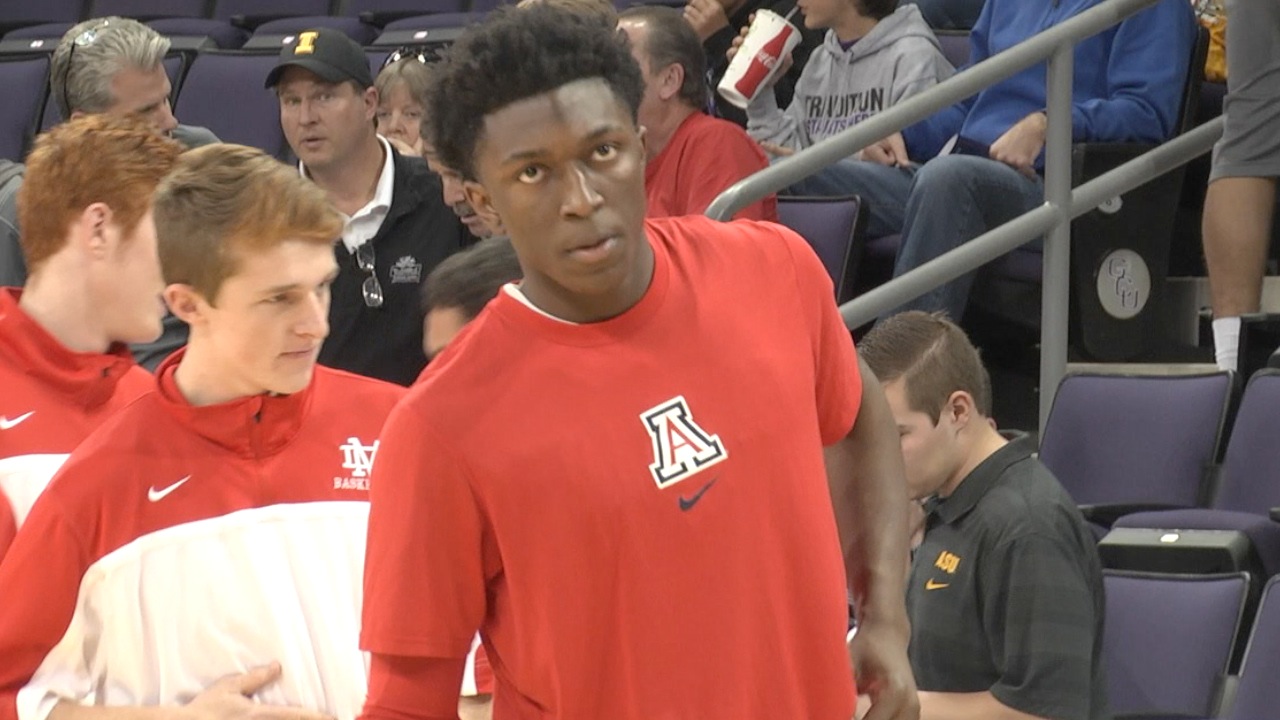 There were a lot of block A’s in GCU Arena on Saturday afternoon for the Hoophall West High School Invitational.

It was an opportunity for Wildcats fans in the valley to check out their top recruit for the 2014 class, Stanley Johnson from Mater Dei high school in Santa Ana, California.

Johnson himself got into the Arizona spirit by repping an Arizona shirt during pregame warmups.

“That was definitely on purpose,” said Johnson. “It wasn’t a coincidence…It’s fun being out here. I can’t wait to play here next year.”

The 6-7 swingman, who is regarded as one of the top prospects in the country, committed to the Wildcats back on November 15th. Johnson mentioned that the decision for him was something he is very excited about.

“The coaching staff and the people I met there on my visit were really genuine,” Johnson explained. “It’s home away from home for me.”

Johnson wowed the crown with thunderous dunks and impressive ability to score the ball. It is a role that he says he expects to bring with him to Tucson for the Wildcats starting next season.

“They have trust in my abilities to where I can come in and score right away,” Johnson mentioned. “They are not sure but my mind set is Aaron (Gordon) will be leaving, Nick (Johnson) and Brandon (Ashley) could leave, Kaleb (Tarczewski) will probably stay and Rondae (Hollis-Jefferson), so especially in that system there will be a lot of points being gone.”

In Johnson’s only game in 2013 in the state of Arizona, he just fell short of a triple-double with 21 points, 12 rebounds and eight assists. Not that the Wildcat fans that were in attendance needed more to be happy about after beating Michigan in Ann Arbor on Saturday, seeing the future of the program in the hands of a player like Stanley Johnson made the day that much better.