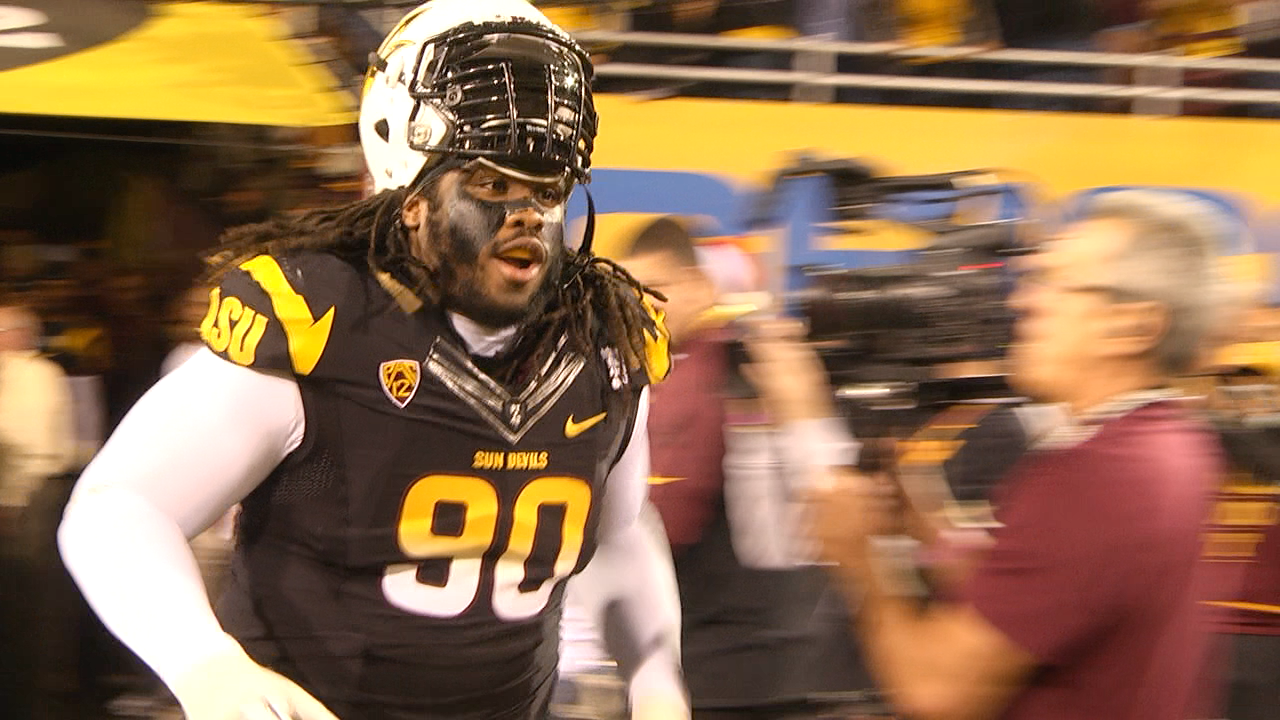 Will Sutton has never shied away from a challenge.

When head coach Todd Graham arrived at Arizona State, Sutton thrived. So much so the 6’1 305-pounder spurned the NFL to return to Tempe for his senior season. So why would an All-American coming off a breakout 2012 season (23.5 tackles for loss, 13 sacks) push away millions of dollars?

“It was a lot of things,” Sutton said back in early January. “Some of the main things are coming back and winning a championship. I’m doing it for my teammates and to get an education. Get my degree.”

This past off-season Graham issued another challenge. A different challenge. He asked the normally soft-spoken Sutton to become more of a vocal leader. Lead with actions and words. Become a mentor for the rest of the defense and younger players.

The transition wasn’t an easy one.

Often as quick to avoid interviews and media requests as he was getting to opposing quarterbacks last season, Sutton, along with quarterback Taylor Kelly, were the two players who represented the Sun Devils at Pac-12 Football Media Day in Los Angeles this past summer.

Graham asked Sutton, safety Alden Darby, cornerback Osahon Irabor and other key seniors to help them, in many ways, coach. Point out assignment errors, mis-reads and keep the defense mentally sharp both on and off the field.

“Sometimes it gets to a point where you have to tell another man you’re not playing right, you’re not playing good right now and we need you to step up,” Sutton said Monday afternoon after being named the Pac-12 Defensive Player of the Year for the second-straight season. “Sometimes, the other person, they don’t want to hear that…we all know it’s all for the good of team.”

“We hear Coach Graham talk so much about what we need to do and everything, he explained. “It kind of gives us a change-up of him trying to motivate us to me stepping in or Darby. I can really see a difference in the way the guys look. Sometimes when Coach Graham speaks it’s like, ‘man, we hear this all the time’ and then when I step in there and talk I see everybody bright-eyed and not saying a word…I really feel like those guys look up to me so it’s something I have to do.”

“He’s the best defensive player I’ve ever coached, hands down,” Graham said. “And over the past three weeks he’s become one of the best leaders I’ve ever been around.”

At least that’s what the Devils are hoping Saturday night  at Sun Devil Stadium.