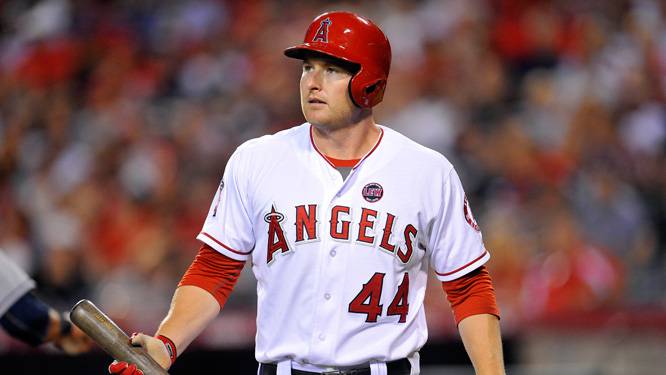 They don’t call Kevin Towers “The Gunslinger” for nothing.

The Arizona Diamondbacks General Manager was at it again Tuesday completing a three-team deal with the Los Angeles Angels and Chicago White Sox. The D-backs acquire power hitter Mark Trumbo from LA in return for pitchers Tyler Skaggs and Hector Santiago. The White Sox receive outfielder Adam Eaton. Arizona reportedly will also receive a player to be named or cash from the other clubs.

Trumbo, who’s hit 30 or more home runs the past two seasons provides pop in the middle of the lineup and protection for National League MVP finalist Paul Goldschmidt. However, the knock on the 27 year-old Trumbo, besides his pedestrian .250 career average, is his poor fielding.

So where does he fit in the desert?

“His best position is first base,” ESPN baseball insider Pedro Gomez told Sports360AZ.com in a telephone interview from the MLB Winter Meetings in Lake Buena Vista, Florida on Tuesday. “When you have the best first baseman in the National League, you’re not going to move Paul Goldschmidt away from that spot, especially the type of Gold Glove-caliber first baseman that Goldschmidt is. There are people in the industry that say Trumbo in not overly athletic. He’s not somebody that you can put almost anywhere.”

Gomez said another red flag on Trumbo has been his on-base percentage which dipped to .294 last season. Some skeptics of the deal believe he is simply a modern day version of former feast-or-famine Diamondback power hitters Richie Sexson and Mark Reynolds.

“Those are kind of comparable-type players to what Trombo has shown so far,” Gomez said.

It’s been clear since the winter meetings began the Angels were going to look for starting pitching help and Trumbo was likely their number one bargaining chip to swing a deal with young pitching depth like the Diamondbacks have.

This trade has come full circle in many ways for Angels General Manager Jerry Dipoto who, serving as interim General Manager with the Dbacks, acquired Skaggs, Patrick Corbin, Joe Saunders and Rafael Rodriguez from the Angels in 2010.