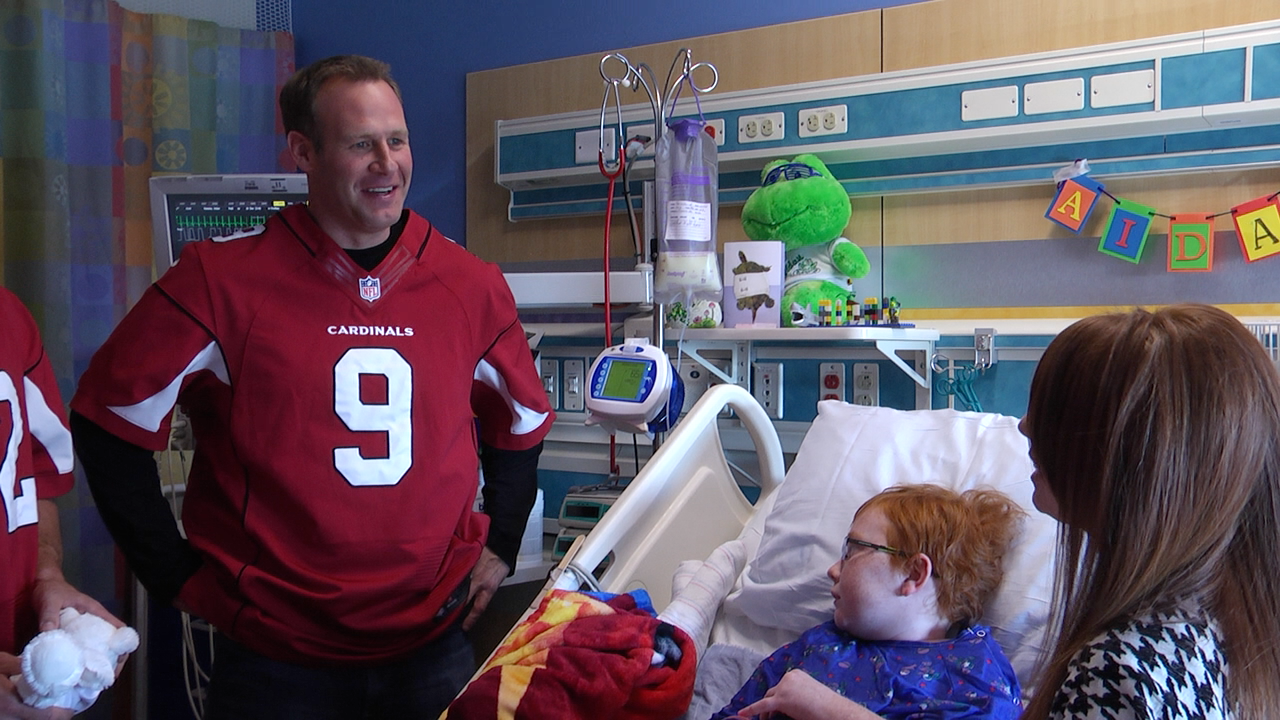 In the midst of a playoff chase some Arizona Cardinals to some time away from football Tuesday afternoon to do something far more important.

Quarterbacks Ryan Lindley and Drew Stanton, center Lyle Sendlein, punter Dave Zastudil and others participated in the team’s annual “Teddy Bear Express” at Phoenix Children’s Hospital. The players, along the Cardinals Women’s Club, front office personnel and mascot Big Red delivered bears in personalized white jerseys with a name and number of a player on the back to kids in the pediatric units throughout the hospital.

“It’s nice being here,” Zastudil said. “These kids have probably been through a lot and probably will have to continue to go through a lot. Holidays are a great time to give back to the community, especially kids that look up to football players.”

The players were paired into groups and visited wings of each floor. Many stayed close to two hours going from room-to-room, spending time talking and laughing with the kids.

“It’s something special,” Lindley explained. “We’re invested and we want to do things in this community to help out. It’s just a great opportunity for it.”