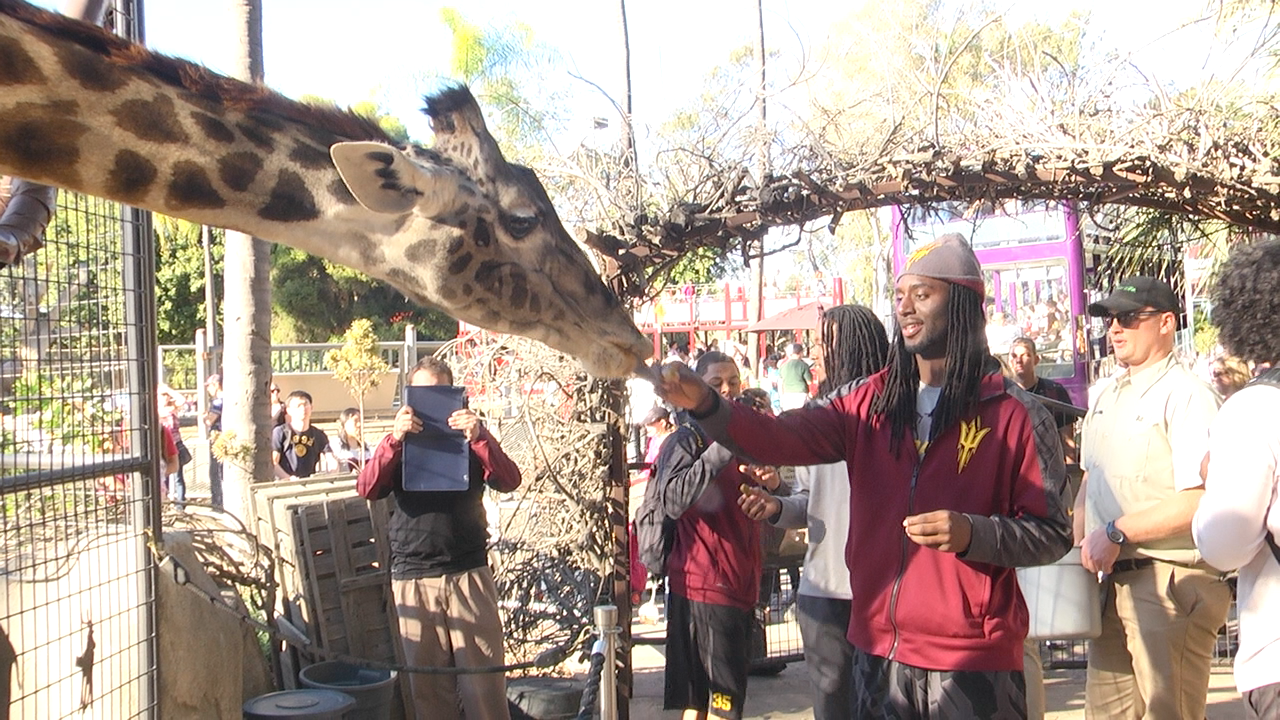 A day after making a splash with Shamu and the gang at Sea World the Arizona State football team’s stay in San Diego turned into somewhat of a zoo Friday afternoon.

As part of their Holiday Bowl hospitality package the Sun Devils toured the world-renowned animal kingdom shortly after their opponent Texas Tech.

“Our players enjoyed it,” head coach Todd Graham said as he toured the crowded park with his 11-year-old son. “Checking out the elephants and the lions. It’s been a great experience.

The 99-acre zoo opened in 1915 and houses exotic animals like pandas, koalas, anacondas, snow leopards and thousands more. A staff of close to 1,000 oversees and cares for the animals and facilities. The activity is one of the perks of their five-day stay here in southern California as they prepare for Monday night’s showdown with the Red Raiders at Qualcomm Stadium.

Some, like junior De’Marieya Nelson, took advantage of some once-in-a-lifetime opportunities.

“I liked feeding the giraffes at the zoo,” he told Sports360AZ.com. “It was very interesting. I just faced some of my fears right there [laughing].”

“Some lions and tigers,” he explained. “Those are some beastful creatures right there.”

Be sure to check back to Sports360AZ.com all weekend for continued coverage leading up to the game as the Sun Devils aim for their 11th win for just the sixth time in program history.