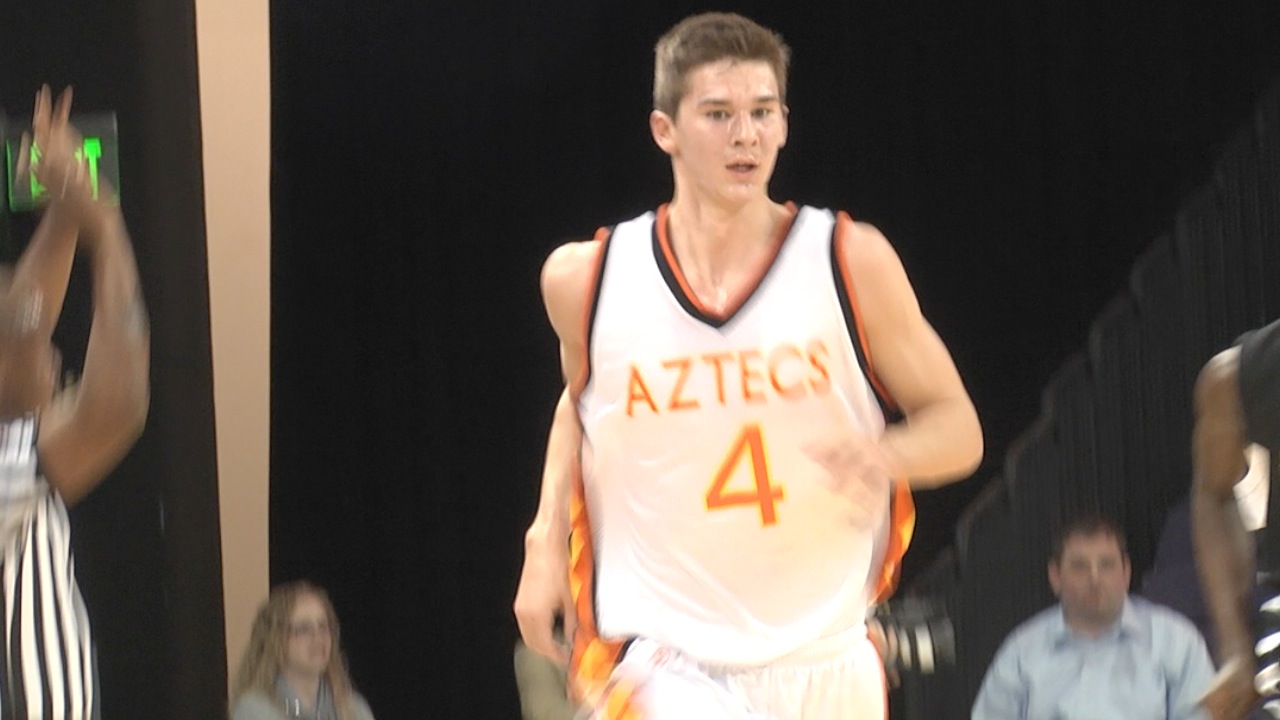 Many had seen the top flight junior from Alaska, Dane Kuiper in high school summer league and on the club circuit.

But now high school coaches around Arizona are having to game plan for for the junior transfer from Alaska suiting up for the two-time defending champion Corona del Sol Aztecs.

For those coaches, so far it isn’t going so well.

“It’s been great,” said Kuiper. “Playing with these guys, it has been an honor to come down here and play with the defending champions. Just having a good time.”

So far the Aztecs are are off to a blistering start, picking up where they left off last season winning the Hoophall West high school basketball Invitational last week at GCU. It is a team that can beat you with guard play, post play, outside and inside.

For Kuiper, it has fit his style of play as he can contribute in all of those facets and then some for this talented squad.

“Playing with these guys and having Coach Duane as a coach, I’ve really fit in well,” Kuiper explained. “I am an easy guy to play with on any team so it has been great.”

Before the start of the 2013-14 season, Kuiper decided to end recruitment early and commit to the University of New Mexico. His relationship with the people in Albuquerque goes back farther than his time in Arizona. He traveled down to the New Mexico from Alaska with his club team back in middle school and got to know some of the coaches and members of the staff. Most of which remains as the school despite head coach Steve Alford leaving for UCLA this past off-season.

Kuiper constantly stays in touch with the Lobo staff and is following through on aspects of his game that that would like to see him fine tune before he officially steps foot on their campus.

“Being more of a point guard and working on my ball handling, getting to the basket and getting stronger,” he said.

Corona continues to match themselves up not with the states best, but also the nations best. The Aztecs will face off against St. John’s Bosco from California in one of three tough games at the Visitmesa.com basketball challenge next week and then a showcase game against the basketball power Findlay Prep from Las Vegas on January 4th all before they begin section play.

All part of Kuiper and the Aztecs’ quest for a three-peat at the highest level of play in Arizona.