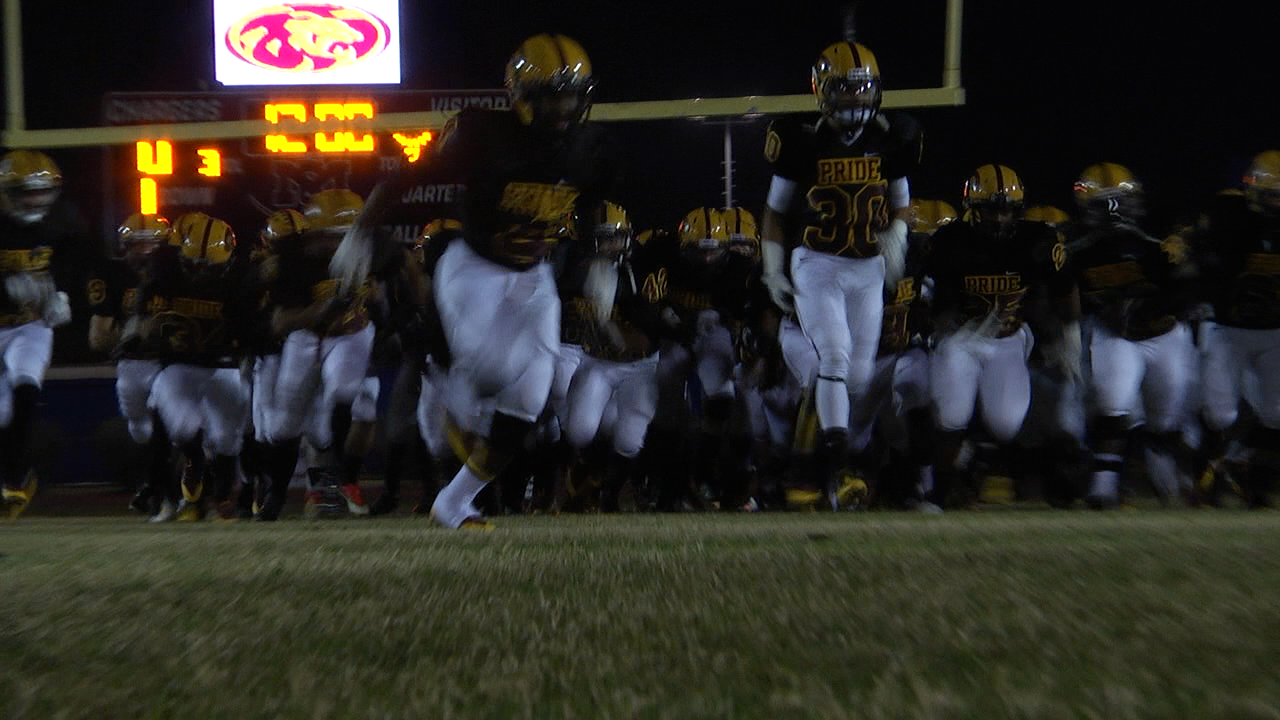 They say it’s not how you start it’s how you finish.

Good thing for head coach Norris Vaughn and Division I top-seed Hamilton who trailed 9-7 at halftime before scoring 20 unanswered second half points and coasting to a 27-9 win over fourth-seeded Desert Ridge.

The Pride (13-0) looked sluggish early fumbling on their first play from scrimmage which was scooped up by the Jaguars deep in MPHS territory. However, the drive stalled and Desert Ridge (11-2) would settle from a booming 50-yard field goal from Brandon Whitlow. DRHS would stretch the lead to 6-0 before junior quarterback Antonio Hinojosa would find an out-stretched Jalen Brown down the seam for a 38-yard scoring play.

Whatever Vaughn and his coaching staff said in the locker room came to fruition after intermission as the offense came alive, eventually tacking on two fourth quarter touchdowns to ice the game the game and send the Pride into the finals to play #3 Hamilton.

Mountain Pointe was able to bottle up the Jags rushing attack, particularly junior star Taren Morrison who managed 115 yards on 26 carries. Far below his 199 average this season. Considered one of the top backs in the state he averaged over 12 yards per attempt.

Mountain Pointe-Hamilton will kickoff Saturday at 3:30 from University of Phoenix Stadium in Glendale.