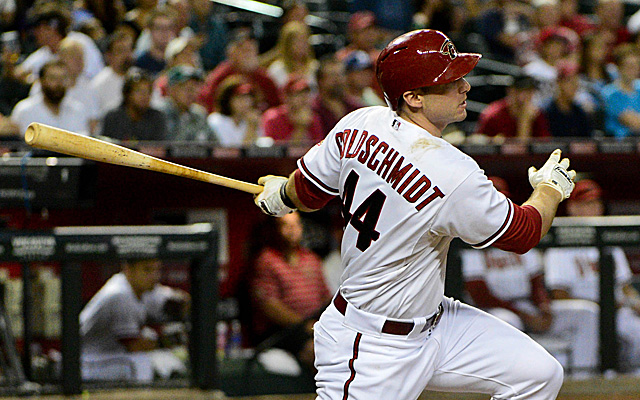 After winning a gold glove and a silver slugger award, Arizona Diamondbacks first baseman Paul Goldschmidt was one of three finalists, along with Andrew McCutchen of the Pirates and Yadier Molina of the Cardinals, for the National League Most Valuable Player Award.

“It’s a huge honor just to be one of the finalists,” said Goldschmidt. “There have obviously been a lot of great players, just to be mentioned alongside them is a huge honor. I want to say congratulations to Andrew McCutchen and Miguel Cabrera and all of the other winners. It was a good year and hopefully we’ll move on and get a little bit better as a team next year and strive towards making the playoffs and winning the World Series.”

Goldschmidt had a breakout 2013 season leading the NL in home runs (36, tied with Pedro Alvarez of the Pirates), extra base hits (75) and RBIs (125) and along with pitcher Patrick Corbin, was named to his first All-Star team this season. He finished the year with a .302 batting average, .401 on-base percentage and a league leading .551 slugging percentage.

Past Diamondbacks had come close to winning the award. The closest were Matt Williams in 1999 and Luis Gonzalez in 2001 who both finished third. In 2011, outfielder Justin Upton came in fourth.

In the American League, it was Miguel Cabrera of the Detroit Tigers who was named the MVP. If it was even possible, Cabrera’s numbers were even better in 2013 than the triple-crown MVP 2012 season.