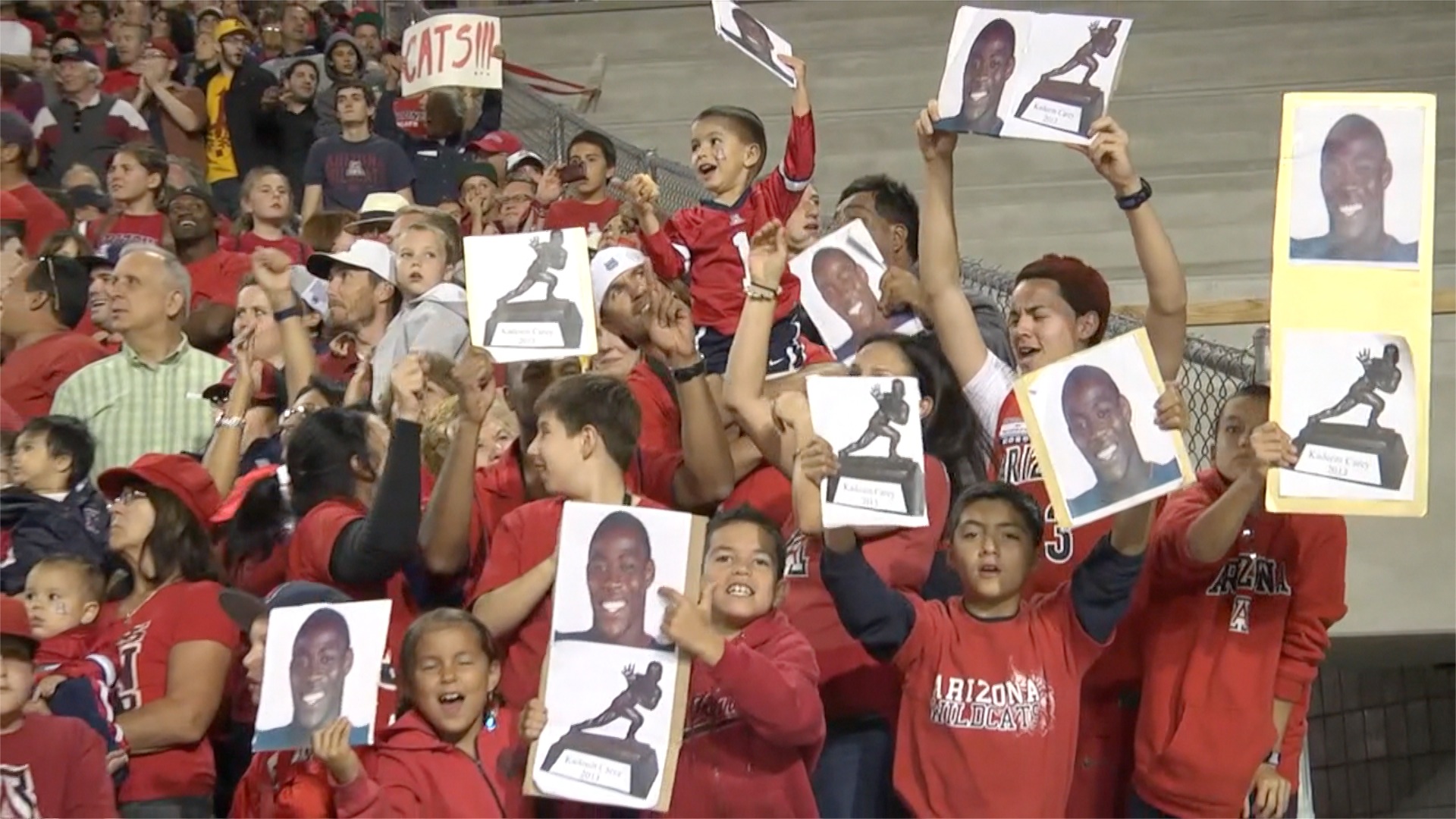 As the Arizona Wildcats football season reaches it’s final month, once again the star running back Ka’Deem Carey is mentioned in the same breath as some of the nation’s best.

He is already Maxwell, Walter Camp and Doak Walker Award Semifinalist and a Heisman Trophy and All-America candidate because of his play in 2013.  With that, the Arizona Athletics department has begin the #TeamKaDeem campaign to promote their star for postseason accolades including a Heisman Trophy candidate. And it was in large part to how he has handled himself both on and off the field since having a rocky off-season away from football last summer.

“Ka’Deem obviously needed to earn his chance to be promoted and he has done a very good job of that,” Arizona Athletic Director Greg Byrne told Brad Cesmat. “So we have started out #TeamKaDeem campaign and we hope it can be for numerous post-season awards including the Heisman.”

“One of the things we try to do is be out there on the video side and just try and do creative things that other schools aren’t doing,” Byrne added. “Between the weekly videos that we do from a game day experience stand point…we are always trying to do somethings that are unique and we thing the Team Ka’Deem campaign that our folks have put together is really good.”

The question is whether or not this will be the last season for Carey in a Wildcats uniform. The NFL is waiting on him and scouts have been flocking to Arizona this season both to Tucson and Tempe as Carey and ASU’s Marion Grice are seen as two of the top running back prospects in the country.

“It’s nice to see that kind of attention in our state,” Byrne said. “Obviously we feel great about Ka’Deem because he is a Tucson kid and to see him continue to grow and become who he is, I think the future is very bright for him and we are excited to see where he is.”

“We have a lot of NFL scouts coming to our campus regularly, at our games and our practices and they are paying a lot of attention to Ka’Deem,” Byrne added. “I have gotten to know Ka’Deem very well and I like the young man. I’ve told him ‘you’ve got a personality, a smile, a demeanor about you that you can do extremely well not just on the football field but off the football field.’”

Carey and the Wildcats look to bounce back against Washington State at home Saturday after a tough home loss to UCLA last weekend. Kick-off is at noon from Arizona Stadium.