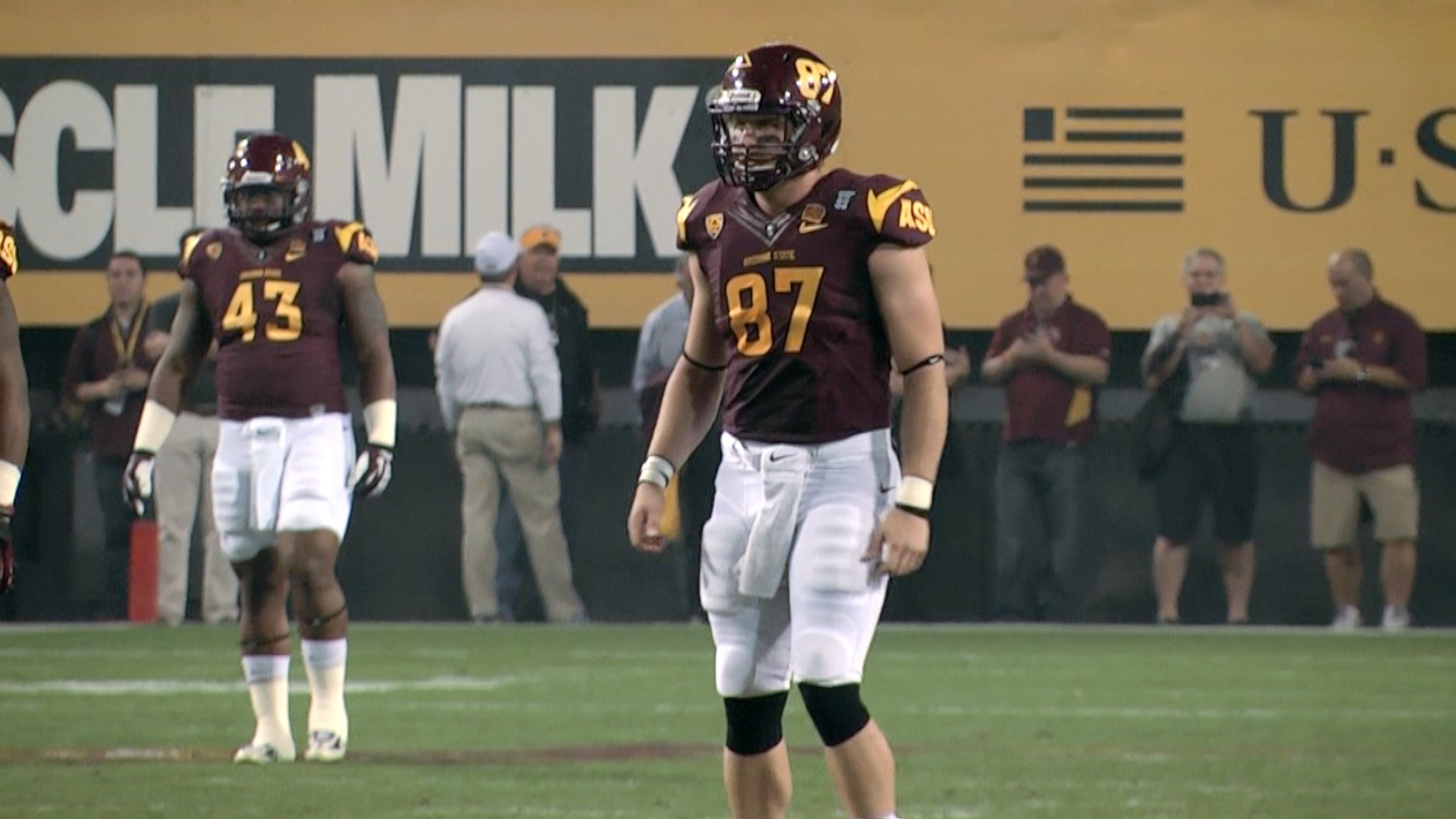 Like many players that suit up for the Arizona State football team, Chris Coyle grew up in Southern California.

He was a three-year starter at Oaks Christian high school in Westlake Village, CA, the same high school former Sun Devil quarterback Rudy Carpenter attended. All the while, he grew up in a household that bled UCLA Bruin blue.

Chris’ father, Richard Coyle, played water polo at UCLA from 1972-76. But ever since Chris Coyle first stepped foot on campus of Arizona State University as a member of the football team, Richard’s allegiance to all things UCLA had been put to the side.

“With my dad being from UCLA, he did cheer for them before I got to college but now he likes to cheer for me,” said Coyle. “If they win some of their games he is happy but he would never cheer against us when we are playing UCLA.”

All of that was put to the test last season when ASU and UCLA squared off at Sun Devil Stadium. If was the first season as a starter for Coyle and it was a game with big conference ramifications. ASU ultimately fell to the Bruins on a last second field goal. There was a time that Richard Coyle might have celebrated the exciting finish for the Bruins, but it was definitely not the case that time.

“He was probably one of the more angry fans in the stands,” Coyle explained. “He expects success and that is one of the things that helps me improve as a player.”

Water polo players are known to be as tough an athlete there is. That toughness and competitiveness from his father as well as his mother has carried over to Chris all of his life at all levels of competition.

“They taught me to always have a fire in my belly,” explained Coyle. “To have that drive to go out there and win no matter what it is. It’s something that I have carried with all throughout my years, high school, college, I’ve been really focused on that.”

Coyle and the Sun Devils have a matchup with UCLA that once has something big on the line, the Pac-12 South champion. There will be no house divided with the Coyle family this saturday, the Rose Bowl will be a place where they will sport the maroon and gold with no hesitation.