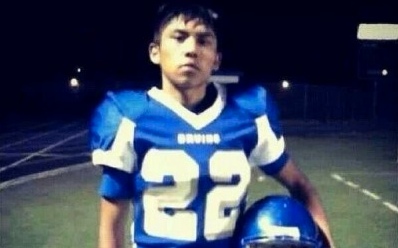 It’s a heartbreaking story coming out of Hopi High School in the northeast corner of Arizona. Hopi High senior Charles Youvella died of a traumatic brain injury on Monday.

He was injured in Hopi Highs 60-6 playoff loss to Arizona Lutheran in a first round playoff game. Youvella scored his teams only touchdown late in the game.

According to reports, Youvella caught a pass during the fourth quarter and on his way down to the ground hit the back of his head hard on the ground. He would play two more plays before collapsing on the field. Witnesses say that he was conscious before an ambulance took him to a Phoenix hospital. He would pass away on Monday night.

A memorial service will start at 7pm Wednesday night at the Hopi High Gymnasium, Donations to help defray the costs are being accepted at Hopi Jr. and Sr. High School. Call: 928-738-5111 x230.