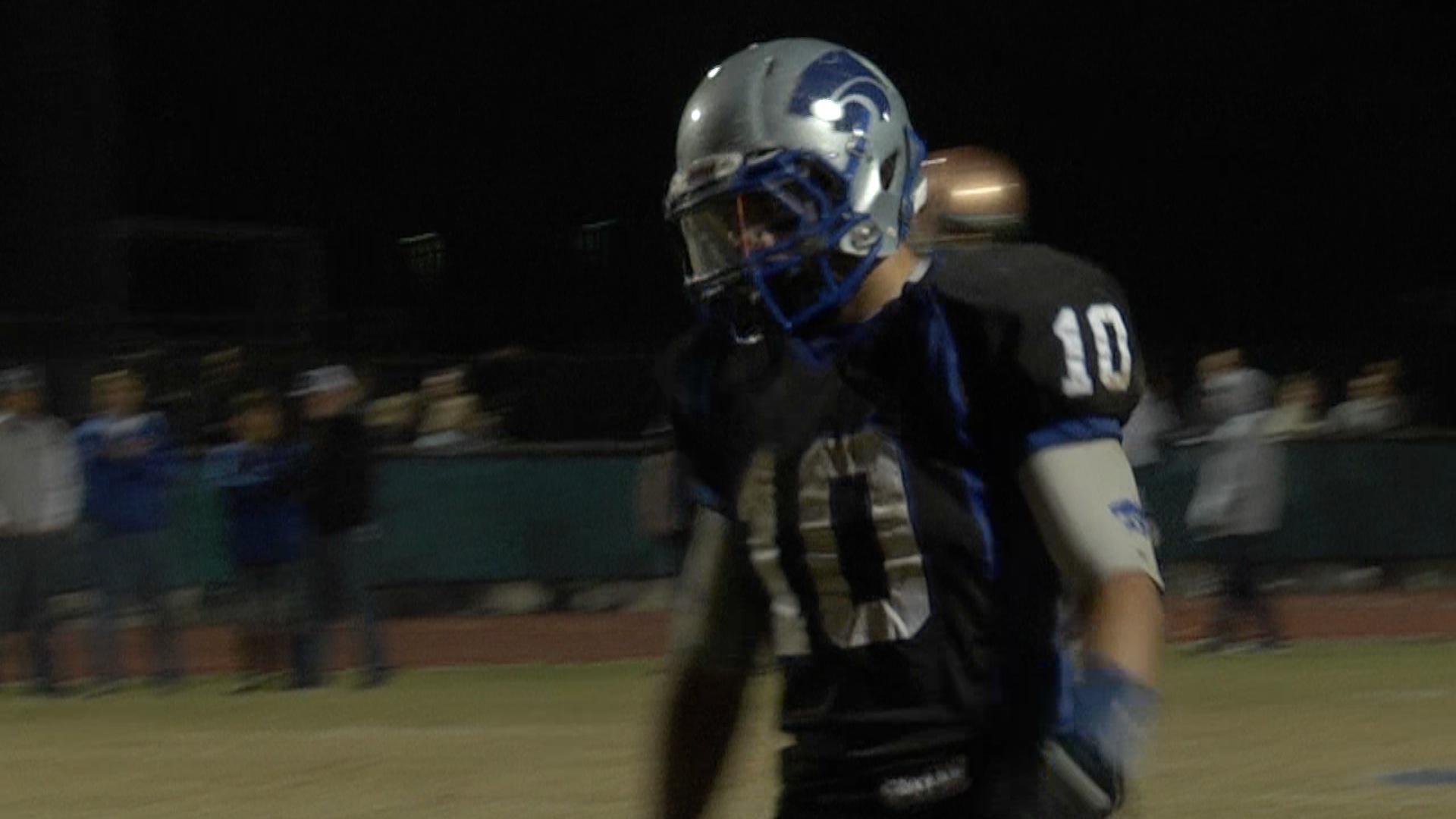 It’s been a special season for the Mesquite Wildcats.

A team that was somewhat under the radar at the beginning of the year, but you look up and the Wildcats sport just one loss and are among the best Arizona has to offer in division II.

Mesquite’s success has been do in large part to a great senior class which is led by safety and wide receiver, Juan Giraldo.

“The season has definitely been one to remember,” said Giraldo after beating the Campo Verde Coyotes 30-0 on friday. “I couldn’t imagine a greater senior year. One to remember honestly, With coach (Jim) Jones and the addition of some new guys, we have really bonded together.”

Giraldo has made a name for himself around the start over the last couple of seasons by his play on the defensive side of the football. He covers an unfathomable amount of ground at the safety spot and seems to have his hand in every play made.

However, he is not done on defense. He is also one of the Wildcats top offensive threats at receiver as well as the team’s punt returner.

“Im not so sure Juan’s not the best all-around athlete in our section and he’s got to be right up there in the whole state,” mentioned Mesquite head coach Jim Jones. “The kid runs a 4.3-something 40 (yard dash) and he’s just a football playing fool.”

“I’ll play wherever I am needed to help the team win,” mentioned Giraldo. “I like defense but I’ll do whatever, it really doesn’t matter.”

Paired with Giraldo on defensive is fellow safety and best friend, Jordan Robinson. Robinson transferred to Mesquite this past summer after attending Brophy prior. The two of them make up one of the most feared defensive backfields in the state.

“I like to say I am Mario and Jordan is Luigi,” Giraldo joked. “But honestly, he’s my best friend and like a brother to me and we benefit from each other.”

Girardo currently does not hold any college offers which coach Jim Jones said needs to change.

“The sad thing about it is no one is really talking to him yet,” coach Jones stated. “I think he would be a great division I AA kid. We’ll see. I’ll take him!”

The Wildcats finished 9-1 on the season and now look ahead to the playoffs. Giraldo and his teammates have one thing on their mind as the regular season comes to an end.