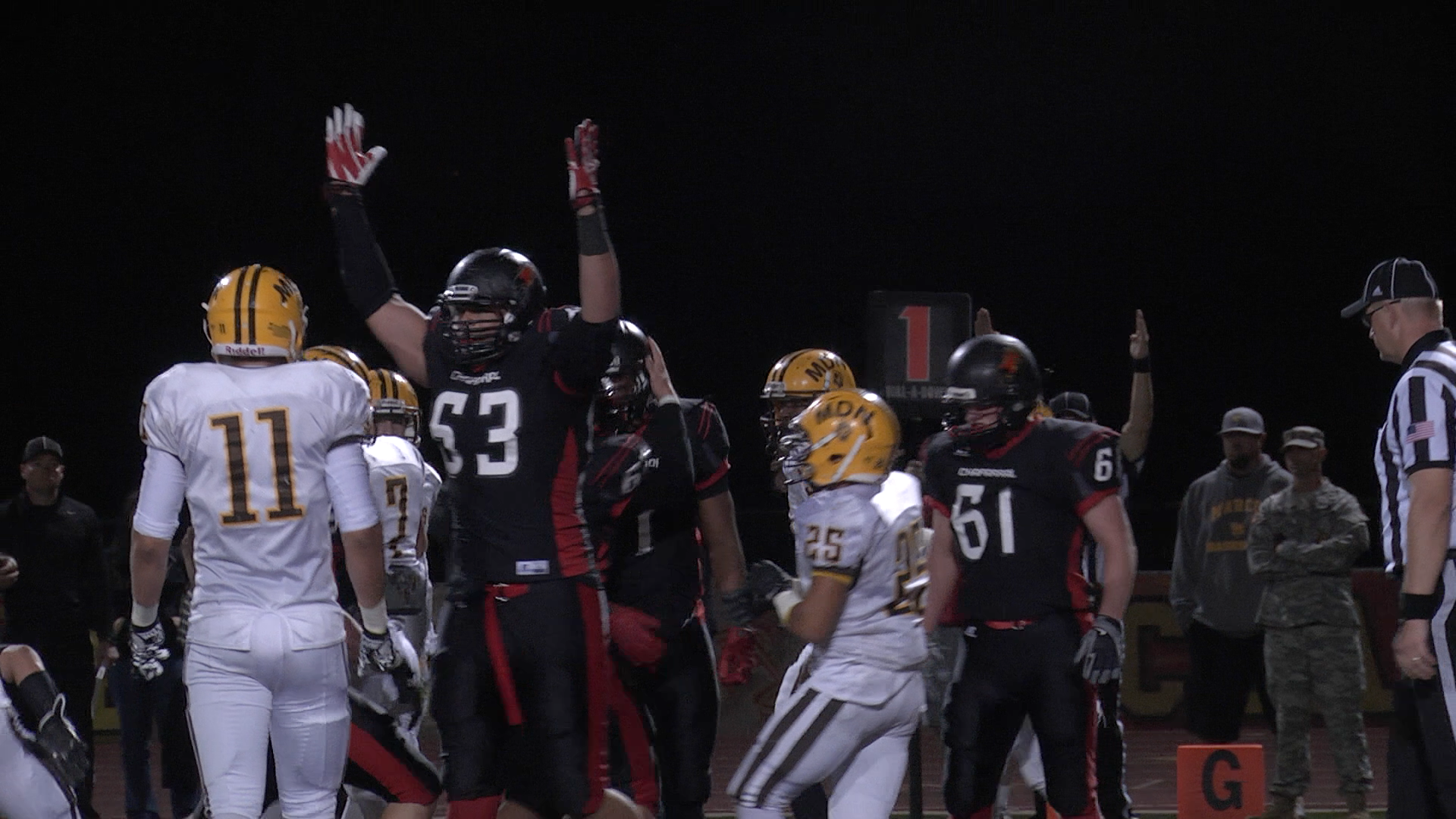 At least that’s the way the Chaparral Firebirds feel after their 35-21 win over sixth-seeded Marcos de Niza in their Division II quarterfinal matchup at Firebirds Stadium. The victory snapped a three-game losing skid to Eckley and the Padres. Chaparral set the tone early harassing Eckley, often making his throw on the run or scramble after his protection broke down.

“Our linebackers are fast,” Chaparral head coach Dave Huffine said on the field after the game. “Our defensive line is the best unit we have and our secondary covered [Friday].”

Eckley and the Padres certainly didn’t go down without a fight. His nine-yard run pulled MDN even at 14 but Chaparral answered back with a touchdown of their own and kept momentum sacking Eckley deep in Marcos territory and recovering a fumble on the play which led to a two touchdown cushion shortly thereafter.

Huffine mixed up his defense using 6’6, 238-pound tight end Trevor Wood at defensive end. The move paid dividends as Wood had a sack and was in the Padre backfield most of the night.

“We just kept grinding,” UofA signee Wood explained. “We kept working and kept pounding. They played their hearts out but we had the nastiness.”

ASU commit Tyler Whiley played an exceptional game on both sides of the ball locking down one side of the field as a cornerback and scoring three rushing touchdowns on offense. He was especially effective in the ‘Wildcat’ formation keeping the Padres defense off-balance with his quickness both between the tackles and on the edge.

The third-seeded Firebirds will face second-seed Mesquite next week at Gilbert High.