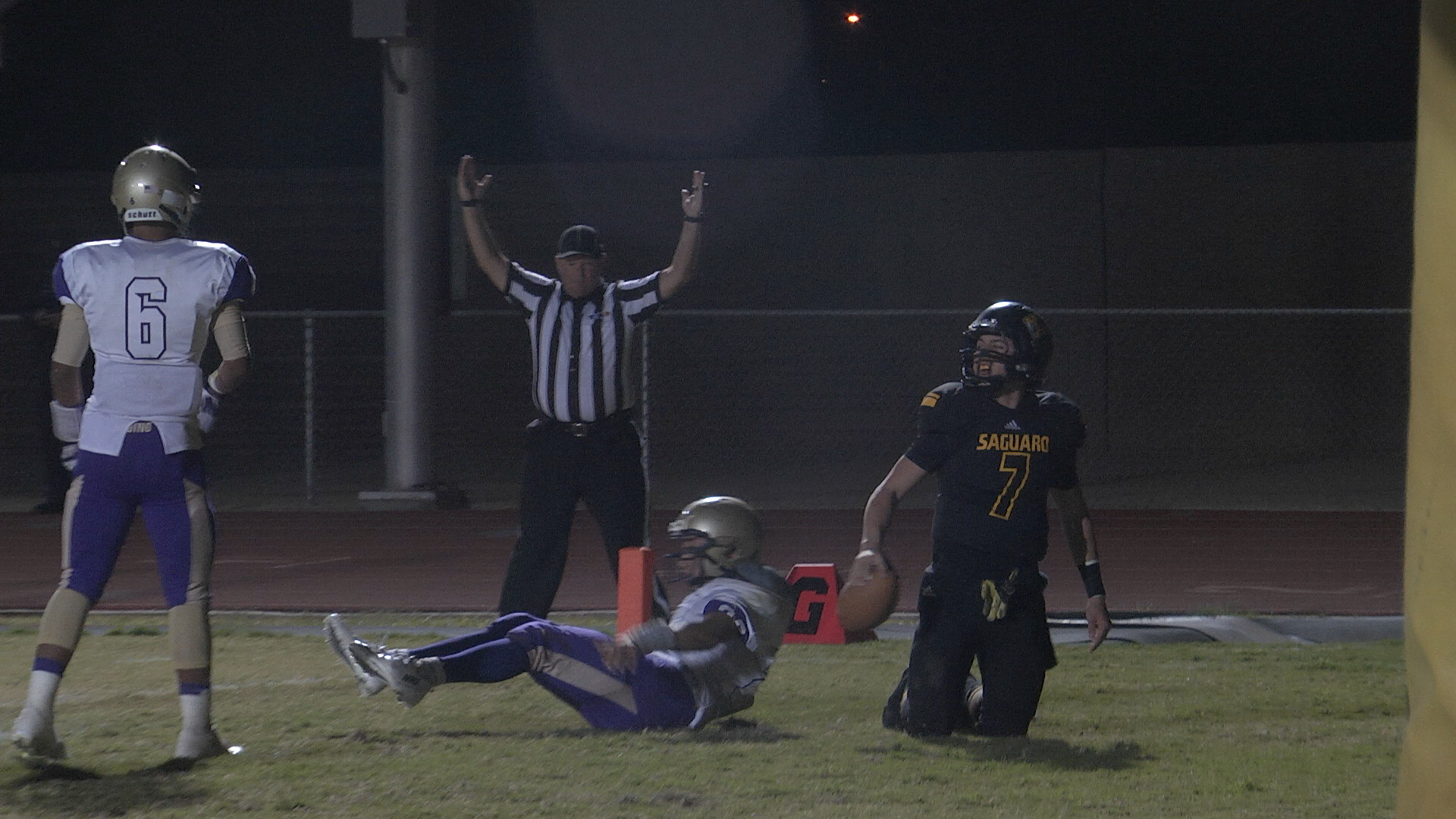 As the Saguaro Sabercats huddled in the end zone moments before taking the field for their Division III quarterfinals matchup against Tucson Sabino the rallying cry was to “leave no doubt.”

The second-seeded ‘Cats struck early racing to a quick 14-0 lead and coasting to an easy 48-20 over their Sabercat neighbors down south.

Senior quarterback and Cal Berkley-bound Luke Rubenzer was nearly perfect completing 15-23 for 322 yards and five touchdowns. He kept the Sabino (9-3) defense on their heels all night with both his arm and his legs. He finished with 124 rushing yards and two scores on just 13 carries.

Saguaro (11-1) took a commanding 28-12 lead into half and Rubenzer picked up where he left off at intermission hooking up with senior wide receiver Isaiah Bradley on a 21-yard scoring strike making it 35-12 and essentially putting the game away. Saguaro finished with 569 total yards. They were able to use their team speed with Bradley and junior athlete Christian Kirk often getting to the edge for big plays at speed sweeps and zone reads by Rubenzer.

On the other side of the ball the Saguaro defense did their part, as well picking off two passes and registering four sacks. As a unit they allowed just nine first downs and 340 yards of total offense.

Expect the task to be much tougher next week when they face third-seeded Desert Edge in the semi-finals just down the road at Arcadia High School.