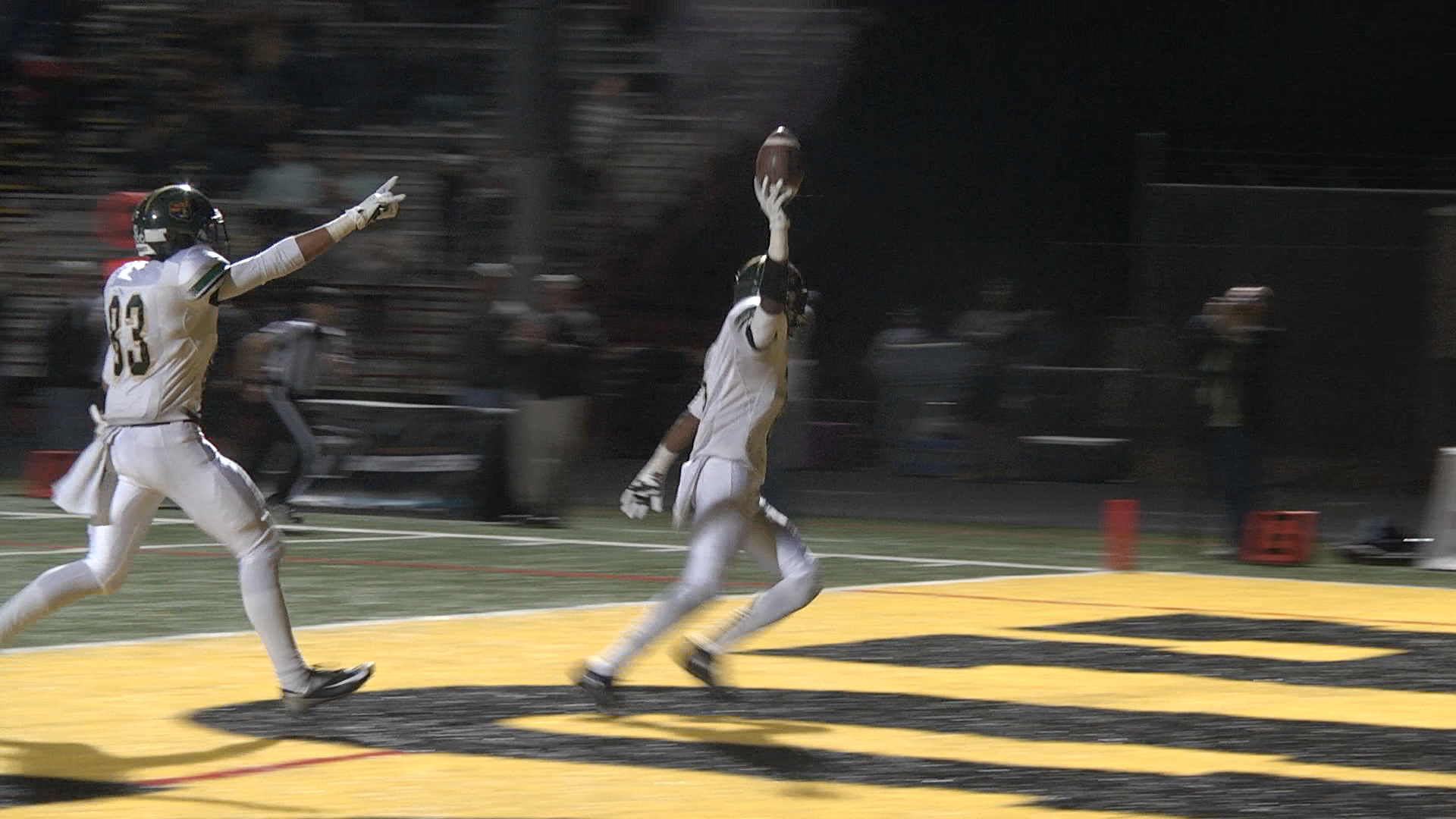 Sometimes in sports it’s not how you start, it’s how you finish.

This especially holds true when the temperatures drop and the high school football playoffs start here in Arizona.

The 10th-seeded Basha Bears (6-5) were a perfect example of that storming back from an early 14-point deficit to upset seventh-seeded Horizon 43-42 thanks to a last-minute field goal from junior Cade Thompson.

From the opening quarter it was clear points wouldn’t be at a premium as the Huskies (8-3) clung to a 35-34 lead. Horizon had been rolling up big numbers this season under first-year head coach Kris Heavner and Friday night was no different.

Only problem was Basha had an answer for every haymaker junior quarterback Dalton Sneed and his partner in crime, running back and two-way star, Luke Quinn threw.

Surprisingly neither team scored in the third quarter but Basha went ahead when senior quarterback Zach Werlinger hooked up with his favorite target Ryan Robertson for a score making it 40-35 after the failed two-point conversion.

Quinn answered on the next drive breaking a tackle around the edge and outracing the Bears’ secondary to pay dirt to put the Huskies back up by two.

But the Horizon defense couldn’t contain Werlinger in the pocket when they needed a stop and he patiently and precisely marched the offense inside the HHS red zone setting up Thompson who atoned for a 42-yard miss at the end of the first half.

“My heart was beating really, really fast,” he told Sports360AZ.com after the game. “It turned out to be pretty cool.”

Werlinger said it was one for the ages.

“We anticipated a shootout. I gotta give credit to Horizon. They are a good team. It was a lot of fun.”

Basha advances to play Chandler in the quarterfinals.