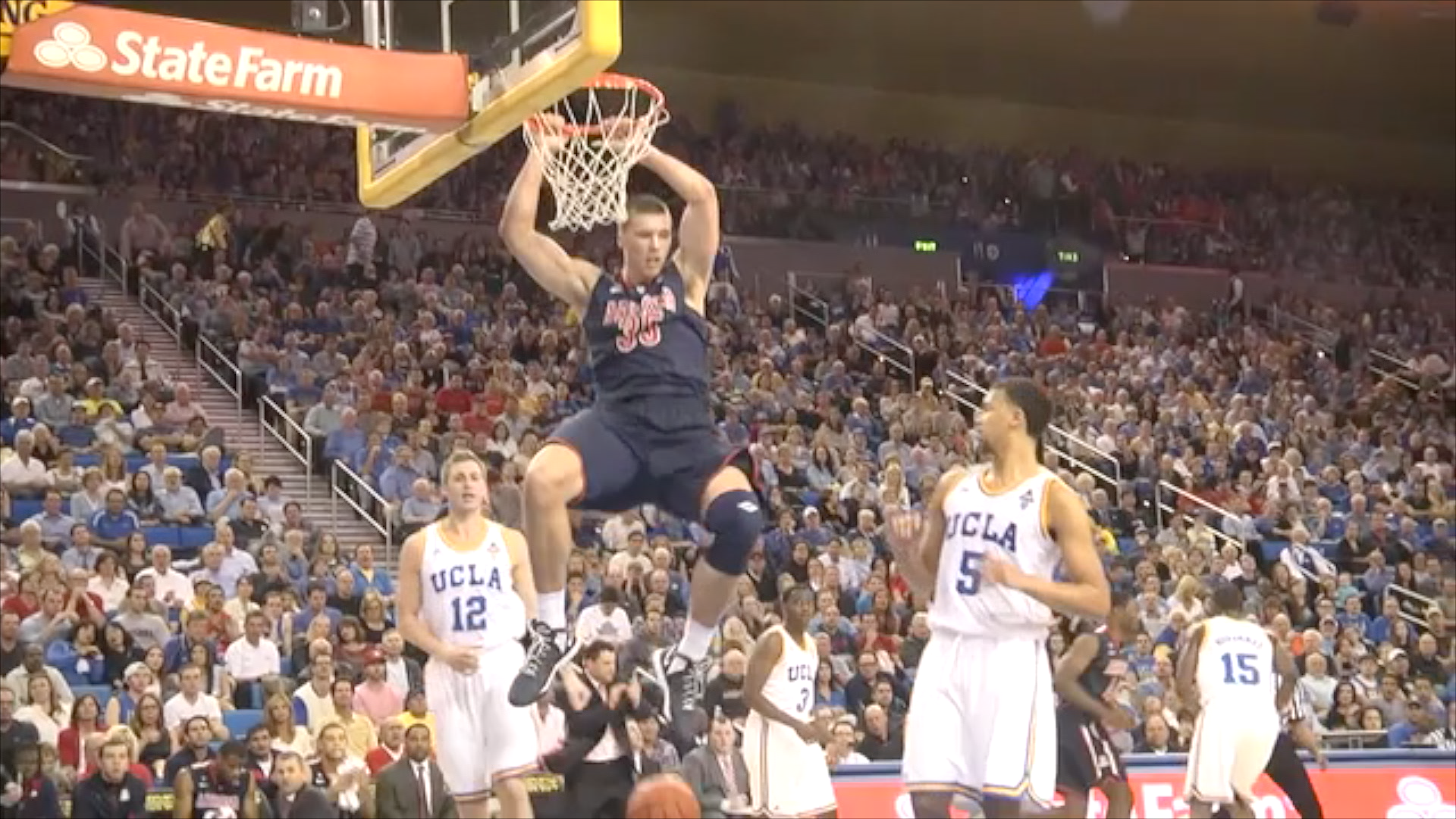 The dreaded college “freshman 15” doesn’t necessarily apply just to females when it comes to adding those extra teenage pounds.

He’s improved in so many elements

At least that’s the approach University of Arizona center Kaleb Tarczewski took this summer preparing for the grind of his sophomore season in Tucson. The seven-foot space eater ate less and is more concerned about improving his game and less on simply taking up space, something he feels he did from time-to-time last year.

“I’m a little bit lighter, a little bit quicker,” the slimmed down Tarczewski told Pros2Preps.com in a sit down interview in Tucson. “[I’m] more athletic so I’m hoping that really helps…that’s something I was really successful at this year. I feel great. I’m in great shape heading into the season and that will only progress as we go through practices.”

His hard work on and off the court has caught the attention of his head coach.

“He’s improved in so many elements,” Miller said. “He’s grown.”

“Zeus” was inconsistent at times as a true freshman but, like fellow young big man Brandon Ashley, began playing his best towards the end of the season when the ‘Wildcats made a deep run in the Pac-12 Tournament and advanced to the Sweet 16 of March Madness.

UofA lost a trio of talented front court players due to graduation and/or the NBA but the mindset never changes in the Old Pueblo when it comes to their hoops program. Miller knows the 2013-14 squad is younger but believes they’re more versatile and possibly more talented than last year.

“Collectively as a group we all want to be the best we can,” Tarczewski explained. “We’re a little bit younger but I think the chemistry of our team is great.”

Even as just a sophomore he views himself as more of leader and says the freshmen [including much-heralded Aaron Gordon] aren’t afraid to speak their minds and have already begun to gain the respect of the old players even early in pre-season.

Only time will tell if this UofA team has the makeup to pave their way to another magical season at a school which prides itself on their basketball success but “Zeus” is hoping his attention to detail off the court will lead to better results for he and the ‘Cats on it.