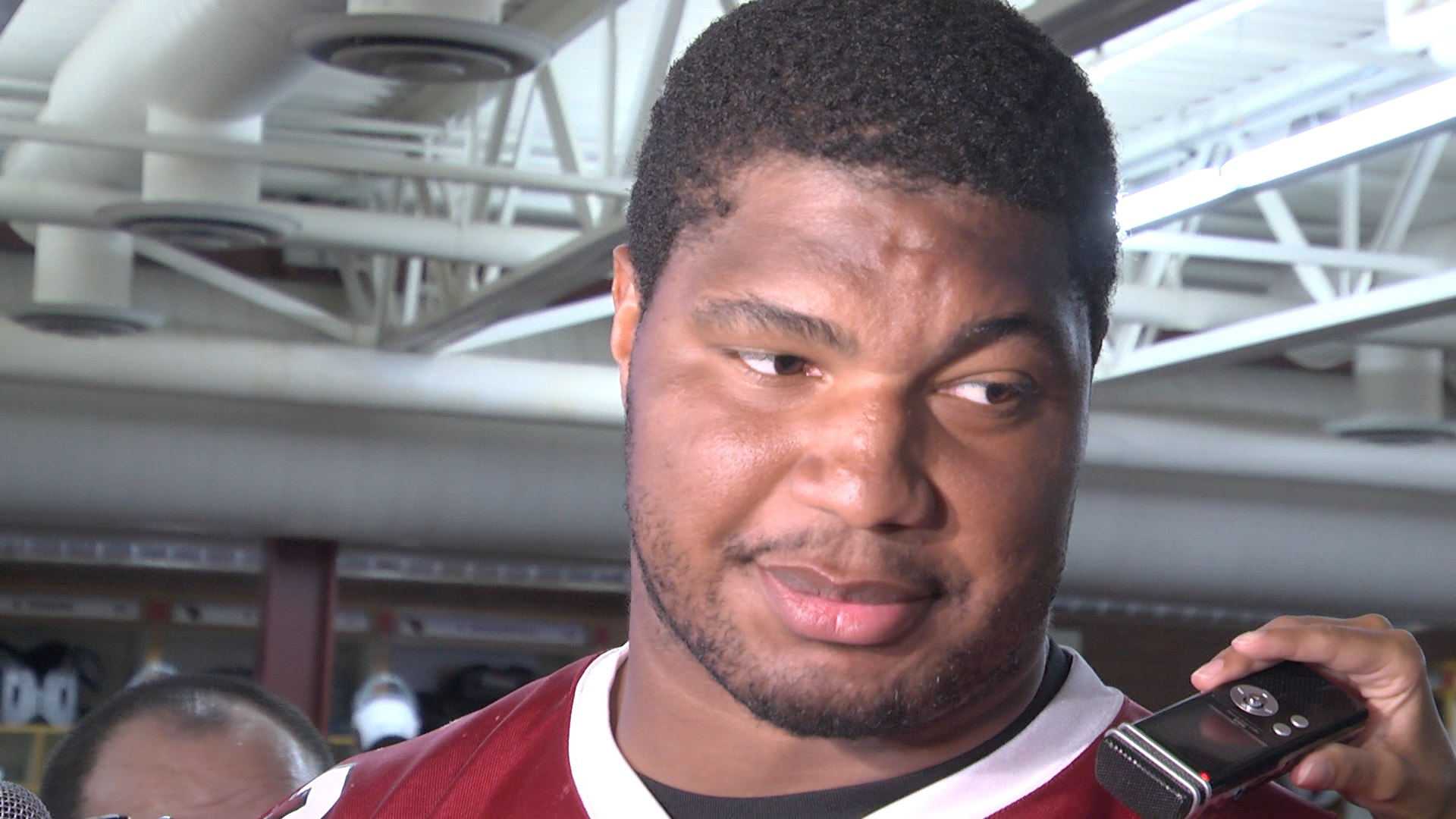 Laying on the turf Sunday afternoon at Candlestick Park in San Francisco Calais Campbell wasn’t sure what his future held on the field or off it.

As some 49er fans inexplicably started the wave, players and coaches from both sides circled around Campbell as he was carefully placed on a stretcher as a precautionary measure late in the fourth quarter of the Niners 32-20 win. He was immediately taken to a nearby hospital for evaluation before returning to Arizona early Monday morning.

“I was trying to make Frank Gore fumble,”  Campbell told the assembled media Monday afternoon at the Cards headquarters in Tempe. “I put my head down. It was kinda like a stinger feeling but it went all the way down to my feet.”

“It’s never fun,” he explained. “Especially when it’s a head or neck injury involved. You just start hoping and praying that everything is going to be alright. He was coherent and talking…so I was very optimistic.”

Speaking of optimistic, Campbell even believes he could back in uniform for Thursday’s showdown against the NFC West-leading the Seattle Seahawks (5-1) at University of Phoenix Stadium in Glendale.

“I feel pretty good now,” he said. “Football is my life so I look forward to strapping it up and playing again.”

Campbell is second on the team in sacks (3.5) and has 18 tackles this season.

The Seahawks-Cardinals kickoff is set for 5:25.