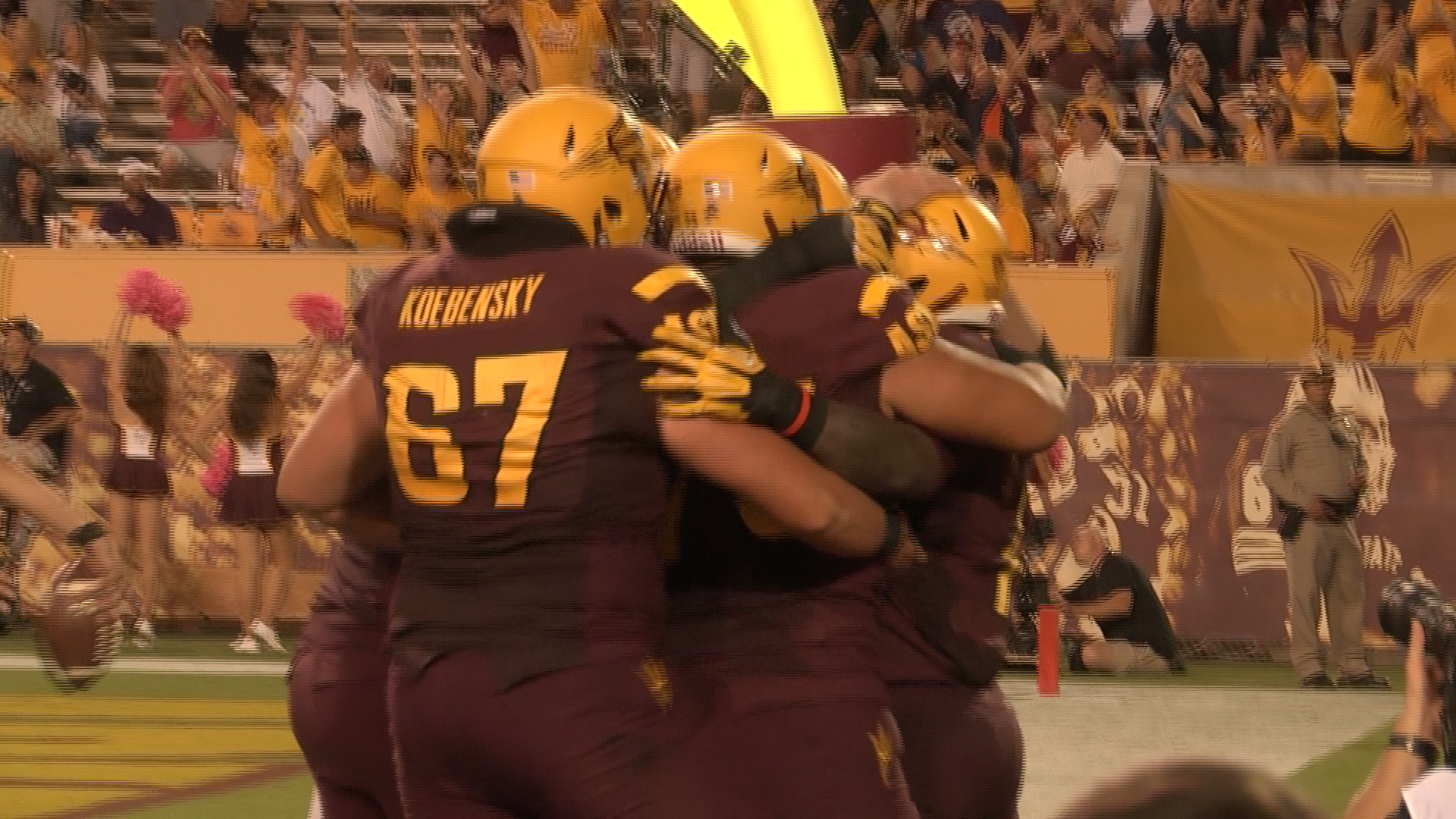 It was assumed there would be plenty of points scored when Arizona State entertained the Washington Huskies Saturday afternoon at Sun Devil Stadium but few could have predicted the outcome.

1. It wasn’t perfect but it was pretty close: Yes, Robert Nelson fumbled away a punt setting up a Washington touchdown and there were a couple assignment errors here and there and four penalties (a lot for Todd Graham) but tough to dispute the fact ASU landed the knockout punch at halftime after spotting Washington an early 7-0 lead. In this case the stats don’t lie. The Devils tallied 31 first downs and nearly 600 yards of total offense (585). Staggering to think what could have been had ASU not taken their foot off the gas early in the fourth quarter. “May have been the most impressive performance we’ve had since I’ve been here,” Graham said afterwards. “We’ve got a heck of a football team.”

2. The defensive line got defensive: Graham said Washington was slanting their blocking towards Will Sutton and Carl Bradford. Well, it clearly didn’t work as Sutton finally looked much more like the player of 2012 registering a sack and three tackles for loss. Bradford added a sack of his own and three TFL’s. “Carl is unblock able if he doesn’t want to be blocked,” Graham explained. They sacked Keith Price seven times before eventually sending him to the locker room with a thumb injury. Kudos to Gannon Conway and the entire front for keeping Bishop Sankey in-check (22 yards). The Huskies finished with negative five yards on the ground. Graham improves to 12-0 at ASU when leading at halftime.

3. Rush to glory: 317 rushing yards for ASU. 317!!! Marion Grice (ho-hum) had 161 and two scores. He already has 18 through seven games. Quarterback Taylor Kelly was nearly flawless on the zone read rolling up 84 and two touchdowns himself. When the ASU o-line wasn’t paving the way on the ground they were allowing Kelly time to go through his progressions. After the game Graham applauded the intelligence and character of both sides of the line.

4. Not bad for a true freshman: Rather quietly Zane Gonzalez has stabilized a position which has haunted ASU the past couple years. The Deer Park, Texas native has converted 15-18 field goals, including 11 in a row after connecting on four more (26, 22, 36, 21 yards). Last year’s kicker Alex Garoutte has become a weapon on kickoffs and even kickoff coverage. He averaged nearly 40 yards a punt on four attempts in the win, as well.

5. Stepping up (for) Strong: After stud wide receiver Jaelen Strong left early with an ankle injury senior Kevin Ozier stepped up catching eight for 88 yards. Fellow senior Chris Coyle added five for 78 including a 14-yard score. Kelly spread the wealth hitting seven different receivers completing an efficient 25-41 for 258 yards and two touchdowns. He was intercepted once. Top to bottom it was his most complete game of the season which bodes well for ASU moving forward. Strong was wearing a walking boot after rolling his ankle. Good time for a bye week. The Devils will look to make it four-straight conference wins when they travel to Washington State on Halloween night.