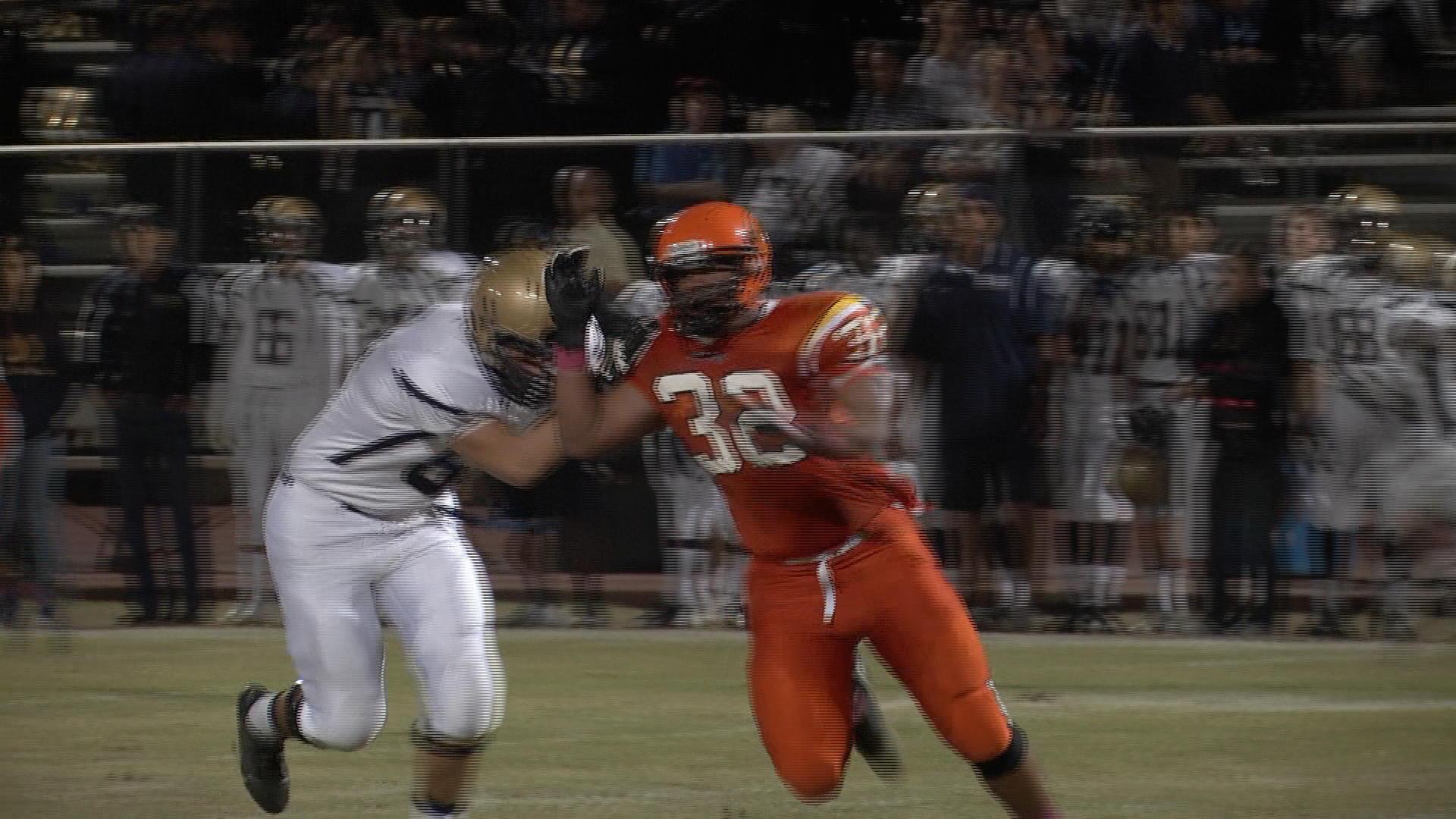 Saying “football runs in the family” doesn’t do justice for the Peat’s.

Former Phoenix/Arizona Cardinal and Oakland Raider offensive lineman Todd Peat has three sons who have all excelled on the gridiron. Todd, Jr started his career at Nebraska and now plays at Eastern Arizona College in Thatcher. Andrus, one of the top rated lineman in 2012, now suits up for David Shaw at Pac-12 power Stanford.

Cassius Peat, the youngest and a junior at Tempe Corona del Sol, is blazing his own trail. His skill set ranges from the gridiron to the basketball court where this two-sport star has been turning heads since his freshman year.

He’s already drawn offers from ASU and Michigan State as well as interest from Arizona, Stanford, UCLA, USC, Arkansas and Alabama among others.

He hasn’t been shy about leaning on those bloodlines to help him along.

“It’s good because I [take] a lot of good advice from all three of them,” Peat explained to Sports360AZ.com. “I got to see what my brothers did.”

Throughout his playing career at Corona he’s used certain skill sets from one sport to help with the other. Peat plays outside linebacker and tight end for the Aztecs.

“He has the ability to jump, run and do those things,” interim head coach Tim Kelly told Sports360AZ.com after CDS’s win over Desert Vista Thursday night. “It translates very well for him.”

Peat also expects to get bigger and likely change positions when he gets to college.

“He’s already 6’3 and 230 pounds,” Jewel said. “He has played some outside linebacker in the past but I see defensive end in his future.

He’s already drawn offers from ASU and Michigan State as well as interest from Arizona, Stanford, UCLA, USC, Arkansas and Alabama among others.