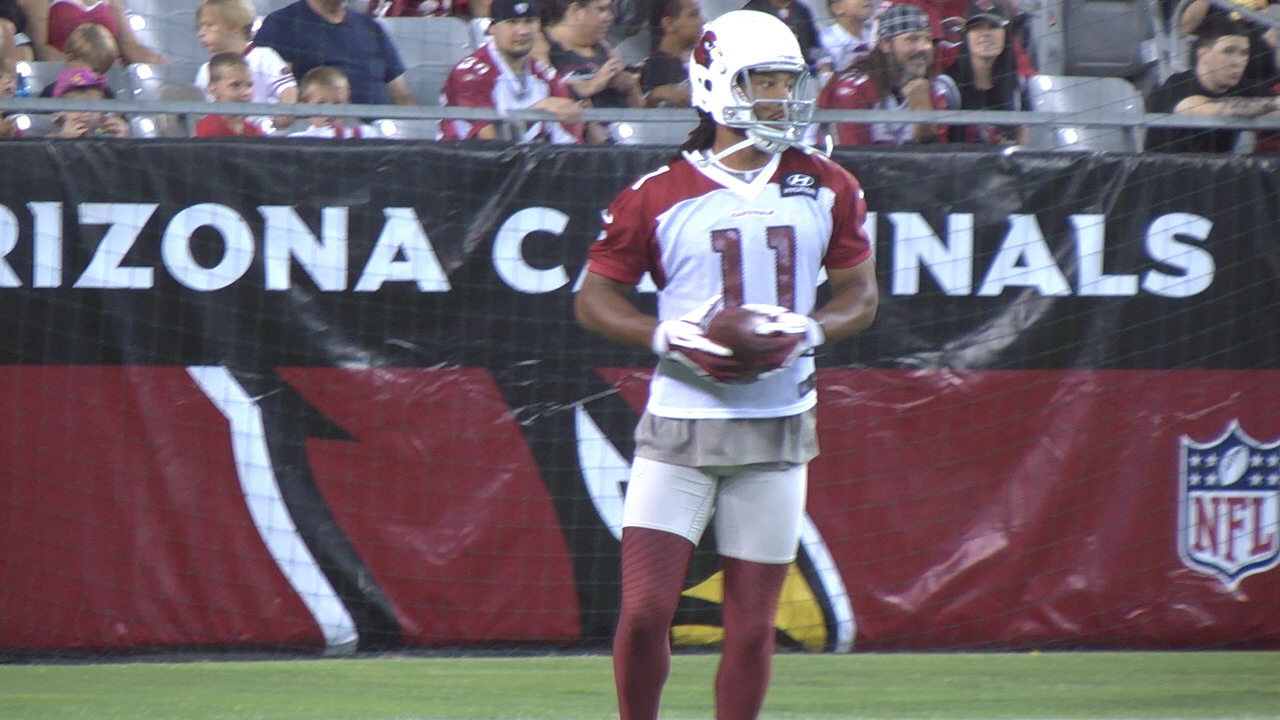 Levi Brown is a better run blocker than pass protector. Anyone who wants to argue that point needs to put down the bottle and deal with reality. That said, he’s never had more pressure on him to produce in all facets than this season. It’s not his fault that the Cardinals passed on Adrian Peterson to draft him in 2007. However, it’s on him to shut up all the doubters(most fans have already given up on him). Let’s see what you have Levi, this is your last chance in Arizona.
With over twenty new faces on the opening day roster, it’s evident that GM Steve Keim took over an inferior product. What HAS to be pointed out, he was part of the previous era that put together that cast of characters. I have to believe that Keim was in meetings during the Rod Graves regime thinking “what are we doing taking this guy” but he didn’t have the hammer. The back end,(players 30-53), of the Cardinals roster is MUCH better than it was the last couple of seasons. Start with the quarterbacks and work your way through the depth chart.
Larry Fitzgerald is 30 years old, he’s closer to the end than the beginning. Enjoy him while you can.
Tyrann Mathieu jersey sales will be brisk by mid-season.
Just because Darryl Washington has been suspended from the first four games of the season doesn’t mean that it’s acceptable to start the narrative on next season. I’ve heard that story before, “well, he missed games to start out the season and he never really got on track”…nope, not buying it. Washington was the first Cardinals’ linebacker to make the Pro Bowl since Seth Joyner in 1994. He will have a microscope on him when he’s back on the field.
Drew Stanton will be taking snaps at some point. I just don’t believe Palmer is going to make it through this season without getting knocked around. The loss of first round pick Jonathan Cooper cannot be minimized.
A 7-9 record will show progress from the wreckage that was the 2012 campaign.