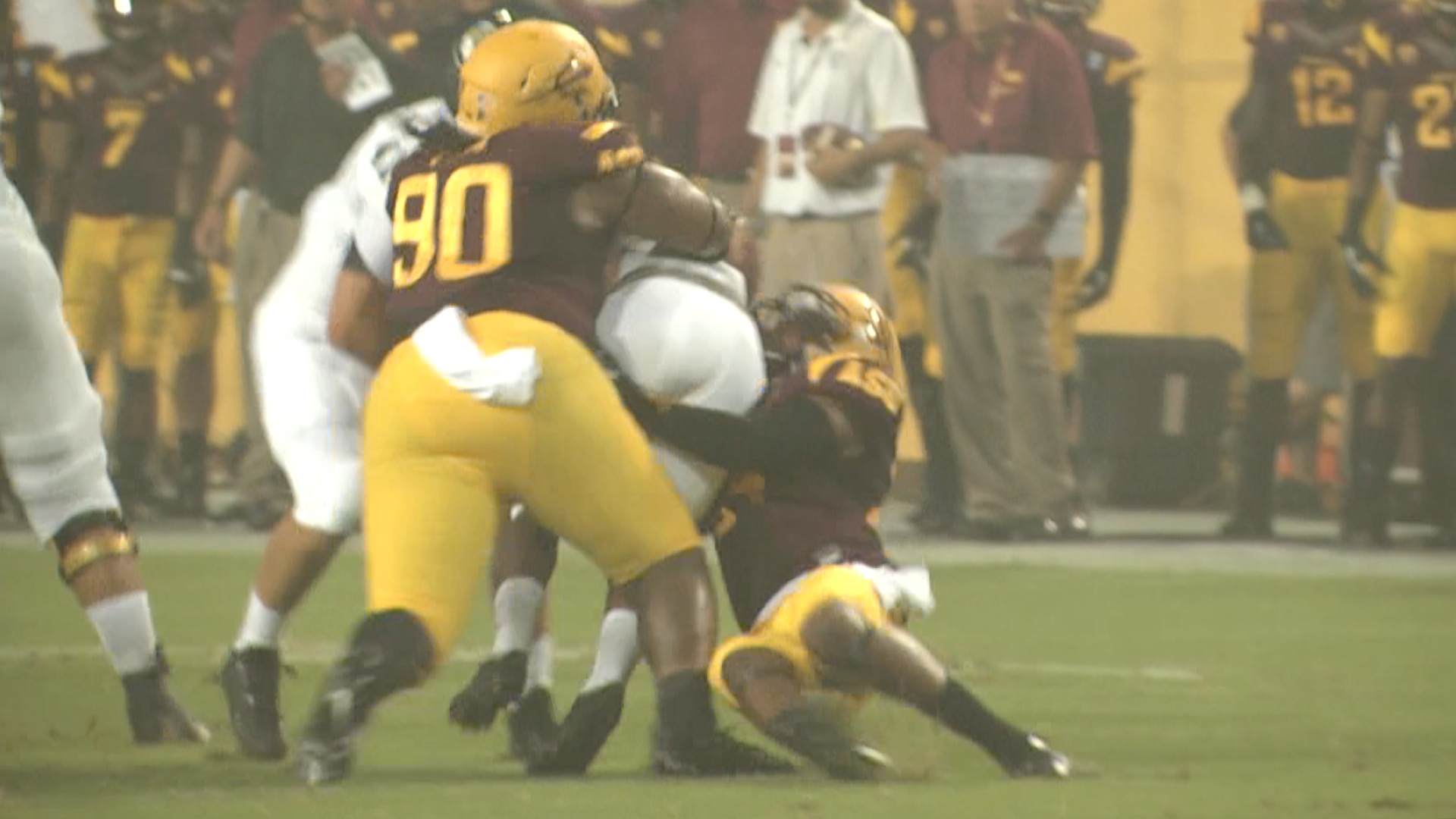 One of the biggest area’s of concern for Todd Graham on the defensive side of the ball for ASU going into the 2013 season was stopping the run.

When critiquing some of his best players like line backer Carl Bradford, he says he can get better at stopping the run. That was the same critique for a lot of players on the Sun Devil defense and as a collective unit.

Now as week two of the season approaches for ASU, they will get a great indication of where they stand on improving their run defense as they take on the nations second leading rushing team so far in this young season.

The Wisconsin Badgers have been dominate in all facets of the game after two weeks outscoring opponents 93-0, pitching back-to-back shutouts for the first time since 1953. But the area that has stood out above the rest is the run game which has tallied a total 780 yards on the ground already. Just second behind Oregon who has 850.

“This is as good a run team and as good a big play team as were going to play,” Graham said on Monday. “People don’t always correlate that with Wisconsin. They were fourth in the country last year, top four, in plus 40 plays. That’s a lot of big plays to be up there like that.”

Last week against Tennessee Tech, the Badgers had three players rush for over 100 yards in the game. Freshman Corey Clement led the team with 149 yards rushing and was named the Big Ten’s freshman of the week. They also have sophomore Melvin Gordon who had 140 and senior James White who had 109 on the ground as well. White as a matter of fact is the active FBS rushing leader.

“We’ll find out exactly where were at when it comes to run defense,” Graham added. “But I’ve got confidence in them.”

As mentioned, Wisconsin also has not allowed a point this season thus far. In fact dating back to the Rose Bowl last winter against Stanford, the defense has held opponents scoreless for 11 consecutive quarters. The most jaw dropping stat as it pertains to their defense is that opponents have crossed midfield just four times in two games.

The Sun Devils are coming off of a pretty impressive showing on offense themselves last week against Sacramento State. Taylor Kelly played a little more than two quarters and still managed 325 yards and five touchdowns.

Though a much more difficult defense comes to Tempe, the offense will not adjust and will still play their game.

“The key for us on offense is taking care of the football, being able to establish the run and take what they give us,” Graham explained. “It really will depend on what they do and all good teams do what they do.”

While on the surface it appears as if Wisconsin is the same team that has been on display for years as a team built on running the ball, a team with a lot of size and toughness and a team that is one of the best the Big Ten has to offer. However, it is year one under a new regime in Madison. New head coach Gary Anderson is in his first season but from what Graham can see, not much has changed with their program.

“From what I can gather in watching his team, his team is very disciplined,” Graham mentioned. “They know what Wisconsin football is all about. I think it is very similar even though you have different personnel and different positions. They have been pretty much perfect so far.”

Something will have to give on Saturday night as no Big Ten opponent has ever come to Sun Devil Stadium and won a game. ASU is 8-0 all time with the most recent home win over Illinois last season.

The Sun Devils will look to make it 9-0 and get what would probably be the biggest win of the Todd Graham era to this point.