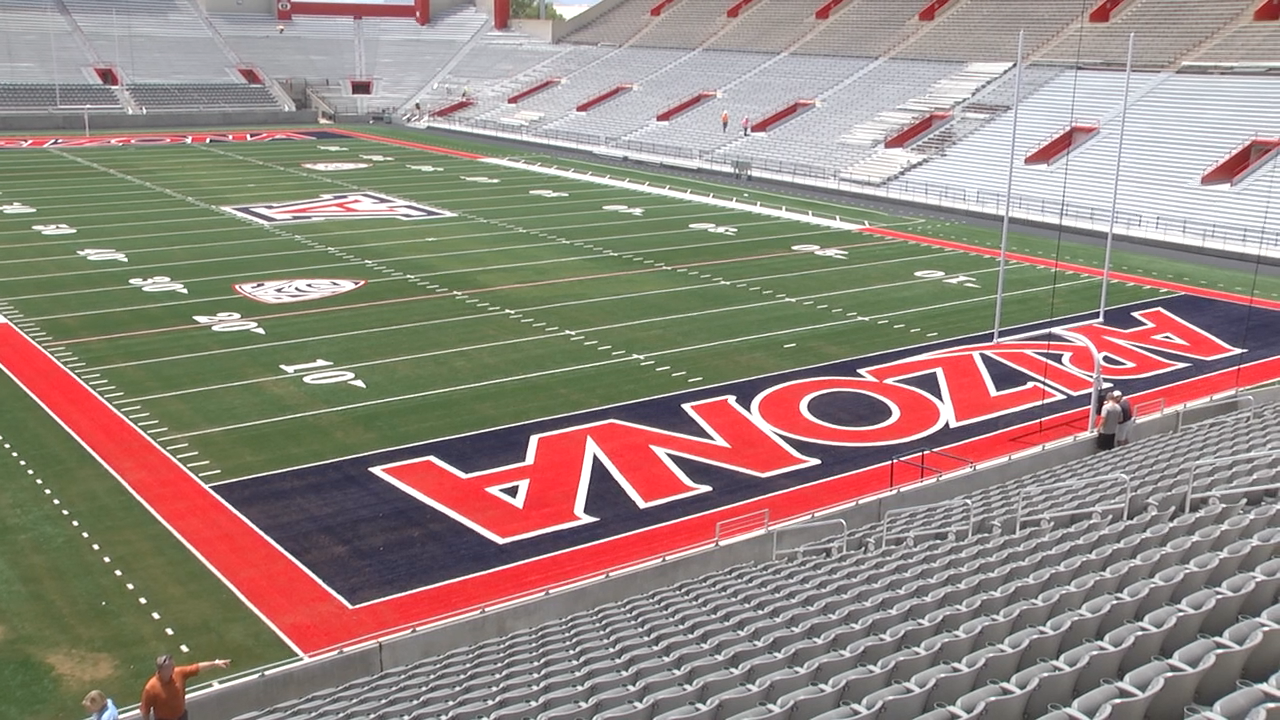 This season the Arizona Wildcats will likely look a little quicker when they take field August 30 against NAU in Tucson.

UofA is rolling out the carpet. Well, sort of.

The university is in the final stages of installing field turf both inside recently renovated Arizona Stadium and their nearby practice field.

“I think the biggest advantage of having field turf is you can practice on it year round,” head coach Rich Rodriguez told Pros2Preps.com in a recent interview.

The change from natural grass to field turf makes sense for a number of reasons. The Wildcats will be able to practice on it during late-summer monsoon season as they will no longer have to deal with flooded fields following rainstorms. The turf is also more aesthetically appealing for television and areal shots and will stay significantly cooler. The new fields have millions of pieces of cork making them softer and more comfortable for players.

Rodriguez said the ‘Cats will practice on the game field two days a week leading up to home games.

The new fields are a part of the school’s construction of the Lowell-Stevens Football Facility which features a new weight room, football staff offices, meeting rooms and much more. The $75 million construction is expected to be completed in a matter of days. It’s the first major project in the history of Arizona Stadium.

“It’s going to be very convenient for our players to go out of the weight room and get some extra workouts in,” Rodriguez explained. “Whether with the strength coaches or by themselves.”

The Cats have already seen a bump in recruiting from the new-look as Scottsdale Chaparral tight end Trevor Wood committed over the weekend and late Monday it was announced former Firebird and Texas Longhorn quarterback Connor Brewer is headed to Tucson where he’ll join ex-CHS teammate and Notre Dame transfer Devonte Neal. Brewer and Neal will each have three years of eligibility after sitting out this fall, per NCAA rules.